There are no cities in Maine. With a population of about 66,000, Portland doesn’t qualify, at least by national standards. If Portland were in Massachusetts, it would be the 15th largest community, bigger than Haverill but smaller than Framingham.

And city or not, Portland is often dismissed these days as a suburb of Boston, as if it were no longer part of the “real” Maine. Others denigrate its economy as appealing only to art, food and drink snobs; again, as if only extraction and processing businesses were legitimate economic sectors.

But if Maine is to grow its economy and provide opportunity for innovation and entrepreneurship, particularly for those under the age of 40, we must understand Portland beyond definitions of city and geography, beyond what demographic lives and visits there.

The facts about the Greater Portland area are impressive, especially if that area includes most of Cumberland, York and Sagadahoc counties. According to a recent analysis by the Bangor Daily News, “Greater Portland now generates more than half the state’s economic output and one-third of its jobs.”

Given that Portland—city or not—represents at least half of the pistons in the state’s economic engine, we need to pay attention to and care for it.

The three-part memoir series on Portland in the 1960s and 1970s by writer and editor Dana Wilde (part II is in this issue, part I can be found at WorkingWaterfront.com and the final installment comes next month) shows that the Portland of today was a very different place back then. And it’s likely to be a different place 20 years from today.

There is a predictable progression.

Industry moves away from the water. If the city is lucky, many of the 19th century buildings remain intact, having avoided the urban renewal impulse of the 1960s. The waterfront becomes seedy, maybe even dangerous, and rents drop. Artists and craftspeople move in, bar and food joints see a boost, and suddenly, the waterfront has a hip vibe, drawing in visitors from surrounding towns, then even out-of-state tourists.

Bars and food joints are replaced by pubs and fine restaurants. Hotels proliferate. Artists and artisans can no longer afford rents, but other start-up businesses begin to take shape on upper floors.

What lies ahead can be problematic.

Housing for the people who work in the pubs, restaurants and start-ups is affordable only on the outskirts of town, and then only 20 miles inland.

Then, a place like the Old Port risks losing its flavor. If chain businesses outnumber Mom and Pop places, because only they can afford to setup shop, suddenly it’s about as hip a place to visit as Disney World.

The best course of action is to spin today’s success to other parts of the city, and across the harbor to South Portland. Already, the recently shunned areas around Munjoy Hill are development hot spots.

Portland is Maine’s golden goose. And Portland has much to teach Maine. Policy makers should pay close attention. 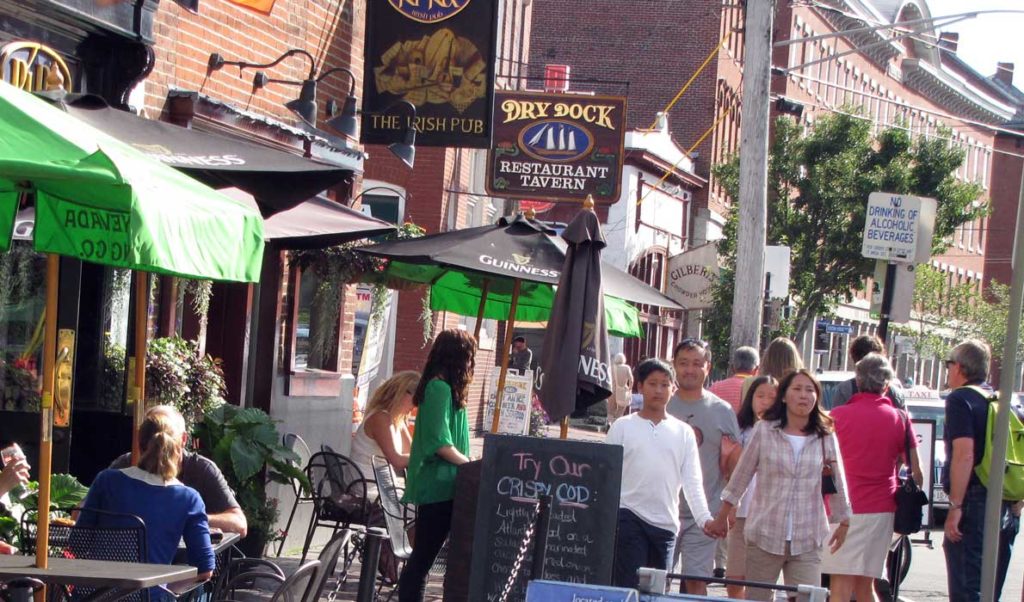