Two new studies published by University of Maine scientists are putting a long-standing survey of the American lobster’s earliest life stages to its most rigorous test yet as an early warning system for trends in New England’s iconic fishery. The studies point to the role of a warming ocean and local differences in oceanography in the rise and fall of lobster populations along the coast from southern New England to Atlantic Canada.

One of the papers, published in the scientific journal Ecological Applications, was led by Noah Oppenheim, who completed his research as a UMaine graduate student in 2016, with co-authors Richard Wahle, Damian Brady, and Andrew Goode from UMaine’s School of Marine Sciences, and Andrew Pershing from the Gulf of Maine Research Institute. They report that the numbers of young-of-year lobsters populating shallow coastal nursery habitats each year, and temperature, provide a reasonably accurate prediction of trends in the lobster fishery some four to six years later.

Their model predicted regional differences in the recent record-breaking boom over the past decade, and now suggests the Gulf of Maine lobster fishery may be entering a period of decline; in effect a “cresting wave” of lobster abundance that may be heading northward in the region’s changing climate.

“Our model projects that the Gulf of Maine’s lobster landings will return to previous historical levels,” said Oppenheim, who is now executive director of the Pacific Coast Federation of Fishermen’s Associations and the Institute for Fisheries Resources in San Francisco.

“These results don’t suggest a lobster crash, but this tool could give the fishing industry and policymakers additional lead time as they make decisions about their businesses and communities in the years ahead,” he noted.

“We recommend that the stock assessment community and fishery managers use this information in concert with other indicators of the health of the fishery, as an independent early warning system,” Oppenheim said.

The second article, led by current UMaine marine science Ph.D. student Andrew Goode, underscores the importance of local differences in the oceanography of the Gulf of Maine for understanding where the lobster boom occurred.

“We suggest that this increase resulted from a complex interplay between lobster larval settlement behavior, climate change, and local oceanographic conditions,” wrote Goode and his co-authors in their paper published in the journal “Global Change Biology.” The paper was co-authored by Brady, Wahle, and Robert Steneck, all of the School of Marine Sciences.

Goode and his collaborators observed that an expanded area of thermally suitable habitat for larval settlement in the eastern Gulf of Maine may have helped drive and amplify the lobster boom in the region over the last decade—a boom that elevated the fishery to its current status as the most valuable single-species fishery in the nation. This cooler deep-water habitat may provide refuge for juvenile lobster from the negative impacts of ocean warming and buffer the Maine lobster fishery from similar declines as observed in southern New England.

While the paper points to a “brighter side of climate change” in this case, it does not deny the adverse effects of a warming ocean south of Cape Cod for other species.

At the center of these studies is the American Lobster Settlement Index (ALSI), a long-standing shallow water monitoring study serving as an important indicator of the strength of new lobster year classes repopulating coastal nursery habitats each year. The survey generating the annual index was founded in 1989 by Wahle, a UMaine research professor, director of the Lobster Institute, and co-author of both studies.

The ALSI collaborative includes government marine resource agencies, academic institutions, and industry members in New England and Atlantic Canada who undertake and pay for the divers and boats to survey more than 100 sites spanning Rhode Island to Newfoundland. Wahle’s lab serves as the data hub for the survey.

“No one has a crystal ball, but in a field where sweeping statements are made about the global impacts of climate change, these studies underscore the importance of having a fine-scale, local, understanding of both oceanography and organism biology as we project the impacts of a changing climate on the future of our coastal communities and economy,” Wahle said.

The University of Maine Lobster Institute serves to maximize the engagement of UMaine faculty, students and facilities with stakeholders in the lobster fishery in the U.S. and Canada.

The articles can be found online at bit.ly/oppenheim2019 and bit.ly/goode2019. 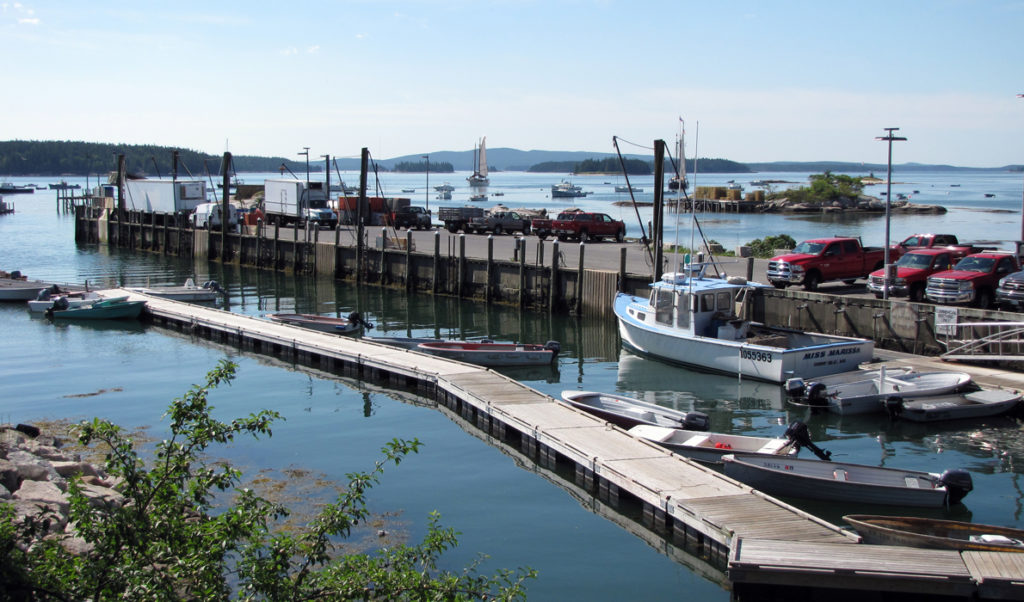