Here’s a question to ponder, maybe while you’re stuck in traffic this summer: What would Maine be like if the interstate highway system ended in Portsmouth, N.H.?

Transportation infrastructure impacts the way our communities grow, the way they function, and even what sort of relative prosperity they enjoy. A decision by highway planners can bless or curse a town. Or do both.

Bad transportation and community development planning can be blamed for the unattractive, hard to navigate stretch of Route 1/3 just east of downtown Ellsworth. Other decisions might still be debated. In the early 1960s, a bypass moved Route 1 away from downtown Belfast, preserving much of its charm, but probably hurting businesses there. Rockland has Route 1’s northbound lane as its Main Street, helping boost business, but perhaps unecessariy slowing those bound for Bar Harbor.

A story in this issue of The Working Waterfront reports on a conflict in Camden, as the state Department of Transportation plans to widen Route 1 north of the village. Some locals worry that a wider highway will diminish the rural nature of the road, and even hurt Camden’s “brand” as a pretty, tourist-friendly village. But DOT is responsible for keeping motorists safe, and the lack of shoulders, and trees and rock walls near the travel lanes can make the road dangerous.

Last year, we reported on plans DOT developed to ease the summer-long bottle neck on Route 1 in Wiscasset. The plans called for ending on-street parking on Route 1, and adding off-street parking, sidewalk “bump-outs,” and traffic lights. Though locals had a voice in the proposal, most are unhappy with the plan.

DOT’s approach to solve the Wiscasset problem comes more than ten years after construction of a bypass was dropped as a solution. Given the post-recession fiscal reality, it’s unlikely the state will build new, multi-million dollar roads. But the current Wiscasset plan also highlights a different way of thinking about transportation.

Instead of more pavement, the idea is to manage how people interact with the road and the town. Subtle cues, like sidewalk bump-outs, can encourage drivers to slow down, while at the same time, wider sidewalks can help keep pedestrians from wandering onto the road, slowing traffic.

In the last 20 years, transportation planners have adopted a more progressive approach to improvements. More lanes, and even wider lanes, result in more cars traveling faster, they have concluded, and that’s not always a good outcome. Land trusts have drawn similar conclusions about trails, often deciding to build smaller parking lots so a protected site doesn’t draw too many hikers.

The phrase “context sensitive” has begun to hold sway over transportation solutions, and that’s a victory, but there will still be cases in which more pavement is the best course. Sorting out the fix that works for both the community and the larger public can be messy, but should proceed with lots of discussion.

And lastly, we’ll take a stab at answering the hypothetical question about life without the Maine Turnpike and I-295. We’d be pretty, quaint, and poor. 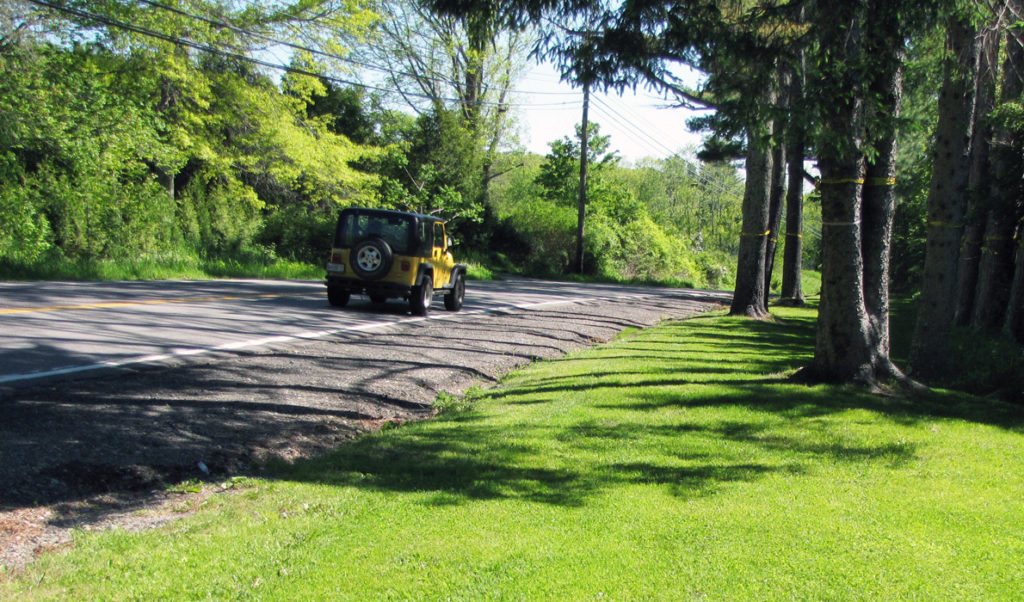