The town of Vinalhaven’s administrative assistant, Barbara Philbrook, gave notice several months ago that she would be retiring this month. Until it was revealed that she’d only been working here for 46 years, most of us had assumed she’d been there forever, or at least since Vinalhaven gained its relative independence from Massachusetts in 1820.

In fact, Barbara graduated from Vinalhaven High School in 1968 and took the job two years later when the island, with relatively little on its plate compared with today, was capably governed by a three-member board of selectmen. At the time those three were Ducky Haskell, Olga Carleton and Wyman Philbrook, one of whom served as head selectman and spent considerable time in the office overseeing town business.

Barb has been a valued employee—gracious, capable, attentive and courteous and she has set the bar high for her successor and for others whose lives are spent in public service. Barb has also been an involved citizen, having attended every town meeting that I can recall.

Last week she attended the 2016 town meeting, one of 12 people in attendance. Perhaps she remembers what a town meeting looked like when she began this job. I was away then, but I remember a town meeting ten years earlier. An all-day affair and a town holiday, it was attended by upwards of 200 people and was prudently interrupted at noon by a pot luck dinner. Out came Lydia’s MacDonald’s baked beans, Dottie’s corned hake, Isabel Robert’s red top casserole and other delicious offerings, followed by homemade pies of every description to feed everyone on every side of every issue, all sitting next to one another.

By the time dinner was over everyone was in precisely the right frame of mind to conduct the rest of the town’s business and they did it with grace, good humor, involvement and thoughtful deliberation. They’d all read the warrant beforehand and knew what was coming next, how they felt about it and what questions they needed to ask. By that time, too, they’d all cast their votes for selectman and those three were seated at the head table.

The town was run entirely by the selectmen. We didn’t have a town manager untll around 1980. I doubt there were many years when there were no candidates for selectman.

And nearly everyone turned out to vote. For the last two or three elections, there have been no candidates and few voters—250 of 950 registered. Folks with a handful of write-in votes have been nudged into office. Neither do many turn out at town meeting; 12 this year, and at last month’s school budget meeting, less than ten turned out to consider a $4 million budget.

I’d like to say there’s no excuse for it but that’s wrong. I wonder what it is.

Perhaps the public is just so supremely comfortable and satisfied with Andy Dorr, our new town manager, and with the five-member board of selectmen at whose pleasure he serves, that they feel no need to attend town meeting.

Perhaps they are content to let the five of us—I am one of the selectmen—oversee the expenditure of $6.5 million of their tax dollars without any accountability. I like to think that’s the case.

I do believe we have a very good board, but I wonder if I am not just fooling myself to think that the reason no one turns out to hold our feet to the fire is because we inspire such confidence. I’m afraid it might be that no one cares.

Phil Crossman lives on Vinalhaven and owns and operates the Tidewater Motel. 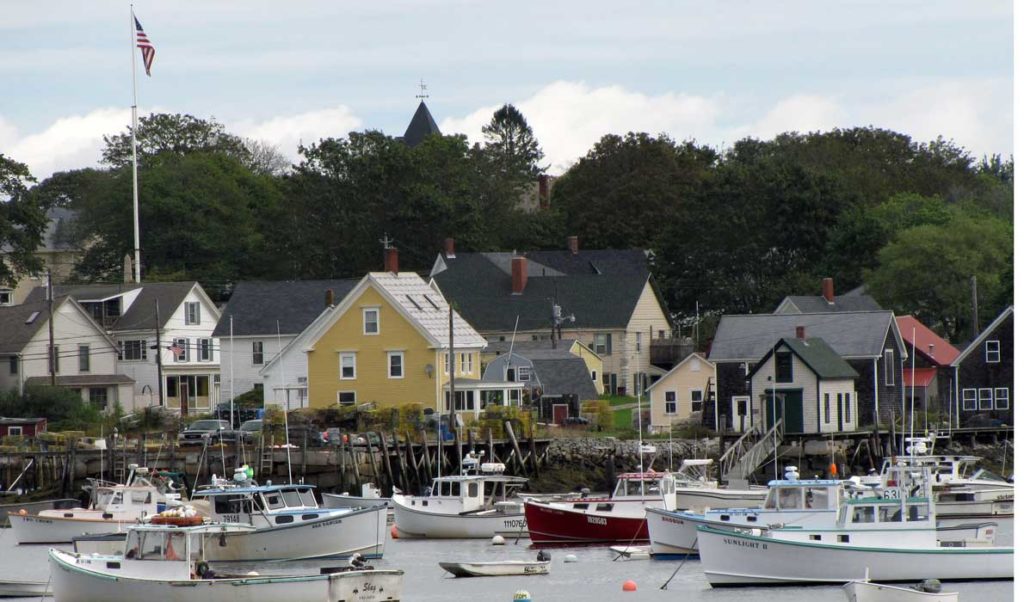