A National Park Service report shows that Acadia National Park’s 3.5 million visits in 2017 resulted in $284 million in spending in the local region. That spending supported about 4,163 jobs and had a cumulative benefit to the local economy of $338 million. 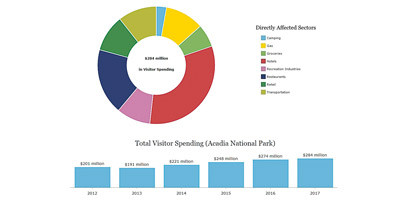 “Acadia National Park’s extraordinary beauty and recreational opportunities attracted a record number of visitors in 2017 making it the seventh most-visited national park in the country,” said park Superintendent Kevin Schneider. “We value our relationship with the neighboring communities and appreciate the services, experiences, and amenities they provide to park visitors.”

The peer-reviewed visitor spending analysis was conducted by economists Catherine Cullinane Thomas of the U.S. Geological Survey and Lynne Koontz of the National Park Service. The report shows $18.2 billion of direct spending by more than 330 million park visitors in communities within 60 miles of a national park. This spending supported 306,000 jobs nationally; 255,900 of those jobs are found in these gateway communities. The cumulative benefit to the U.S. economy was $35.8 billion. 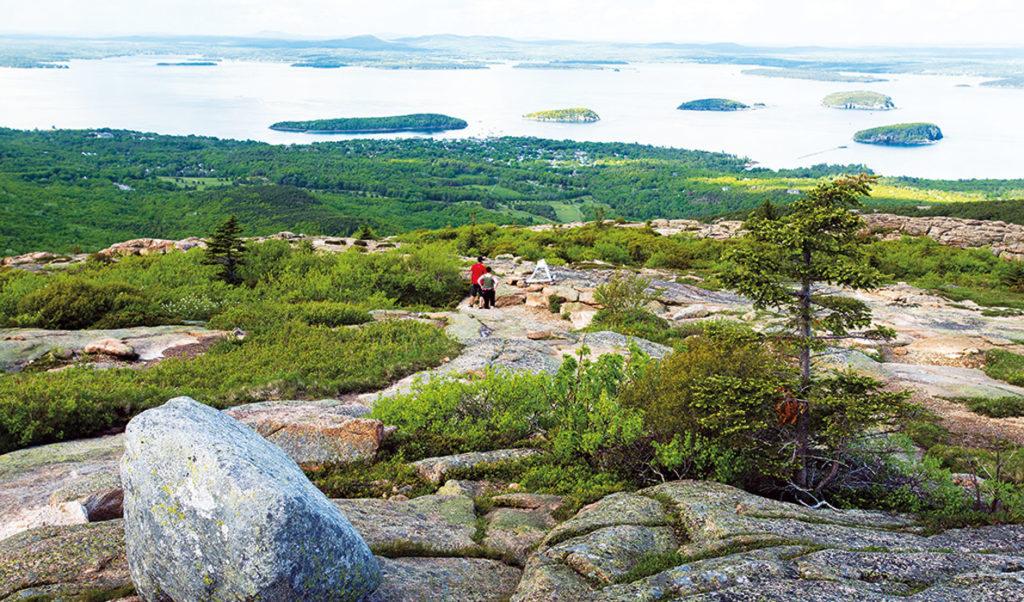 A view from Cadillac Mountain in Acadia National Park.