Topsham: From the River to the Highlands

Long before Thomas Purchase in 1628 set up a little trading post in the area known as Pejepscot near the outlet of the Androscoggin River, Abenaki Indians probably ran a village there. Archaeological digs, according to Robert C. Williams’ new little history, Topsham: From the River to the Highlands, have turned up “pottery shards, buttons and a hearth” dating to around 1,000 BCE.

But that culture was doomed, as we now regretfully know, and Williams from that points sets out to give us an overview of the rest of what’s been documented since then.

Early in his book, we hear the background of English settlement efforts in the first decades of the 17th century, beginning with the Popham Beach undertaking, just up the coast from Pejepscot, and the soon-to-follow fishing boats from Britain harvesting the Grand Banks, including many from the English port city of Topsham.

By 1639, Purchase, the only settler known to have been in the area up to then, relinquished his lands to John Winthrop’s recently chartered Plymouth Colony, setting in motion a complex jockeying for control of the area. The history of Topsham, in what would become Maine, was under way.

Williams’ book traces the ins and outs of the politics, commerce and social life of the town tucked between Brunswick and Bath right up to the present day. We learn of the stately homes built for town fathers such as Dr. Benjamin Porter in the early 19th century, and of Topsham’s efforts in the War of 1812, the Civil War and others.

The town emerged as a commercial center and had a brief run as a shipbuilding focus around the time Maine became a state in 1820, slowing down only after activities shifted to deeper waters around Bath. By 1834, a Merrymeeting Bay bridge was being constructed.

The Second Great Awakening in American religion, Williams recounts in one interesting passage, brought the founders of the Seventh Day Adventist Church to Topsham in 1840. Ellen G. White soon “experienced a widely publicized series of heavenly and planetary visions at the home of Stockbridge Howland” on the corner of Main and Elm streets. White and her husband, James, went on to publish Topsham’s only newspaper for a time during the 1840s.

The paper industry began its formidable run in the latter part of the 19th century, and Topsham Paper Company built its first mill on Great Mill Island in 1868. Cotton, textile and grinding mills emerged before the turn of the century, and the Pejepscot Falls dam was constructed in 1893 to power the complex there.

Topsham worked with the rest of the nation through the two world wars, and in his last chapters Williams outlines the postwar expansion and development of the town from baby boomer period, through the powerful impact of Brunswick Naval Air Station, improvements through the 1970s to infrastructure and roads such as I-295, and the recent evolution of the town’s government.

Topsham: From the River to the Highlands is not an in-depth scholarly text, but instead it provides an experienced historian’s reliable, fun overview of the river town’s place in the area’s past, and present. Williams holds a doctorate in history from Harvard University, and has taught at Bates College and Williams College, among others. His book Russian Art and American Money, 1900-1940 was nominated for a Pulitzer Prize in 1980, and his predecessor volume to “Topsham” is Lovewell’s Town, a history of Lovell, Maine.

Both books are available from Just Write Books in Topsham. More information about Williams and his books is available online at www.jstwrite.com.

Dana Wilde, an editor and former college professor, is a columnist and reviewer living in Troy. You can contact him at universe@dwildepress.net. 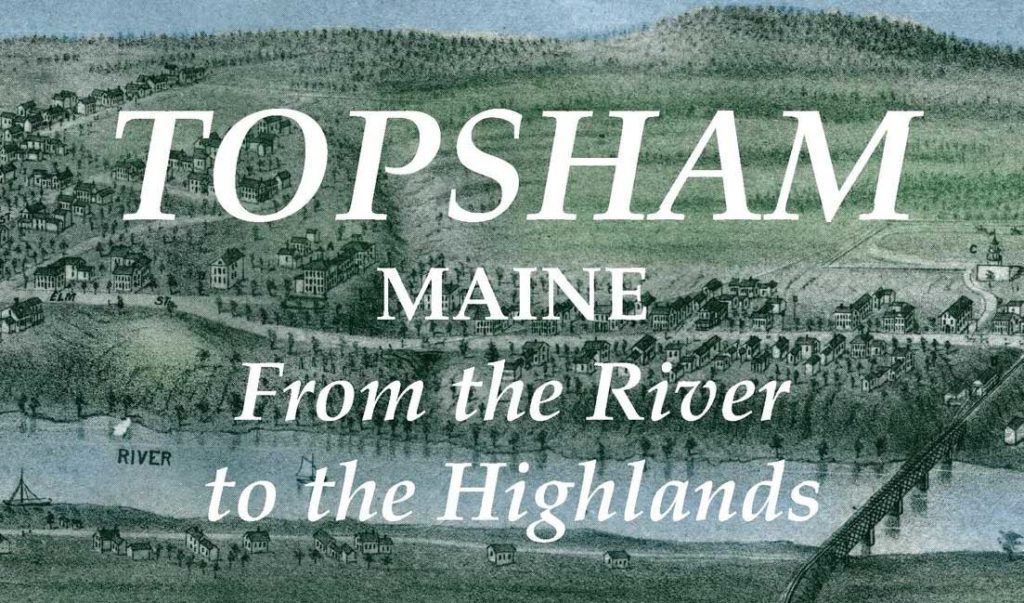