By Tom Groening//Photos by Kelli Park

A quick, random survey of a half-dozen fishermen on their use of personal flotation devices, or PFDs, at the annual Maine Fishermen’s Forum in Rockport on March 1 led to a telling moment. Philip Donovan, 48, who lobsters out of Bass Harbor, acknowledged that he didn’t wear the safety device.

“I just think they get in the way,” he said.

But for his 12-year-old son, Harley, who fishes from an 18-foot boat in the summer? “Yes,” the elder Donovan said, when asked if he makes his son wear a PFD.

Donovan was aware of the many new versions of PFDs now available to fishermen, such as the thin “spaghetti” type that drape over one’s shoulders, and can be inflated with the pull of a line. And he even supports the idea of mandating PFD use.

But for Donovan and his fellow lobstermen, well, they say they just can’t get used to wearing it. 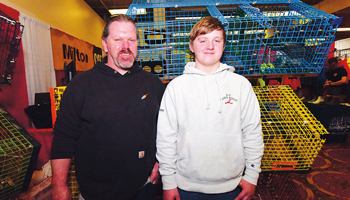 According to the National Institute of Occupational Safety and Health, deaths among lobstermen marked the highest number of occupational fatalities in East Coast fisheries from 2010-2014. Most deaths were related to falls overboard (50 percent) or vessel disasters (30 percent), and based on reports, none of the recovered victims was wearing a lifejacket.

“No, I don’t wear one,” said Willis Spear, 67, of Yarmouth, who fishes from Portland. He will don a PFD while doing repair and maintenance work on his boat, even while it’s docked, but not while fishing, saying “It’s cumbersome.”

And Spear recalls having to wear one when he was working on tugs in New York Harbor, and even acknowledges getting used to it. 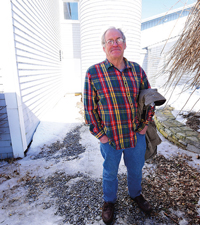 Josh Spearing, 44, of Owls Head, also confessed to not wearing a PFD, but added: “It’s something we’re thinking about,” particularly as he gets older. And his oldest son, who fishes from his own boat, wears one.

Spearing cited the initial cost as a barrier, and suggested that one should be given to a fisherman when he secures his license, even if that means raising the fee.

T.J. Faukingham, 54, of Belfast, admits he should wear a PFD—especially since he can’t swim. A personal motto comes to mind as he discusses the matter: “Don’t let greed overcome your common sense,” he says.

Eben Wilson, 39, who fishes from South Bristol is direct in his answer to the PFD question.

“In 31 years of fishing, I never have (worn a PFD). What keeps me safe is knowing my vessel,” he said. Pressed on his decision to not wear one, Wilson said: “I’ve just never found one that’s comfortable wearing.” 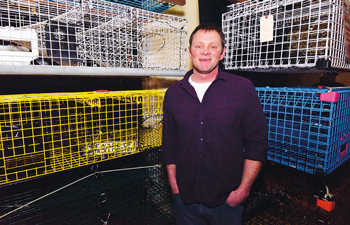 And this is where researchers at the Northeast Center for Occupational Health and Safety come in. Working with lobstermen in Maine and Massachusetts over the past few years, they’ve identified the need for user-friendly, commercially available lifejackets.

“We have also discovered that choosing a lifejacket is really a matter of personal preference,” said the lifejacket project coordinator Rebecca Weil, “so fishermen need to have a number of options to consider, as well as information on the various features that will likely meet their specific work needs.”

A campaign this spring will send two vans to ports in Maine and Massachusetts, and staff will present lifejacket options at a one-time discount and will allow fishermen to try them on, get information about the various options available, and learn about additional technology that can improve fishermen’s chances of recovery and survival in the event of a fall overboard. 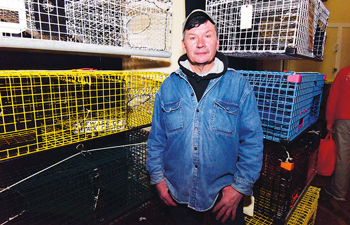 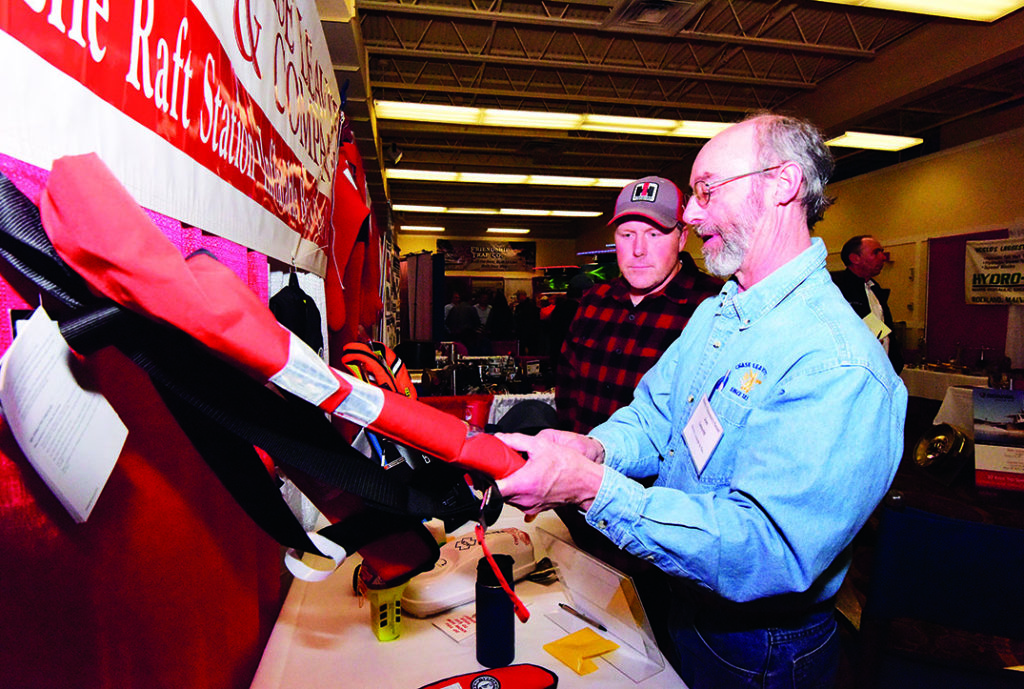