Tick activity was observed in late February and early March tied to the mild winter. Ticks were sighted earlier than normal as far north as Bangor, he reported.

In addition to above-average temperatures, Lubelczyk said moisture is necessary to deer tick health. Drying ground conditions that occur as trees, shrubs, and grasses start to turn green in the spring hinder ticks, he said, as the plants pull moisture from the soil. Depending upon the amount of rain or late-season snow, ticks can either have a good start or a difficult time surviving.

Ticks spotted in spring are usually holdovers from the previous year which never made their way onto wildlife, such as white-tailed deer Lubelczyk explained. Ticks appearing in early summer are nymphs, which are responsible for most human cases of Lyme disease. They will emerge in the fall as the adult cohort.

Tick populations are firmly established in many off-shore island communities and along the coast, he said, and have been especially prevalent in York, Kennebunk, Scarborough, Newcastle, and Rockland.

Lubelczyk attributed the large tick populations in those areas to “the relatively high deer herd and suitable habitat for deer and Eurasian honeysuckle.” Coastal areas also have milder winters and cooler, moister summers, both of which benefit tick survival.

According to Maine CDC, a total of 2,132 cases of Lyme disease were reported last year, the highest number ever in Maine. There were also 685 cases of Anaplasmosis reported, representing a 44 percent increase from the previous year. The 138 cases of Babesiois reported also represented a dramatic increase.

Maine CDC’s website reveals that 105 cases of Lyme disease and one case of Anaplasmosis were already diagnosed by the first week of April this year. The majority of Lyme cases were reported in Cumberland, York, Knox, and Penobscot counties. The single Anaplasmosis case was reported in Somerset County.

In a press release issued earlier this year, Maine CDC Director Dr. Nirav Shah said he couldn’t speculate on the reason for the dramatic increase in tickborne diseases here. The greatly increasing numbers demonstrate the need for prevention, he said.

“Lyme disease and other tickborne diseases are on the rise, so Mainers need to proactively protect themselves,” he said.

Maine CDC recommends residents and visitors protect themselves by using the following “No Ticks for ME approach”: 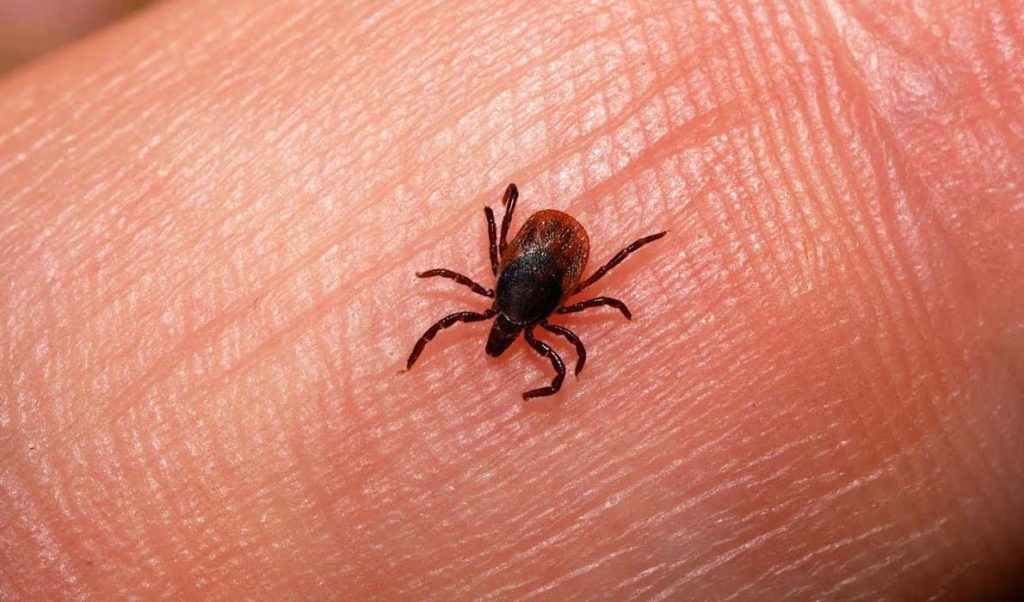