A letter recently landed on my desk from a reader of The Working Waterfront. The man, who lives in New Harbor, receives the newspaper in his mailbox; we mail the paper to everyone on Maine’s 15 year-round islands, as well to all of Mount Desert Island, the Blue Hill-Stonington peninsula, the Port Clyde peninsula, the Pemaquid peninsula, and other areas; 20,000 in all.

We also insert the paper into the Portland Press Herald for 9,000 of its subscribers in the bedroom communities surrounding the city, and for 8,500 subscribers of the Bangor Daily News along the coast from Belfast to Lubec.

I like to say that some 38,000 people get The Working Waterfront… whether they want it or not.

The New Harbor letter-writer was in the “not” category, and asked that we discontinue mailing it to him. He objected to what he sees as the newspaper’s wholehearted embrace of climate change as a man-made phenomenon.

I replied to him, writing:

“You are correct in surmising that we as a newspaper and an organization see climate change as the result of human activity. Furthermore, we don’t think it is worthy of debate, any more than, say, whether ticks are responsible for giving people Lyme disease or whether there is a link between prescription painkillers and heroin use.

“I doubt that I’ll be able to change your mind, but I ask that you consider some facts. More than 95 percent of climate scientists believe the warming oceans and warming temperatures are the result of human activity. And they are warmer; most of the warmest annual land temperatures recorded since the late 19th century were in the last 20 years. Water, too, is warmer; ask lobstermen, and they’ll tell you that sheds occur earlier than ever before, and that lobster as a species are moving north and east to cooler waters. The polar ice caps are melting. There is no shortage of measurable evidence.”

Since replying to him, I learned that 2017 was the second-warmest year on the planet since records have been kept.

I closed the letter with this thought: “If I am wrong, and warming seas and a warming atmosphere are not man-induced, what have we lost if we as a state, country, and world move to cleaner sources of energy (solar, wind, etc.)? Fewer of our children will have asthma and other breathing ailments. The toxins associated with burning coal will be reduced, as will the devastating way it is mined. And we will have fewer armed conflicts in the Middle East as we move away from oil, which, by the way, will eventually run out.”

I also expressed hope that other content in The Working Waterfront was worth reading; and if not, it helps start a fire in a woodstove.

Another issue we cover is the need to bring broadband internet to the islands, the coast… well, the whole state. It’s essential for economic development, education, and healthcare. We see its importance in the same light as the federal government saw rural electrification in the 1930s.

A recent story in The Guardian suggests the United Kingdom is grasping the broadband imperative more than we are here. The report described 1 million “forgotten homes” in the U.K., “unable to get sufficiently fast broadband to meet a typical family’s needs.”

The U.K.’s Office of Communications (similar to our FCC, though more comprehensive in its regulatory reach) noted that “rural families were being left behind… 17 percent of homes were not getting decent internet, compared with 2 percent in cities and towns.”

The U.K.’s digital minister, Matt Hancock is quoted: “We will have taken superfast broadband to 95 percent of the U.K. by the end of the year, but we are not complacent and there is more work to be done. We are making sure that by 2020, every home and business in the UK will have access to reliable, high-speed broadband.”

Lastly, we’d like to recommend readers check out video of our Jan. 19 Waypoints Forum in Portland. The event gathered some interesting and innovative players, some of whom have achieved success in Maine, and some who have achieved it on a national scale, speaking candidly about lessons they’ve learned. 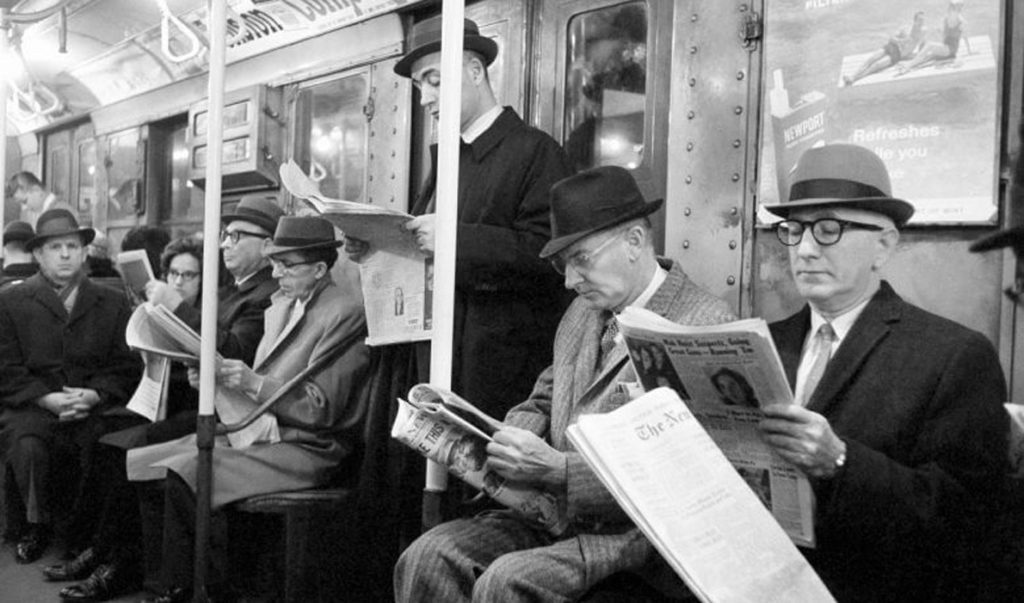 Readers of The Working Waterfront on their morning commute from Portland to Eastport.