Reflections is written by Island Fellows, recent college grads who do community service work on Maine islands and in remote coastal communities through the Island Institute, publisher of The Working Waterfront.

My first draft of this piece was terrible. I wrote a nondescript, short essay about projects I was working on—building a photo inventory, spending grant money we won from the Maine Community Foundation, helping to develop a website for the museum, finding ways to work with the school, etc. etc.

I re-read it the day after I wrote it and promptly deleted it. My second draft of this piece was terrible. In fact, it was worse than the first.

Two things came together during the writing of my second draft to create what I could only imagine reviewers would call “the epitome of jaundiced and boring literary un-enthusiasm.” The first was the fact that Swan’s Island was experiencing what felt like day 1,482 of rain, and the second was the realization that this was the last time I would be writing for The Working Waterfront. It was the most recent addition to a lengthy list of “lasts” and “almost lasts” that had been accumulating in my head. I deleted my second draft the same day I wrote it (you’re welcome), but it caused me to sit and think.

I became an Island Institute Fellow knowing the position would end after two years. Leaving Swan’s Island was an inevitability and so was something I hadn’t thought much about.

With the start of my second year, I was peppered with questions regarding what I was going to do when it was over. I didn’t (and don’t) really have an articulate answer—Idaho, the National Park Service, some half-baked idea involving putting my cat on a leash and going on a months-long hike—the future is unclear.

What struck me, though, was thinking of packing, my last ferry ride, saying my good-byes, and these visions of actually having to leave caused my daily internal dialogue to sound something like this:

(Weepy voice, with a sappy Sarah McLachlan song in background.)

This is your last fall on Swan’s and it’s probably the second-to-last time that the trees will have leaves and the scenery will look so perfect and then it will be winter… Oh no! It’ll be the last winter, too, with the crunchy snow and the icy water and the snow on the water. And the museum! Oh, adorable museum, it’s probably like the 265th-to-last time that a spider will scare me half to death, but I’m gonna miss it anyway.

What in the world was wrong with me*? I was barely two months into my second year as a Fellow and already getting melancholy over an event that was still weeks, months, entire seasons, in the future.

A conversation with two wise friends (thanks McAloons!) made something clear: in the past, I may have lived in a place, but I was not part of a place. I like to believe that here I am. Not an integral part by any means, but a part nonetheless. Enough of a part to be (politely) ordered to attend a cross-country race by a group of kids, to be asked to re-make a specific dessert for the next pot-luck, or to recognize others just by their wave as they drive by.

So here is my third draft: a still imperfect, slightly rambling stream of consciousness; a premature attempt at coming to terms with my feelings for the island I have been calling home, the friends I have made, and the community that took me in and made me feel like I was a part of it, even for a little while.

*Everyone has an internal dialogue like this, right?  Be honest. Also, please don’t think I am insane.

Stevie Kowalczyk works with Swan’s Island’s Lobster and Marine Museum to help curate its extensive maritime and fishing history collection. She is supporting this work with marketing outreach, education, and volunteer recruitment. She has a Master of Science in cultural heritage management from the University of Minnesota. 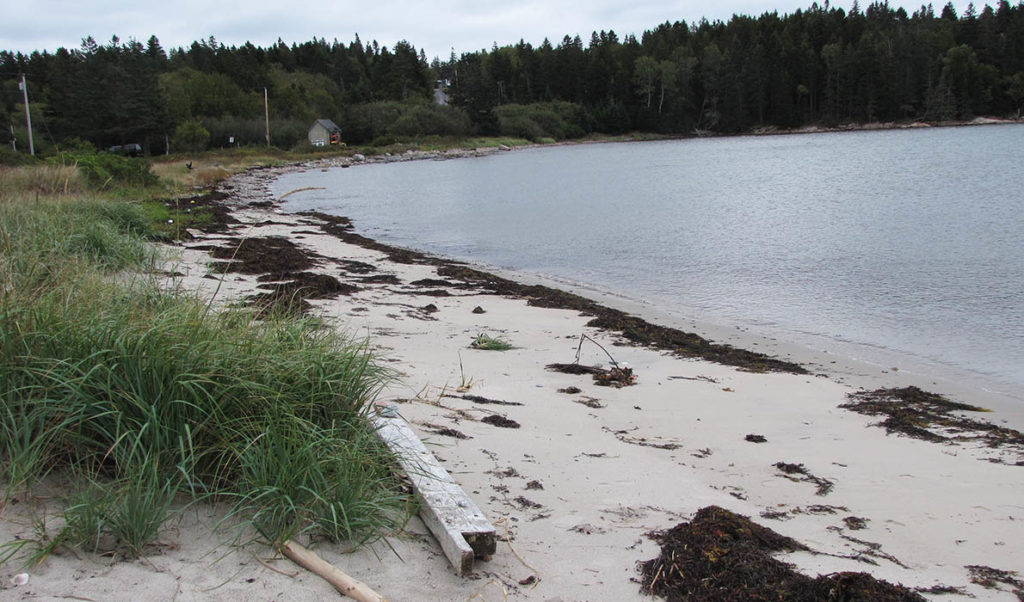