Fishermen from 15 U.S. fishing communities recently met in Boston to talk fish and fishing. But if you closed your eyes and listened to the discussion, you would have assumed it was a room full of bankers.

They talked of valuing new assets and entering new markets, financing and purchasing new classes of assets, and management and allocation of these assets.

Brief context: In 2010, New England ground fish became private property. Fishing permits were privatized in the mid-1990s. It’s been this way far longer on the West Coast. When the fish were privatized here in New England, the fisheries management council, made up largely of fishermen, recommended that the government grant the ground fish in the region to fishermen based on individual fishing history.

Under the new management system, called “sectors,” fisheries scientists would agree on the number of fish in the ocean, and then the total pounds of fish would be divided up and granted to people with fishing permits who had a history of fishing between 1996 and 2006. If you fished hard during that time, then you received a windfall from the federal government in the form of pounds of fish attached to your permit. If you had no history, or a poor history of fishing during that time, you were granted few or no fish.

Today, fish allocations can be leased to other permit holders and fishing permits can be sold. Each permit has 18 different species on it. You can either catch the fish on your permit or you can lease your fish to other ground fish permit holders. You can also own more than one permit, “stacking” them so that you can go for more fish.

When fish and permits became private property, fishermen had to learn to participate in a new capital market. As with many new markets, it was and continues to be very inefficient. Pricing on fishing permits and lease values for pounds of fish across 18 species continue to be opaque.

Consider this question: What is the value of a fishing permit when the 18 stocks on that permit are in various states of collapse or rebuilding? Added to this are a highly politicized regulatory environment and the uncertainty of climate change on the future value of your fish and fishing permit. If you can value a fishing permit with certainty after considering these variables, then you are probably making it up, working on Wall Street, or both. Case in point: There was one person in the room who had worked on Wall Street and was there to help fishermen think about this challenge.

Faced with this daunting learning curve, fishermen had two choices: sell their permit or learn to participate in this newly forming market. Most of us would run for the door. The people in the room were the survivors, and many of them had not advocated for this new management system.

This kind of uncertainty attracts all types of characters. Interestingly, all of the fishermen at the meeting in Boston were there with nonprofit or professional staff. Importantly, many of the participants were friends. It turns out that struggling with the work of privatizing ground fish had created a degree of empathy between the environmental groups and the fishermen in the room.

In order to grapple with this uncertainty, fishermen and nonprofits came together and created an idea called “permit banking.”

Permit banks represent nonprofits and fishing groups pooling their technical and financial resources to purchase permits and put the fish on these permits to work in fishing communities. The motivations vary, but in general they work to bring a set of ethical commitments to an emerging capital market. Some are permit banking to achieve economic outcomes like making it possible for new entrants to enter the fishery in the future. Others are involved to experiment with conservation practices and new fisheries monitoring technologies.

Over all, the roughly 75 participants in Boston were there to secure access to fish for their community economies. This, to me, represents very hopeful thinking and action meant to assist an iconic industry that is hurting. Perhaps through this work we will be able to look back in 50 years and thank the leaders of this effort for making it possible for ground fish to once again be a part of a diverse fishing economy.

I would like to thank the Maine Coast Fishermen’s Association, The Nature Conservancy and the Cape Cod Fisheries Trust for their invitation to facilitate the National Permit Bank Workshop. More information on this meeting can be found at http://capecodfishermen.org/item/permit-bank-workshop 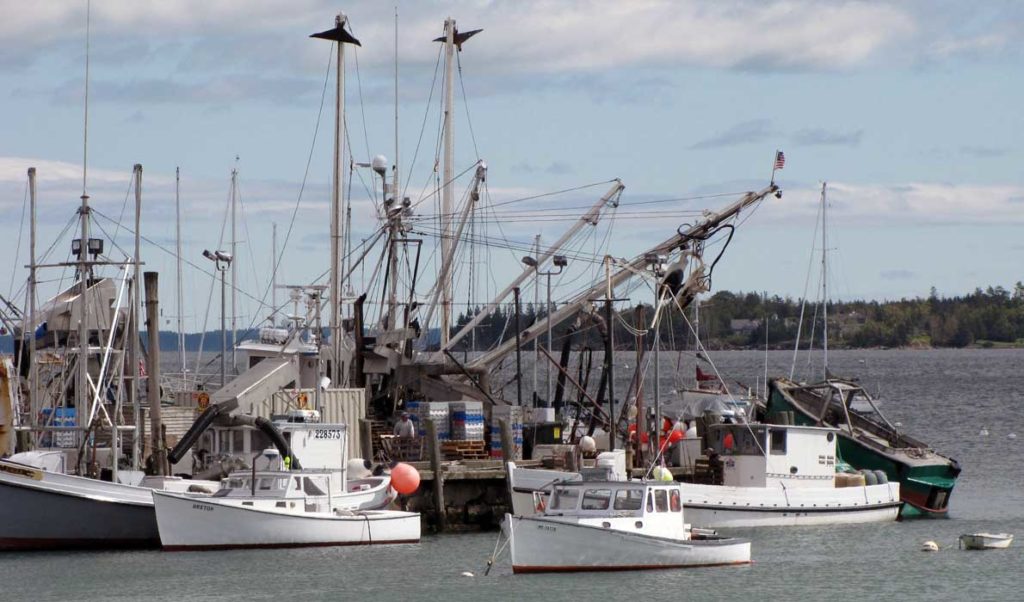