No one can doubt that our commercial fishing industry is now suffering from a variety of problems, some long in the making and others quite recent.

With each new development, Maine’s fishing prospects have grown smaller, going back to the establishment in 1984 of the Hague Line, an imaginary line in the Gulf of Maine that separates the United States and its fishing rights from those of Canada.

Maine’s groundfish landings have dropped by 90 percent since the heyday of the 1980s and now the lobster fishery is beginning to see problems, too.

It’s enough to make you ask why someone would even be in this business or stay in it, and yet we soldier onward, harvesting finfish, shellfish, baitfish, and even seaweed because, as the saying goes, that’s what we Maine people do.

The world of commercial fishing that once was made up of schooners, dories, handliners, and ice is now, in our time, populated by scientists, regulators, diplomats, landlords, agencies, academics, ecosystem managers, attorneys, researchers, observers, inspectors, marine archeologists, big refrigerated trucks, cargo jets and, of course, the catchall: stakeholders.

But there is an old saying in this business: It all comes out of the cod end. This means that fishermen catching fish is the economic engine that drives everything else.

It takes a certain measure of courage to stay in this game, because the odds don’t look too good. Where are the fish? Will you be allowed to catch them?  Who will buy them? How much will they pay?

Still, the fishermen fuel up, ice up, check the weather and head out. To them, this isn’t work; it’s life. They name their boats after their daughters.

Tenacity is not taught in schools. Either you are a tenacious person, one who can meet challenges, or you’re not. Some people have a knack for focusing and getting the work done.

For example, a fish processing building was under construction on the Portland waterfront recently. Some sheetrock needed to be moved but the construction crew wasn’t around, so the owner of the business simply fired up the forklift and moved it herself, and the workday went ahead.

Lobster harvesters are now facing setbacks caused by new tariffs, right whale rulings, changing ocean temperatures, and now the coronavirus. But they fish nevertheless. A little perseverance is what can make the difference between keeping a business alive or not.

Dedication counts. There is a Maine fish house that handles ten million pounds of product yearly using a 12-person crew, and the general manager likes to come in every Sunday morning when the place is empty and quiet.  That is when he mops the floors.

People who make their living on the water know in a deep sense that this is what they want to do with their lives. They aren’t waiting for the weather to get better or for prices to rise. They go to work, believing they will find a way to succeed through perseverance, resiliency, determination, and optimism.

Lately a new interest has appeared in America around the concept of grit: who has it, what is it, where does it come from, why is it important, how is it connected to success. Sociologists now study grit, behavioral psychologists try to explain it, and students in Ivy League business schools read books about it.

But Maine’s seafood people—resiliency and grittiness personified—they are the ones who write those books.

Tom Valleau is president of the Portland Fish Exchange. 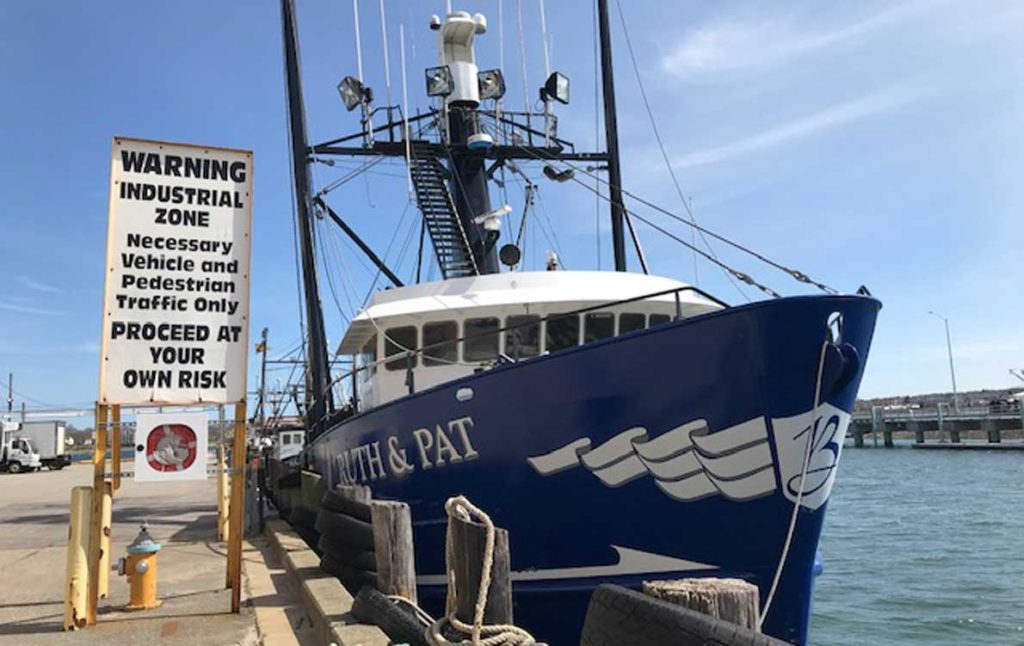