By Ari Snider//Photos by Michele Stapleton

Something is stirring in downtown Waldoboro. Five years after the venerable Waldo Theatre shut its doors, a new board of directors has mobilized to restore the building with the hopes of reviving it as a vital community hub.

The Waldo opened in 1936 as a movie theater, and has also served as a Masonic Hall, a doctor’s office, and a venue for local plays. Since 2014, though, it has sat empty after the board of directors at the time was unable to keep up with building maintenance and establish a sustainable funding strategy.

The revival currently underway is thanks to a new board that took over in 2016 and raised enough money to begin restoring the building. They arrived just in time, as the roof was suffering from extensive water damage. 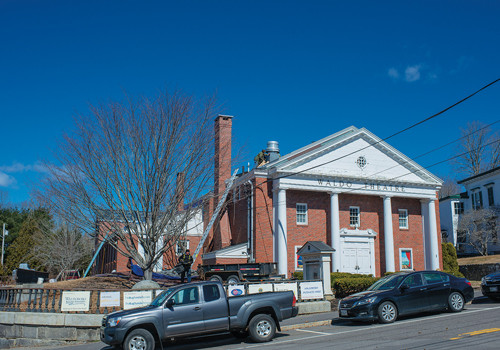 The Waldo is a stand-out building in Waldoboro.

“This is our only window. (The roof) is going to crumble, literally,” said Janet McMahon, the current board president, remembering the moment they learned how serious the damage was.

They fixed the roof, and now the work has largely shifted to interior restoration.

“The good news is that the building is structurally sound,” said Keri Lupien, the board’s vice president. “What we have to do is carpeting, plaster repair, paint, re-cover the seats, put in LED light bulbs.”

That’s still plenty of work, but McMahon says the board has received impressive community support in the form of donations and volunteer workers. She said the abundance of volunteers speaks to residents’ desire to see the Waldo open again.

The Waldo sits in the heart of downtown. It’s a large brick building with two-story Greek Revival columns facing Main Street, but inside it has an Art Deco feel with a few little quirks thrown in, such as a stone water fountain set into the wall with a spigot shaped like a fish.

The auditorium seats 300 and has a balcony. Even amid the clutter and debris of the restoration effort, it felt elegant.

Both McMahon and Lupien said that for the town, restoring the Waldo is about more than just bringing back a community theater program.

“Waldoboro is struggling economically. We lost three of our biggest industries around the recession period,” McMahon said, adding that the Waldo could help boost the local economy in part by drawing more people to downtown.

McMahon envisions the new Waldo as a collaborative institution that supports the work of other local groups.

“We’re already talking with Midcoast Conservancy about a forum that focuses on the [Medomak] River and aquaculture,” she said.

The board wants the Waldo to eventually host a wide range of classes, events, and programs, including arts education for children, theater productions, and political and economic forums. Across all the prospective programming, a central priority is to be welcoming to the whole community.

“We don’t want to be a seasonal, higher-end venue that only some people can access,” Lupien said. “We want to have that type of a community-based place where people can access it and feel good about where they live.” 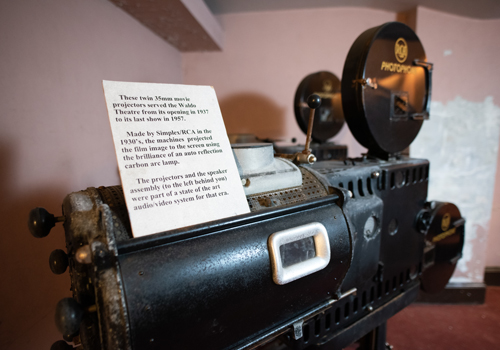 For now, the board is focused on raising money and getting the building back in shape. They hope to complete the interior restoration by the middle of 2020, with the goal of opening the doors later that same year.

McMahon says part of the early years will involve finding the Waldo’s place in the community and in the Midcoast.

“We are sandwiched between two theaters,” said McMahon, referring to the Lincoln in Damariscotta and the Strand in Rockland. “And you don’t want to reinvent the wheel. We don’t need to do a lot of the things they are doing.”

Regardless of the programs the Waldo ends up offering, Lupien hopes it will help boost people’s spirits in a town that has struggled to find its footing after a series of hard blows during the recession.

“Waldoboro deserves to be proud of something, and I think they could be really proud of this building if we can get it up and running,” she said. 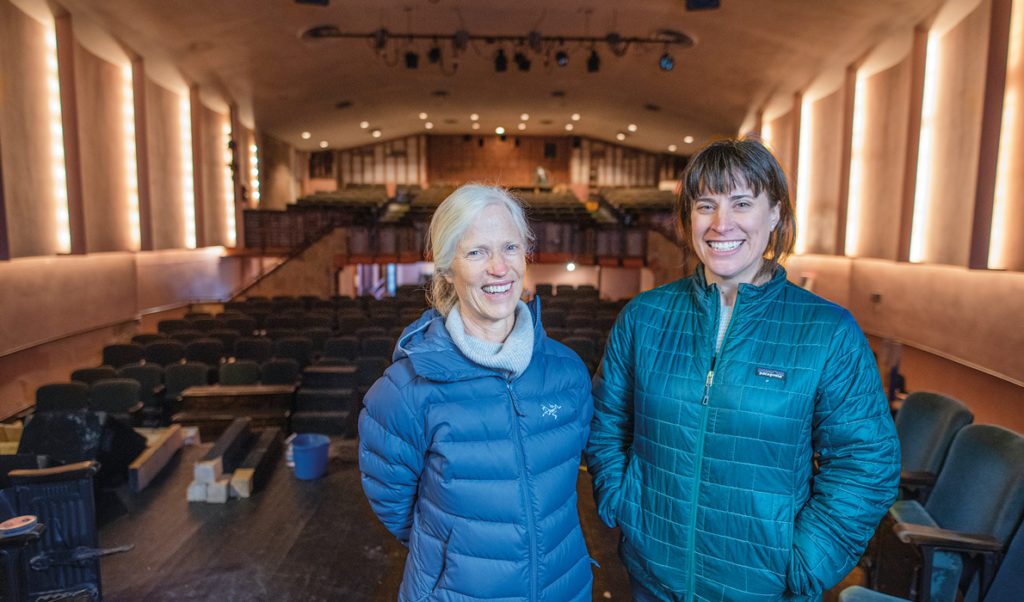