I am because you are. How the Spirit of Ubuntu Inspired an Unlikely Friendship and Transformed a Community. By Jacob Lief, with Andrea Thompson.

Starting a nonprofit to address the educational needs of an impoverished population is one thing; starting one in a township in South Africa in 1999, barely five years after the end of apartheid, in the throes of the AIDs epidemic, is quite another.

With the help of editor and author Andrea Thompson, Jacob Lief offers a first-hand account of the creation and evolution of the Ubuntu Education Fund, an NGO that he and a Port Elizabeth township teacher Malizole “Banks” Gwaxula started to help children gain a pathway to a viable life.

The word “Ubuntu” may ring a bell to Boston Celtics fans; coach Doc Rivers introduced this concept of selfless teamwork in 2007-2008, the year the team won the NBA championship. In his foreword to this book, Archbishop Desmond Tutu defines the word as “the recognition of humanity in one another.” It is not, he says, “I think therefore I am,” but rather, “I am human because I belong. I participate. I share.”

Lief learned the meaning of Ubuntu as a UPenn undergrad hoping to make a difference in South Africa while spending a term abroad. Taken in by Banks and his family, invited to teach in a local school, he seems to have permanently abandoned any comfort zone in his mission to better the lives of young students. As a lone white man in a poverty-stricken black township, he puts his life at risk on numerous occasions as he forges connections with the community.

This book is mainly the 15-year history of the Ubuntu Education Fund, from the most minimal beginnings—supplying chalk to classrooms—to building computer centers and libraries in township schools and creating training programs for health workers.

Lief is straightforward in revisiting the setbacks and the successes of his organization. And unwilling to rest on his laurels, which include recognition from the Clinton Global Initiative and being named a Young Global Leader by the World Economic Forum in 2010, he offers, in an epilogue, a vision for the next phase of the fund’s work: focusing on mentorship and capacity building for grassroots leadership teams.

At the same time, Lief is refreshingly frank about the nonprofit world, pulling no punches when addressing the practices of the sector, best and worst alike. To help him make his case, the text features interviews with eight thought leaders in the nonprofit and foundation world. They are asked difficult questions and provide insight into a variety of issues, from the complexities of tackling poverty to the importance of embracing risk.

Lief, whose parents run the Island Dock Restaurant on Islesford, references his Maine connections on two occasions. The first is a brief account of the year he took off from the University of Pennsylvania and worked as a sternman on a lobster boat, Just a Pluggin’, grueling work that helped him clear his head. The second mention is even briefer, but also relates to a retreat, this time to clear land on Little Cranberry while writing grant proposals. Interesting to note that another Islesford resident, renowned artist and children’s book author Ashley Bryan, has also worked extensively in South Africa (he serves on Ubuntu’s Ambassadorial Council).

A nonconformist through and through, Lief acknowledges the pitfalls of his path:  romanticizing poverty early on, making decisions he later regrets, underestimating team members, starting initiatives that prove to be false starts. This book should be required reading for anyone considering the nonprofit path—so many lessons learned and shared. 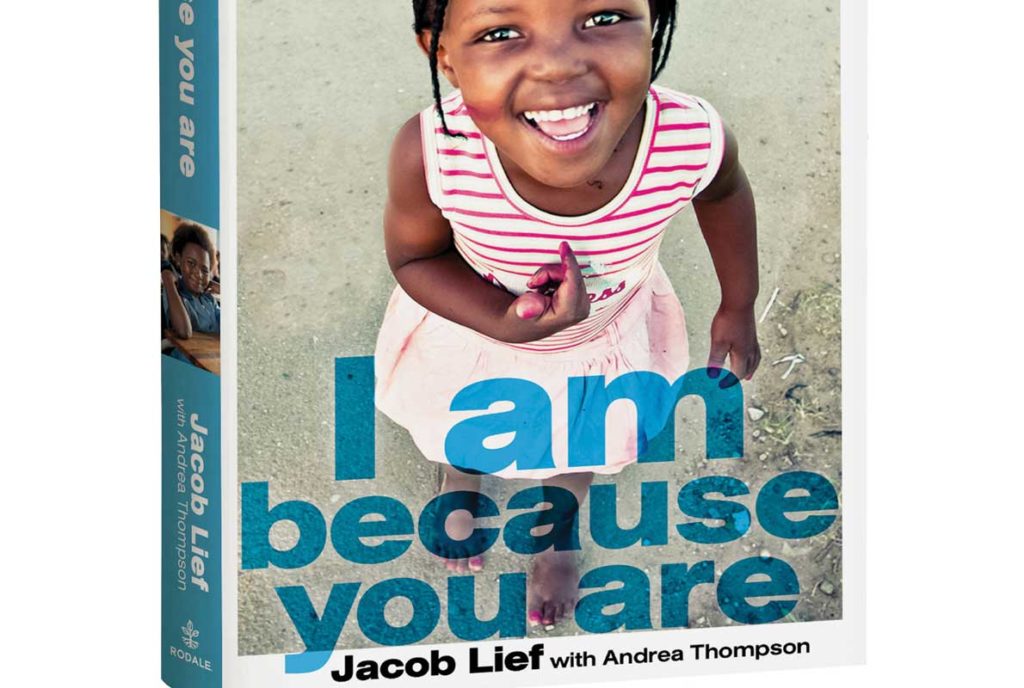