I hate March. Someone described February as the two-month period between the end of January and the beginning of March, a completely unfair accusation.

February is downright charming compared with March. February has the decency, usually, to provide at least a little snow, and a lot more if we are lucky. It has a national holiday in it, vacation for school kids, and a day for sweethearts. At three days, on average, shorter than other months, February brings chocolate, long-cooked soups and stews, and other cozy stuff. Of course, this year’s February faked us out with a lousy foretaste of March-like mud season and a few days of late-arrived January thaw.

What does March offer? No national holiday and we get St. Patrick’s Day instead and green beer. Seriously, why would you want to drink green beer? The only mitigating St. Pat’s factor is corned beef, which when cooked with lots of winter vegetables is wonderful, but no one said you can’t have boiled dinner any other cold and sparkling winter day. Then there is mud. I really hate mud.

March used to be a terrific month for maple sugaring, but the weather is so wonky that, in fact, back in January and February this year we have had the sap-flow inducing cold, below-freezing nights and warmish days more typical of March. Taking their cue from nature, neighbors here tapped trees early and made surprising amounts of maple syrup in January, of all months.

March is when lots of us finally face tax-preparations. Maine islanders participate in the gig economy so there are lots of 1099s to retrieve, Schedule C’s to work out, formulas to calculate business expense. Ultimately, we face the fact that in order to deduct expenses from income, it is awfully useful to have an income to deduct from.

Speaking of taxes, our town and others slog through budgets in March. Earlier in the winter, town departments sharpened their pencils and computers, and laid out projected expenses. Those numbers are trotted out this month before the select board and public in budget workshops, though not many citizens show up to ask questions, even though that’s when they could have the most influence on the bottom line which is still a little mushy in March.

And then there is mud. I really hate mud.

Many of our friends desert us in March for other climes, some to snowier places for spring skiing, others to warm their faces on decks of our summer residents living in Florida or the Caribbean or, if they are lucky, by the pools of their own vacation condominiums. There is noticeably less traffic on our frost-heaved and muddy roads and it is hard to find a party date when your pals can come over, or to have a meeting when the most people can attend.

Other necessities loom in March, like my seed order. I buy my vegetable seeds from Fedco, the Maine-based seed, bulbs and tree cooperative. By March some varieties sell out. If I was smart, I’d do my seed order in January but I can’t quite face garden thoughts then. March is a good time to prune fruit trees and my anxiety builds until I clean and sharpen my loppers and pruning shears and get out there to do it. March is also oh-my-goodness-I-have-to-start-my-tomatoes-seeds month. Actually, you can insert almost any vegetable name in that sentence.

As plow-glaciers melt in our yards, March thaw reveals our driveways all heaped on our lawns, foretelling hours of raking gravel back where it belongs but not until the mud is gone. Darn mud.

Lots of us like winter because we can pay attention to indoor tasks that languished all summer. Mending, tidying, sorting, reorganizing. We have time for favorite projects and delving into topics we want to explore. For putting on our jammies as soon as it gets dark, and curling up with a book or knitting. So many of my friends surprised me when they said they welcomed the shorter days. “When it gets dark,” one said, “it is time to play.” So what does lousy March do? It moves the clock ahead so it doesn’t get dark until later in the day.

March is when I have to face the fact that I grew too many pumpkins, now showing soft spots, that I probably froze too many green beans, and that I really don’t like frozen chard stems very much. I made too many jars of peach jam. We don’t eat much peach jam. It is so tempting in the fall to squirrel away all that wonderful garden produce.

March is when I have to face the fact that lots of my winter projects still aren’t done: painting a bedroom; fixing any one of my enormous broken-chair collection; emptying out even one drawer of an overstuffed file cabinet. Whatever made me think I could accomplish all that in what is proving to be too little left of winter?

So, what’s the trouble with March, besides all that mud? Stinking March is too damn short.

Sandy Oliver is a food historian who lives, cooks, writes—and is less cranky than this column suggests—on Islesboro. 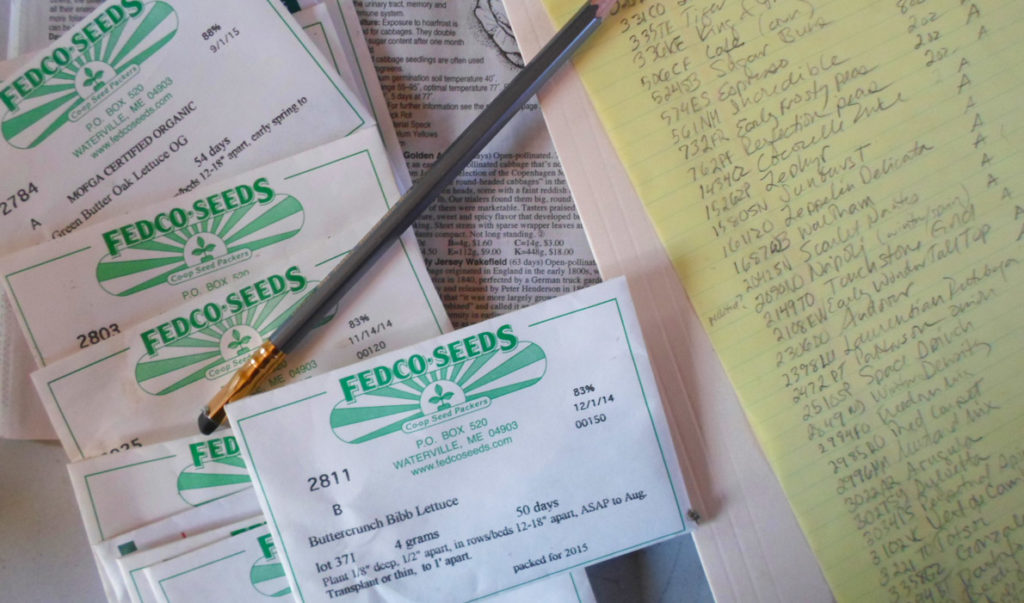