American Character: A History of the Epic Struggle Between Individual Liberty and the Common Good

A humorous New Yorker magazine cover from mid-2015 depicts the then-Republican field of would-be presidents suiting up in a genteel locker room as Hillary Clinton looks in the window: we have Christie, Rubio, Bush, Kasich, Cruz, Paul and a couple of others; no sign of Donald Trump.

Few books are perfect, and sometimes the flaws are not the fault of the author. The flaw of Colin Woodard’s American Character is timing, pure and simple.

The fantastic truth about this year’s campaign, of course, is that a single “outsider” could emerge months after the pundits, politicians, party establishments, funders, authors, New Yorker cartoonists and just about everyone else thought they knew what to expect: a gaggle of predictable right-wingers and a centrist or two, all jousting for the privilege of taking on Hillary and the Democrats.

American Character is a sequel to Woodard’s earlier American Nations, a brilliant examination of this country’s history through its diverse regions, and how attitudes in these regions have shaped our culture and politics.

This time, he’s dissecting the clash between individual rights and the common good, regionally and nationally, and how that tug-of-war has played out in American politics. The pendulum swings as the national mood changes; over the decades we get the Civil War, the Gilded Age, the Progressive Era, the Roaring Twenties, the New Deal—each of these phases in our country’s history reflected whom we put in charge.

Last year saw new gridlock in Washington as a Democratic president and a Republican Congress failed to solve problems and govern effectively, and near the end of American Character, Woodard posits the idea of “fairness” as a way out. The “competitive society that has grown out of this country’s differing regions,” Woodard writes, “needs to be not only free, but fair—an unfair society quickly ceases to be a free one.”

Americans “may want government to have a limited scope of action, but they want it to function well in those areas where it operates. The doctrine of fairness gives it a clear mission that is consistent with the fundamental values of a supermajority of our regional cultures.”

Whether Donald Trump speaks for Americans who resent unfairness is an open question, of course, but he does represent frustration at the current state of things. So does Bernie Sanders on the Democratic side.

American politics can be viewed in many different ways. “It’s the economy, stupid,” went one school of thought in the 1990s. Or it’s all regional, as Woodard went to great lengths to argue in his previous book. Or it’s the contest between individual rights and the common good, as he suggests this time. Or it’s a soup made up of all these things, plus the capacity of outsized personalities like Donald Trump to upset everything.

It’s all endlessly fascinating if we can stand it, and if we stop worrying about end results, like who’s going to have his or her finger on the nuclear trigger.

Woodard is an experienced reporter and writer, having produced memorable pieces for the Island Institute’s Island Journal and The Working Waterfront, plus prizewinning efforts for the Portland Press Herald and others. It’s through no fault of his own that he missed Trump this time. I just hope he’s got him in his sights for another book.

David D. Platt is the former editor of The Working Waterfront. 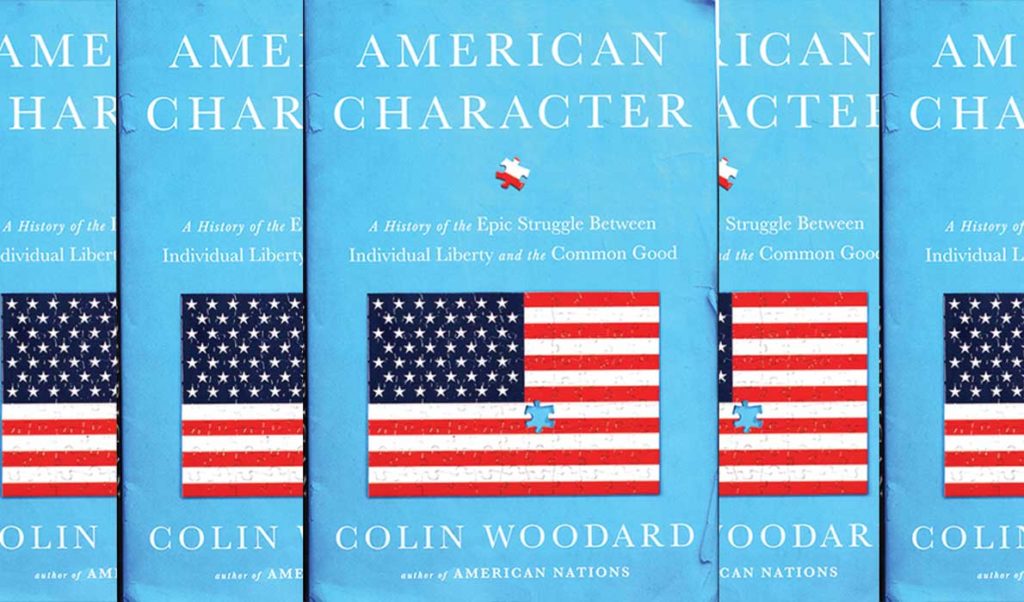