Tides: The Science and Spirit of the Ocean

Like the tides themselves, this book literally covers the earth. Author Jonathan White gets us started with a dramatic personal story: accidentally grounding his schooner in 1990 in Kalinin Bay, Alaska, in 40-knot winds at peak high tide.

“Over the hours, I watched Crusader drop like a fatally wounded animal, first to her knees, then all fours, and finally on to her side,” he writes. “She filled chest-high with water. When the tide reversed, all 70 tons of her were stuck in the mud and didn’t want to come back up.”

The boat finally lifted herself off the mudbank and after considerable cleaning and repair went back to work as a research vessel. “After Kalinin Bay,” White writes, “I vowed to learn more about the tides.”

Tides is the result of that promise. It ranges from the local to the oceanic, from the personal to the universal, from deep history to contemporary engineering projects. White has traveled the world to learn about tides and how they work in the Americas (the Pacific Northwest, the Bay of Fundy); Europe (Venice, Italy, and Mont Saint-Michel in France); Latin America (the San Blas Islands off Panama); and Asia, where he witnessed the Silver Dragon, a huge and dangerous river tide on China’s Qintang River. In the Canadian Arctic he crawls down a hole through ice to gather mussels with an Inuit fisherman. He watches suicidal surfers race down the faces of giant tide-driven waves off California.

Tides is full of anecdotes from just about everywhere you can imagine, in other words. In between the stories White gets into heavy science: Newton, Halley, and others on moon, sun, and tides; the connections between tides and bird populations; theories like “resonance” and how tides actually slow the earth’s rotation.

His last stop is Venice, a place where tides flood part of the city regularly because of rising sea level, obliging residents and visitors to use elevated walkways and don rubber boots at certain times of the month. Venice is one of the world’s cities most at risk from climate change-caused flooding, and White concludes by exploring Venice’s ambitious tide-engineering project, the Modulo Sperimentale Elettromeccanico (MOSE) gates. The gates consist of 78 “flaps” lying on the ocean floor, designed to be raised when particularly high tides might endanger Venice. The system works, so far, but as everyone in Venice knows, the sea and the tides will continue rising, necessitating still more engineering projects.

Tides both rise and fall, of course, and at Mont Saint-Michel, the crag-top Benedictine monastery on the Atlantic coast of France, they are the biggest in Europe. And because they are so dramatic, they draw millions of visitors.

“I think the tides remind people of why they are here on earth,” remarks one of the monks during a conversation White recounts. “They can be moved by the tide, and then there is only one more step to being moved by God.”

Indeed, tides are a daily manifestation of forces so huge it’s difficult to understand them. But if we don’t, we’ll run aground—as the author of this excellent book did all those years ago. Clearly, he has learned a lot since. 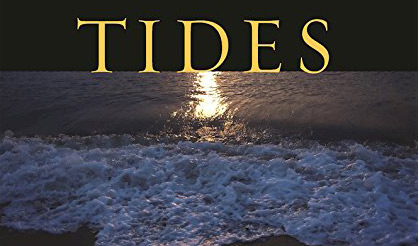