Editor’s note: Phil Crossman’s brother, Dick, has written this remembrance from the boys’ childhood on Vinalhaven.

It was just a camp built by boys, because that is what we were back in 1959—boys in search of adventure where Brandy Brook empties its copper colored water into Carver’s Pond, an estuary of Vinalhaven’s main harbor.

There were ten or 11 of us, and Billy’s dog Toby. We needed tools and we had none, but our dads’ workshops, garages and fish houses were full of them, there for the taking and take them we did. Hammers, saws, hatchets, nails, rope—all found their way to a clearing in the woods.

One bright early summer morning we trudged down the path behind Dick and Helen’s toward the pond. Each of us lugged all we could of tools and equipment plus the lunch our moms had packed in case the wilderness did not offer up a meal to our liking.

At the head of the pond we forded Brandy Brook, with only one or two slips and falls. We knew we would be tested by such hardship and were undaunted by bumps and bruises and wet sneakers.

The woodland trail ran parallel to the brook, shady and cool, the sun’s rays filtered by the green spruce canopy. Squirrels darted above and birds announced our passing. At a turn in the stream we arrived at the chosen site, a natural clearing bordered on three sides by meandering Brandy Brook, and on the other by a stand of trees.

Each of us unburdened ourselves of our cargo and enjoyed an early lunch.  Well nourished, we began clearing the undergrowth and brush, trimming low hanging limbs, building a dam/bridge on the brook and most importantly “standing guard.” The guard was certainly needed! The sounds, the shadows, the wind moving through the branches overhead—we were uncertain of what lay just beyond our sight.

A weekend of work was quickly followed by one sultry summer day after another, until the camp was done. Each day, the procession marched along the now well-worn path from Pequot Road to The Camp in the woods.

We all agreed it was magnificent.

A dam on the brook created a small woodland pond and the clearing was now protected by a three-foot barrier of spruce and pine branches. The centerpiece of The Camp was a two-story tree house with a lookout tower, which as it turned out, allowed us to look only at other trees, but the high perch certainly added to the sense of adventure. On ground level we’d built a couple of lean tos and a dog house for Toby. A stone bridge on top of the dam provided access from the western side of Brandy Brook. The nine-foot log across the brook created another formidable barrier to unwanted guests.

It was with great satisfaction that a couple of weeks after beginning, we all trudged home one evening secure with the knowledge that our work was done and The Camp was complete. Excited, we began planning our first overnight adventure. As it turned out, the summer nights had begun to feel like autumn and the reopening of school was fast approaching. The overnight stay did not occur, the summer ended and the young boys of that summer never did return.

Soon we were teens and our interest in The Camp passed, the tools borrowed from our dads rusted where last we used them.

Now these many years later, I have such fond memories of that summer and the magical time spent with boyhood friends in the woods surrounding Brandy Brook. After all, we were just boys, and it was just a camp. 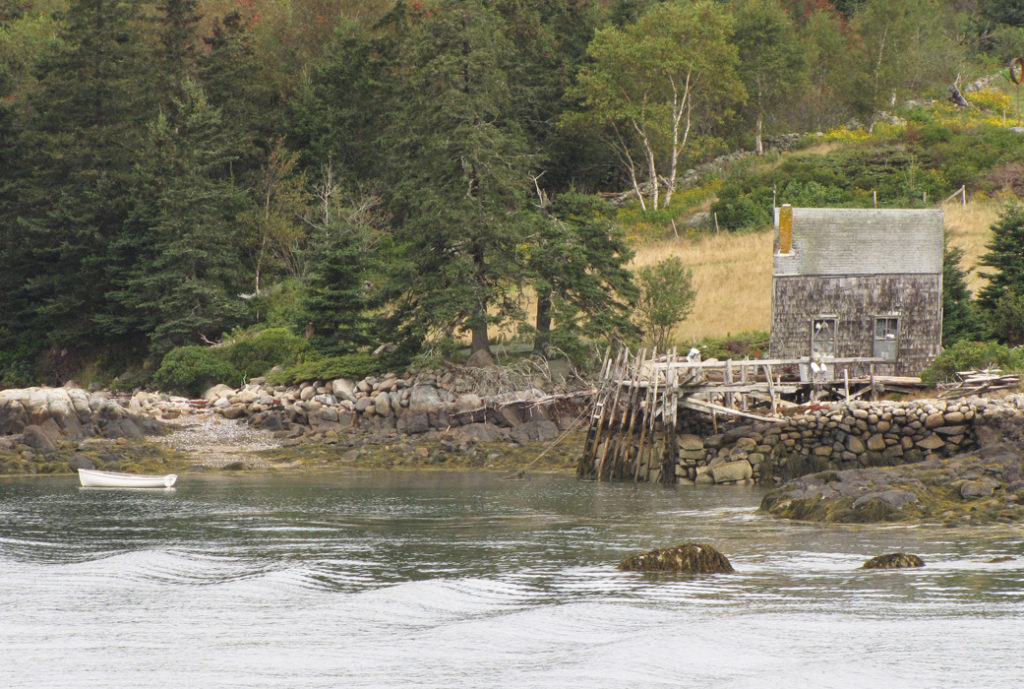