I will remind the reader that in early 2017 Elaine found just what we were looking for right next door, in New Hampshire. It was a 2003 white VW Eurovan Camper, in perfect condition, having been loved and cared for during 14 years by only two devoted owners. It was very expensive but we meant for this to be our one and only splurge and today, having paid for about four and a half of its 216 inches every month, I am happy to say it is paid for from the front bumper back to the hot water faucet in its little galley.

The 2017 winter had been pathetic; no snow, no cold, more like spring. I’d actually spent a week painting an exterior wall in February. Clearly we weren’t going to have a real island winter, something we’d always enjoyed, and here was this beautiful little home on wheels, so we packed what we felt we needed for three or four weeks on the road and, on March 10, jumped on the ferry.

Quite spontaneously, we kind of settled on driving west and as we drove down Route 1, we talked about the coming weeks, about cooking our meals on our little stove, about keeping food fresh in our little fridge, about snuggling in our little bed, about eating together at our little table under the little candle, and about in which wild New England wilderness we’d spend this first night as campers.

We hadn’t been paying much attention to weather and by the time we got to Portland, the temperature was dropping fast and the forecast was foreboding.  Two monster storms were rolling in from the west and were expected to converge on the East Coast within a few days, dumping more snow than we’d seen in a long time. West was clearly the wrong direction.

Although the van has a furnace, we had not tried it out and by the time we got to Portland the appeal of spending the night in my niece’s lovely home in South Portland began to outdistance the temptation of hunkering down in the woods somewhere, wondering all night whether we’d succumb to carbon monoxide poisoning before morning.

While each of us was only willing to acknowledge that we were making this sacrifice for the comfort of the other, we drove out to my niece’s place, turned up the heat, went out for a nice dinner, returned to a cozy warm house and turned in for the night, resolving that every day wouldn’t be like this, that we would soon be camping in one wilderness wonderland after another, experiencing America as we’d never done before.

We woke up refreshed but when I opened the van to warm it up for my sweetheart an alarm went off. I looked at the dashboard—nothing. The alarm sounded again, a minute later, and then again after another minute. I checked around and found nothing. The sound was ubiquitous because, I discovered much later, the van’s acoustics are such that the alarm sounded each time like it was coming from another part of the van, overhead, under the seats, everywhere.

Elaine joined me and the search expanded as we crawled all over trying to find the source of this alarm that continued, undeterred, every 60 seconds. We checked the surface-mounted smoke and carbon dioxide alarms; neither was the source. Eventually we were left to ponder whether to continue with this adventure—even if we eventually found the source. It seemed like a bad sign.

We called the big RV center, Lee’s, in Windham and described our problem. They couldn’t imagine what it was either but invited us to drive out and let them have a look. We headed to Windham and15 miles later, having endured the alarm every 60 seconds during the drive, we arrived and were told to pull up to a service bay where we’d be taken in within the hour.

Elaine went in to the waiting room. She’d grown tired of the alarm and we were both feeling a little discouraged. I stayed in the van, sitting in the back, continuing to ponder the mystery that was this irritating and repetitive noise.

I looked absently at the smoke alarm, recalling that it was new, that I’d replaced its predecessor a couple of days before because it had a stamped advisory suggesting it be replaced after a few years. A light went off in my head. I looked in the trash and there was the old alarm protesting, every sixty seconds, that its useful life was not over. What a relief!  We composed ourselves and, West being now even more ominous, headed on south. 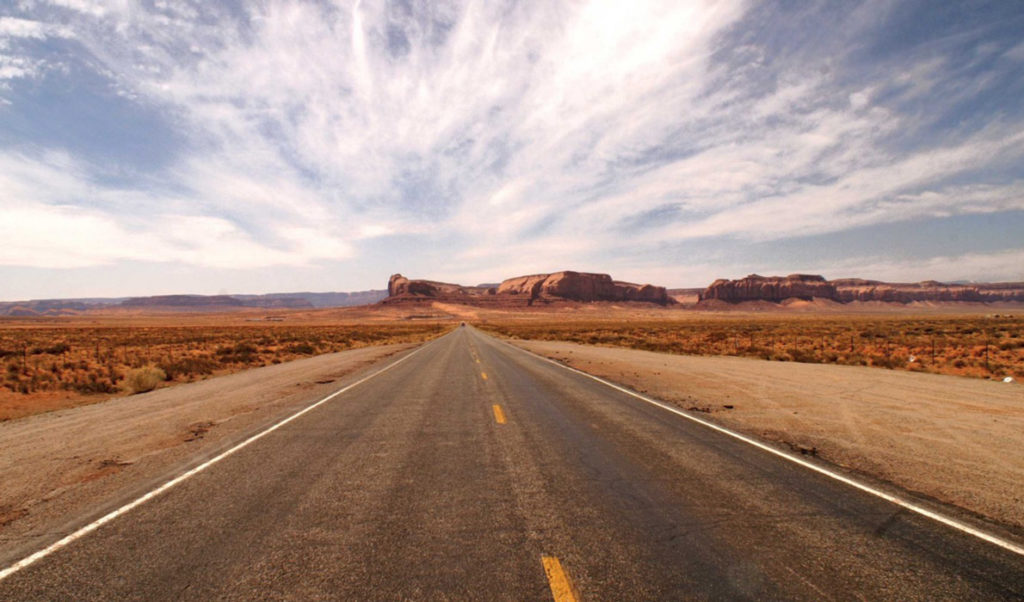