In 1966 I was stationed in Florida for a while after my squadron returned from Vietnam. I bought a Volkswagen camper, a new one I think, and, to the consternation of my superiors and a few comrades, joined the hippies I was so attracted to who were protesting the war.

The van had no space for a bathroom, of course, but it did have a chemical toilet. I think, although an aficionado will doubtless correct me, it was the only year such a luxury was available. Like nearly every other component in that camper, it was a perfectly engineered little gem.

When not in use it was a person-and-a-half bench seat, directly behind the driver and upholstered just like the other seats, but when opened—it was hinged on the inside, the driver’s right—to reveal the toilet seat, the tissue paper roll, heretofore attached to the underside of the seat and lying in wait, dropped down, obedient and attentive. It was such a novelty that everyone wanted to try it out, particularly while underway, and we quickly learned that the toilet’s occupant and the driver ought not rear back simultaneously to laugh at something because the backs of their heads would collide, often audibly.

The toilet was the source of a great deal of amusement. When curious visitors inquired delicately, “Where does it, you know, where does it go?”, one of us would routinely respond, “Oh, right on out through a hole in the floor.”

“That’s why we only use it while driving, so we can get away from it quickly,” added another. “It’s also helpful in case we run over someone we don’t like,” offered a third.

That delightful vehicle had a sink behind the front passenger seat and next to it, two hinged side doors. The sink had a little hand-pumped faucet that drew from a three- or four-gallon reservoir and a spray hose long enough to hook over the forward hinged door. With both doors open and a plastic curtain hooked here and there, an outdoor area big enough for one person was circumscribed and, an arm emerging from a slit in the curtain now and then to pump the handle, a very brief cold shower of sorts might be enjoyed.

The camper’s two-burner propane stove (and fridge below) was mounted on the opposite wall, directly adjacent to the camouflaged toilet. On a given day we might be found driving—down to Daytona, for instance—with me and a passenger up front, someone else at the stove preparing something to eat while trying not to bump into the person using the toilet, someone else at the sink, and another one or two friends sitting in the back watching the whole process.

You can perhaps imagine an early morning, parked on the beach, four or five of us in residence. The two-person (a stretch) bed is unfolded and quite fully occupied, the front passenger seat reclined, the driver’s seat not reclined because the person using the toilet had to awaken whoever had been sleeping there to straighten the seat and make the toilet accessible for at least the few minutes it was needed.

That memorable mobile residence didn’t last long, I’m sorry to say, but it kindled a passion for Volkswagen campers that has remained till this day. In February, several versions later, my wife Elaine and I purchased a 2003—the last year they were produced—Eurovan Camper with only 70,000 miles on it from a gentleman in New Hampshire who had been its second owner.

Phil Crossman owns and opeates the Tidewater Motel on Vinalhaven, where he lives with his wife Elaine. 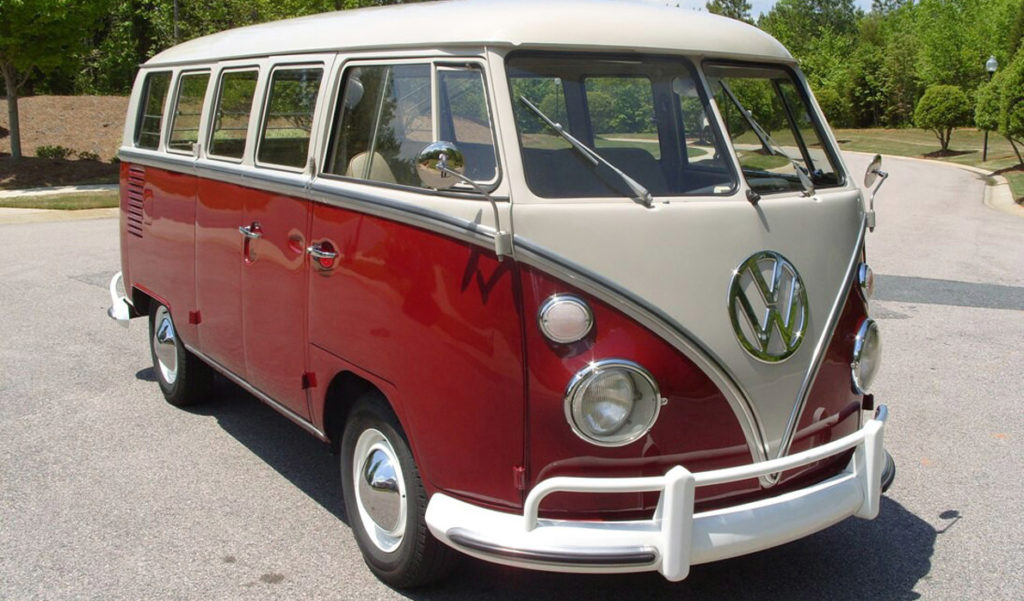