American life faced a confluence of turbulent forces in 1971. The war in Vietnam was raging, with strong opposition that sometimes resorted to domestic terrorism. The women’s rights movement was emerging, while the push for equity for African-Americans was becoming militant. And a deep worry about the state of the environment began growing.

In those anxious days, a soft drink company launched one of the most successful advertising campaigns ever seen. Coca-Cola’s famous TV commercial showed fresh-faced young people of various ethnicities singing, “I’d like to teach the world to sing…” The tagline was memorable: “It’s the real thing—Coke is what the world wants today.”

It’s easy to understand why the “real thing” resonated in those difficult times. Whether today’s headlines are more frightening or not is a subjective matter, but the concept of authenticity, of being “the real thing” has as much currency now as it did then.

Audiences are more sophisticated, and maybe more cynical today, but the world still wants “the real thing.” That’s what is driving Maine’s tourism marketing, a campaign the state has stuck with over the last five years and which has been remarkably effective. Steve Lyons, acting director of the Maine Office of Tourism, reports in our interview in this issue that visitation numbers have grown by an average of 6 percent in the last five years.

Previous campaigns focused on luring those of certain age groups and from specific regions. The current “Maine Thing” campaign puts our values before prospective visitors. Our independence, our ties to the natural world, our safe and friendly communities, and our conscious decision to turn our backs on the flashy and shallow tokens of popular culture appeals to a significant number of people. We’re perceived, Lyons says, as having “figured it out,” in living in a way that allows us to be present with our families and neighbors.

Since tourism brought $6 billion in direct spending last year, it’s an important acknowledgment. It’s the sort of compliment that might make us blush, but also causes us to reflect on how we live here.

Which leads to a larger point: will our public policies sustain this authenticity, the “real thing” nature of the Maine coast and islands? Decisions about a host of issues might be seen to hinge on this authenticity question.

Our summer visitors, on islands and in coastal towns, like to see familiar faces behind the counter at the coffee shop and the post office. They like buying their lobster from a local fisherman.

To sustain this authenticity, our towns must resist becoming economically exclusive. This means working to create affordable rental housing. And to avoid having our well-organized and attractive downtowns fall victim to sprawl, we must implement smart-growth development policies.

Tourism—which includes those who visit and then buy seasonal homes here—is the golden goose that must be nurtured and protected. And a short postscript: if our tourism marketing ever joins forces with a soft drink, make it Moxie, not Coke. 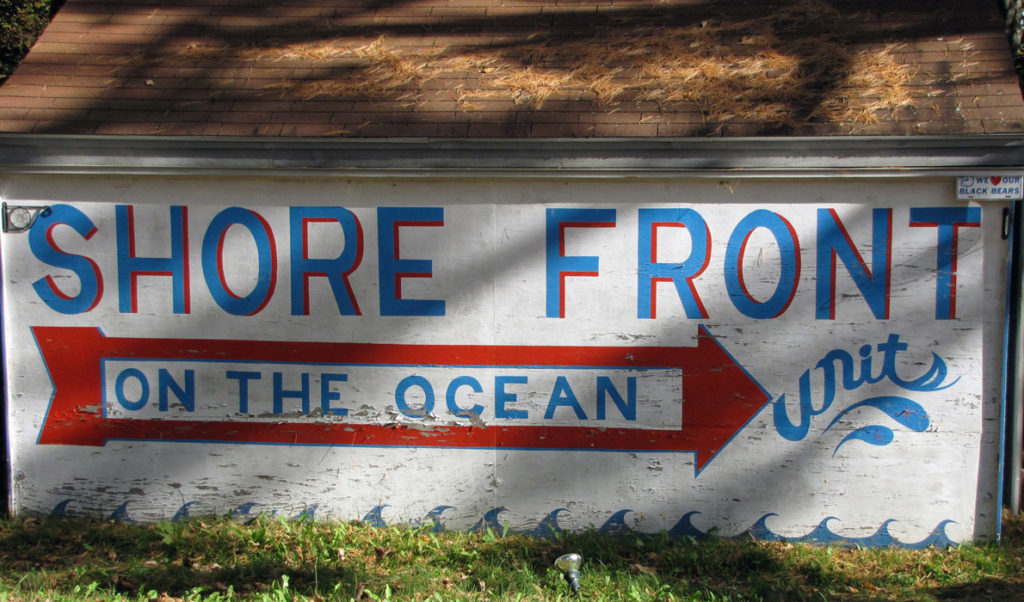