“So, open your mouth lad! For every voice counts!”

Dr. Seuss’ logic, expressed in One Fish, Two Fish, Red Fish, Blue Fish, prods us to vote. However, in our complex world it’s difficult sorting through the issues.

The human-caused portion of climate change is new and, as Pope Francis said in appealing to our sense of empathy and responsibility, the problem is ours to fix. Penobscot Indian Barry Dana describes the Wabanaki’s similar sense of empathy and tribe stability being rooted in decision making that considers members’ needs five generations out.

We must do the same. And we must find a way to act quickly, or the cost to Maine’s businesses and people will be far higher than the cost of action.

Increasingly, economists clamor for a price on carbon. However, a fee, tax or cap and trade program is unnerving to many who fear regulation, government growth and price increases. A national grassroots group, Citizens’ Climate Lobby (CCL), is gaining attention and resolving many of those fears with a “carbon fee and dividend”—a fee placed on carbon at the source, with the proceeds returned to families in monthly payments.

This plan is market-based, not regulatory, simple, transparent, predictable for businesses and, by generating immediate investment, would quickly bring down the cost of clean energy. It would not grow the government and the political parties would be unable to fight over what to do with the revenue.

The possibility of successful pricing strategies is resonating in local discussion. In the Sept. 8 Kennebec Journal, Tom Titenburg and George Lapointe described how RGGI, the Northeast states’ market-based initiative to reduce carbon pollution from power plants, “is one of our most successful climate polices. RGGI has reduced harmful carbon pollution while lowering energy costs and strengthening our overall economy.”

Maine’s Congressional delegates for the most part understand Maine’s dependence on a healthy environment. We can thank Sen. Susan Collins for the Cook Stove Project and Clean Power Plan vote, and Rep. Chellie Pingree for her work with agriculture.

Sen. Angus King says: “Despite [RGGI’s] great individual regional success I believe there is an important role to be had for a national carbon reduction initiative… The EPA’s Clean Power Plan is a great first step but it only regulates carbon from one sector, electricity generation… It is clear to me that we need to act collectively… a fee on carbon may be an effective and equitable way to accomplish this goal.”

With a dividend returned 100 percent to citizens, this fee would be non-regressive and would help compensate Maine’s people for price hikes resulting from increased fossil fuel costs. Those with higher carbon footprints would pay more, while Maine’s majority, those with smaller carbon footprints, would come out ahead.

An independent study predicts that after ten years, a revenue-neutral carbon fee and dividend would lead to a decrease in carbon dioxide emissions of 33 percent, an increase in national employment of 2.1 million jobs, and an average monthly dividend for a family of four of $288.

The legislature of California—the sixth largest economy in the world—has just endorsed CCL’s policy, calling for members of Congress to introduce such a bill. An almost identical state-level proposal is being voted on in Washington in November.

There is evidence that this realistic bipartisan option is softening the gridlock in Congress. The bipartisan House Climate Caucus has grown to 16 members, half of them Republicans, expressly talking about climate change solutions and policy options.

Information about CCL, with six Maine chapters, is at Citizensclimatelobby.org. We ask citizens to encourage our members of Congress to take a bold stand against climate change.

“Unless someone like you cares a whole awful lot, nothing is going to get better. It’s not,” or so says Dr. Seuss.

Laurie Sproul of Canton is a wood sculptor and has been a chapter leader for the Online Maine chapter of Citizens’ Climate Lobby—citizensclimatelobby.org—for three years. 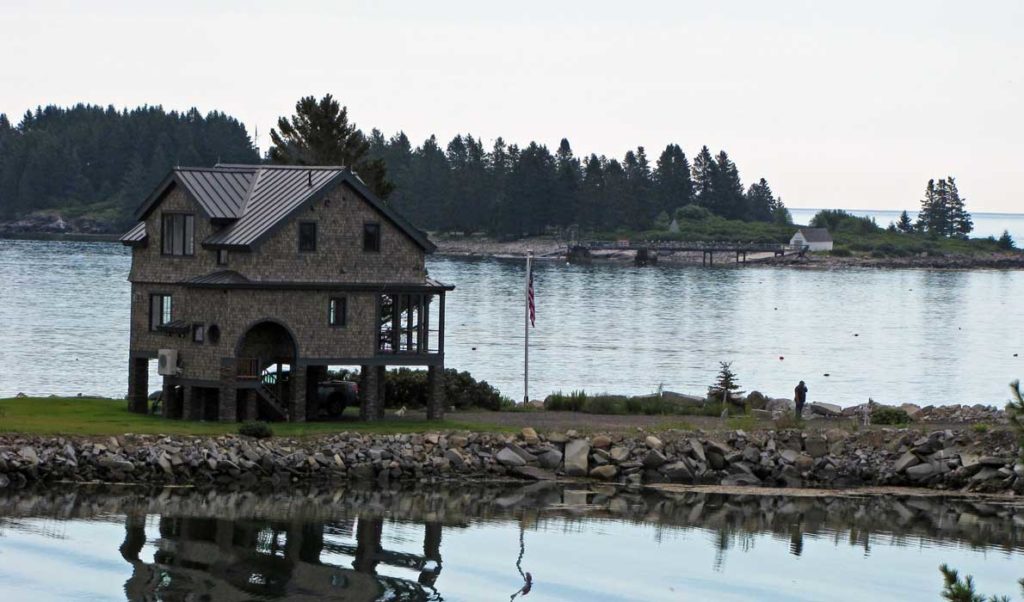