One of the purposes for which I was hired to come teach on North Haven, nigh on 12 years ago, was to direct plays. The theater program, formalized by the school’s relationship with John Wulp, had achieved some renown through original programming and attention paid to contemporary classics by Brecht and Albee, among others. Big shoes to fill.

Just as with other activities on North Haven—varsity basketball, town governance and church choir, to name a few—theater depends on a few stalwart enthusiasts cajoling, nagging and otherwise convincing more reluctant participants to step up and save the day by doing an activity they might otherwise never consider. When I came in, many unlikely thespians were eager for a break following years of service.

I began my own nagging and cajoling campaign.

I put on Pirates of Penzance with primarily hard-working third graders in the cast. Some folks who graced the stage in the past held fast to their retirement, while others made triumphant returns. Some of those original third grade students were in nearly every production I directed until they graduated from high school, while others decided it wasn’t for them when self-consciousness kicked in around middle school.

Just as with our basketball program, our theater seasons have peaks and valleys, wins and misses. The ideal end-product—a production that demonstrates deep understanding of the text, has entertainment value and a functional and visually appealing design, in which all of the actors and technicians perform their roles seamlessly—happens sometimes.

Sometimes I tally our successes in individual growth—the young actor inaudible at the beginning of the process who is loud and clear by the end, lines learned after all, new recruits brought into the booth to design and run lights and sound. Sometimes I just want everyone to enjoy themselves enough to come back and be in the next show.

A friend of mine in Boston, a fellow musician and theater professional, observed this fall that our talent pool is “real weird.” She meant, of course, that most directors don’t get opportunities to cast, for example, a 10-year-old girl as Hamlet in Rosencrantz & Guildenstern are Dead, or three nine-year-olds and an adult woman as the grandparents in Willy Wonka (the adult woman played Grandpa Joe). Most school or community directors either work with casts of similarly aged kids, or with so many aspiring actors of all ages that people actually get cut after auditions.

Frankly, it’s just one of the perks of island life. I’ve said it before—anywhere else I probably wouldn’t have served on the planning board, become an EMT, started leading Pilates classes or opened a bakery.

Being on North Haven forces all of us out of our single identity comfort zones. Here, our kids can’t easily pigeonhole themselves and neither can we adults. It’s a beautiful demonstration of what happens when everyone is given opportunities to have a voice, participate, and achieve.

The spring play this year will be our fourth North Haven Spring Playwriting festival, a chance for people to add yet another unlikely skill to their résumés—playwright. I’m excited to start reading short play submissions from students and adults and plan their productions to showcase what a community of participants can do.

Courtney Naliboff is a teacher, writer, musician, mother and wife on North Haven. See her blog “The Frozen Chosen” at BangorDailyNews.com 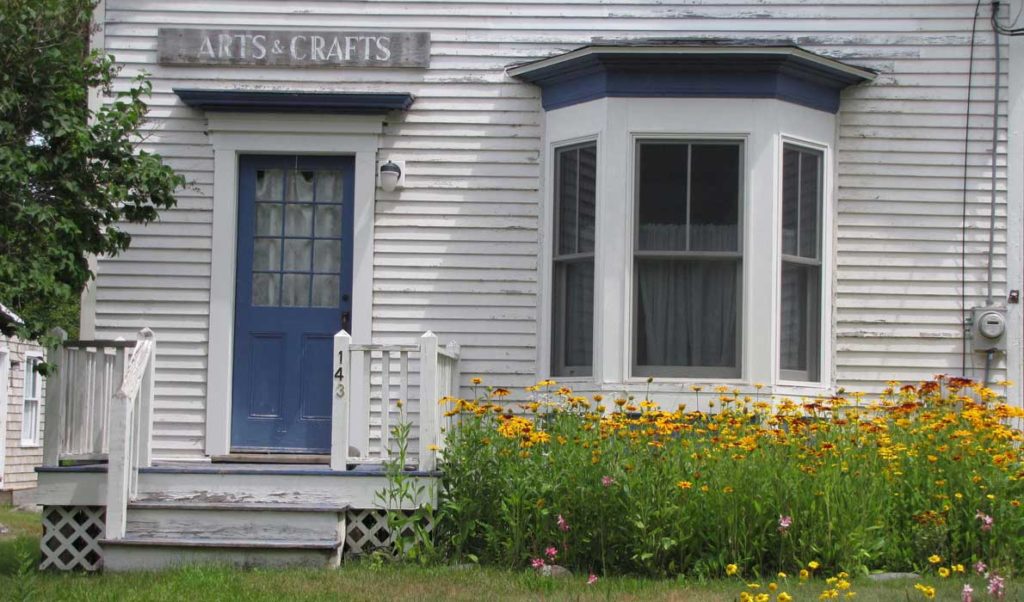