Agnes Bushell feels lucky to live on the coast of Maine. The natural beauty of the ocean. “That sense of not being closed in,” she says. And the unhurried life in Portland “that enables me to just write.”

Bushell could be the most accomplished Maine novelist you’ve never heard of. Her most recent novel, The House On Perry Street, has been picked up on option for a film script, but that’s a piece of luck with an unusual story behind it that has not typically fallen Bushell’s way since she began writing novels in the early 1980s.

Her first book, Shadowdance, published in 1989, was one of three mysteries set in Portland, with Death by Crystal (1993) and Death in Arcadia (2011). Two of those, plus Local Deities (1990), Days of the Dead (1995), and The Enumerator (1997) were brought out by small presses that have since gone out of business. She published Death in Arcadia,and several other novels, herself in the 2000s.

Bushell, now 70, has been a fixture in Portland’s off-the-radar literary scene since the early 1970s. She grew up in Queens, New York, attended the University of Chicago, then landed in Portland, whose arts scene was just emerging. 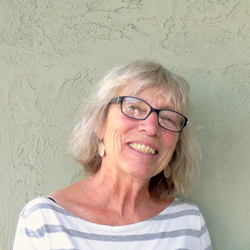 She and Marcia (Ridge) Brown formed Littoral Books and in 1975 produced the landmark anthology Balancing Act: A Book of Poems by Ten Maine Women,which, incidentally, included poems by Maine’s current governor, Janet Mills. Bushell was a founder of the Maine Writers and Publishers Alliance, and began teaching writing and literature at the Portland School of Art (now Maine College of Art) in 1984. She published her short fiction sporadically and wrote for the Maine Progressive and Portland-based periodical The Dissident in the mid-1990s.

Agnes and her husband, Jim, taking seriously the momentum for social activism that swelled through 1960s and 1970s America, became involved in pro-Sandinista activities in 1980s Central America. They met dissidents and revolutionaries, brought Salvadoran activists to Portland, and traveled to Nicaragua, and from those experiences came Days of the Dead,about a gay American man fighting alongside Guatemalan indigenous forces. It’s a well-told thriller that pulls no punches and skillfully weaves the philosophy and history of the time and place into the story.

Similarly skillful is Bushell’s second novel, Local Deities,which has the potential to become an important piece in Maine’s literary history. It’s a roman à clef based on her friendship with Pat Rowbottom and Raymond Luc Levasseur, political activists who ran afoul of the federal government.

Rowbottom and Levasseur, a Sanford native, were arrested in 1984, and Levasseur eventually was tried for sedition, convicted on other charges, and sentenced to more than 40 years in prison. Jim Bushell served as Levasseur’s attorney on the charges brought against him in Portland.

The novel fictionalizes real-life events, starting out tense and wending its way through deftly drawn characters, domestic crises, Portland’s bar scene, and detainment facilities. It concludes with a meticulously detailed trial scene in Portland that did not actually take place because charges in Maine were set aside.

But Levasseur’s underlying motivations and philosophy of social activism are portrayed with riveting clarity at an explicit intellectual depth rarely explored with such concision in contemporary fiction. It’s an evocation of the authenticity of the social conscience that characterized 1960s and 1970s America.

Bushell’s writing in Local Deities and her other books is as good as it gets. You might compare her to some of Maine’s bigger-name contemporary fiction writers and come away feeling she’s among the masters. So why has such a skilled writer never been picked up by a mainstream publisher?

When asked this recently, she laughed and was circumspect in reply.

“I’ve had really good agents,” she said. “I have a good agent now. But he just can’t sell my books. (The critique) he’s heard from editors is that I don’t write women’s books—I’m a female writer, therefore I should write women’s books. And I don’t. I don’t even know what that means, because all the women I know read all kinds of stuff.” 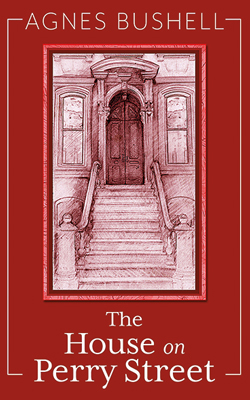 By the millennium, despite her engaging mysteries with hard-edged, wry-humored lesbian detectives for protagonists, still no large publishing operation had taken notice. So she essentially shrugged and decided to do the publishing herself. In 2003 she published In the Garden of Nicholas Treeson (about Richard III), Fabrice in Flight in 2010, and what could turn out to be her aesthetic masterpiece, Asian Vespers (2005), about a gay NGO worker who becomes entangled in the dangerous complexities of Turkey’s Kurdish minority.

Bushell’s books are so well-wrought that you want to think she’s just had bad luck with editors. The self-published Death in Arcadia landed in Longfellow Books’ top 100 sales for 2012, success Bushell attributes partly to the book’s milieu: a small private art school in Portland. But as always, reality is more complicated. As several of her characters observe in different books, luck is just another kind of smart.

“Lucky is being smart enough to know where to go, what to do,” she said. “I know I’m not smart about the world of big-time publishing. But I’m smart about other stuff.”

It was a smart move, where the coast is home and even winter is an advantage. She’s made three sojourns to the San Francisco Bay area, where she variously taught at the San Francisco Art Institute and happened upon the material for The Enumerator when she was interviewing gay men for an AIDS study. But because of California’s relentlessly good weather, her writing kind of dried up. In Portland, she writes continually. “It’s what I do.”

Bushell’s art has not hit the big time, but it has not gone unnoticed. In 2016 she and poet Lee Sharkey received the MWPA’s Distinguished Achievement Award “for exceptional and steadfast contributions to the Maine literary arts.”

As if to underline the authenticity of the honor, she and Jim have thrown their energies into reprising Littoral Books, and last year published two entries. Balancing Act 2: An Anthology of Poems by Fifty Maine Women, for which Agnes served as general editor, is the long-delayed follow-up to the 1975 book.

The other is The House on Perry Street, which draws heavily on her family history and which, you’d think, could well and truly be called a “women’s book.” It’s a warm-hearted, clever, probing, funny story of Jane Austen-like dimensions about three generations of women living in a house in Greenwich Village.

The younger women fear the house may be commandeered by the church because of arcane agreements made by their great grandmother, and so they set out to uncover what really happened. The same finely wrought prose, well-developed characters, and expansive knowledge of history, philosophy, art, and culture pervade this down-home narrative of love affairs, family secrets, political, social, and religious awakenings, and tragedies that span about 200 years of American history. But somehow, it has not clicked on the radars of book editors.

Recently, however, a Hollywood screenwriter with ties to the original Balancing Act anthology happened to read it and asked for permission to turn it into a movie. Lucky is another kind of smart. 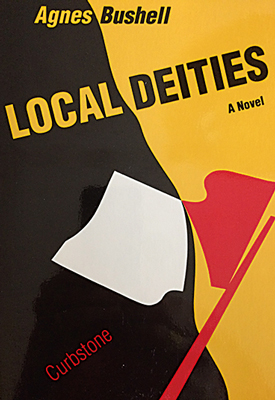 Littoral Books, meanwhile, has big plans. Volumes by Balancing Act 2 authors Jacqueline Moore, Katherine Hagopian Berry, and Kate Kennedy are in the works. An anthology of Maine-based short stories is foreseen. And an ambitious project that Agnes, Jim, and collaborator Bonnie Blythe call the “Portland Maine Encyclopedia of the 1960s, 70s, & 80s” will gather biographies, reminiscences, and other articles to document the history and feel of the city as its identity as a center of arts and culture emerged.

“Literature transmits something from one generation to another,” she said. “That’s our cultural memory. It’s in literature, poetry, music, art. And that’s why I do what I do.”

Many of Bushell’s books are available through Littoral Books (littoralbooks.com). A print edition of the Portland Maine Encyclopedia of the 1960s, 70s, & 80s is in planning; meanwhile its present avatar is on a Facebook page. 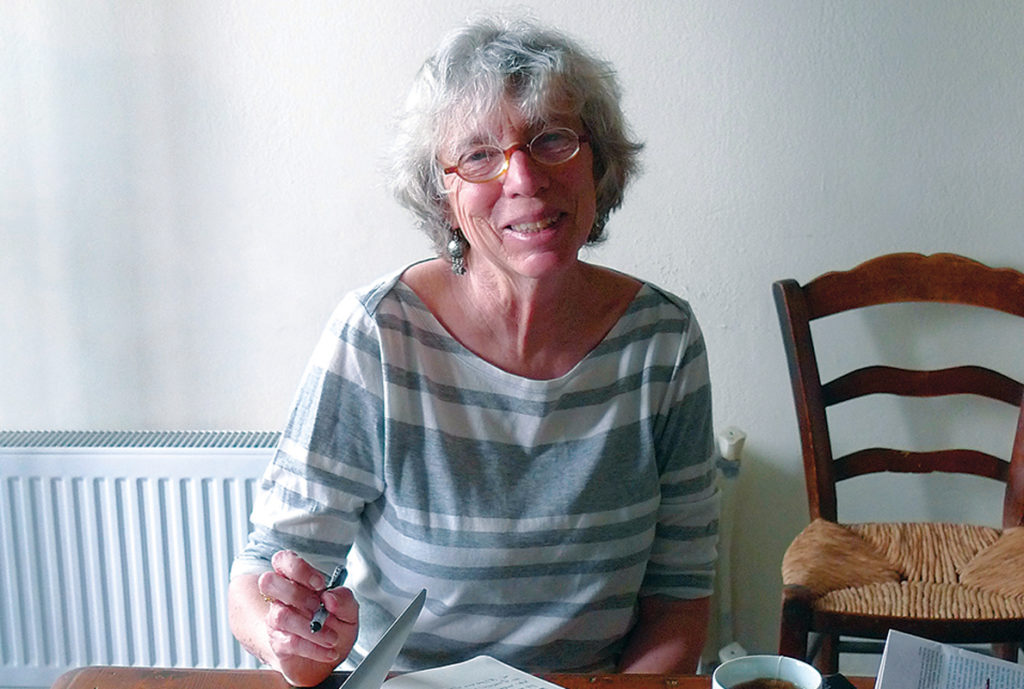 An outsider’s sharp eye on Maine