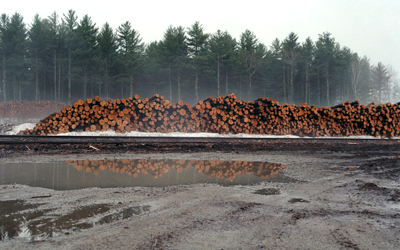 Column and photos by Diana Furukawa

A year ago, I took an afternoon walk down my street, following it across Millinocket Stream to the parking lot of the local high school a couple of blocks away. Being only a few years out of high school myself, it felt a little strange to be there in the shoes of an adult, as I meandered past the overgrown hockey rink and the outdoor swimming pool, carpeted with the season’s first leaves.

The spot on the campus I was most drawn to was objectively the least interesting—a large expanse of bricks comprising the wall of the gym. To me, the wall carried this uncanny feeling of both universality and unfamiliarity. It was a blank page, a latent image, but of what, I did not yet know. 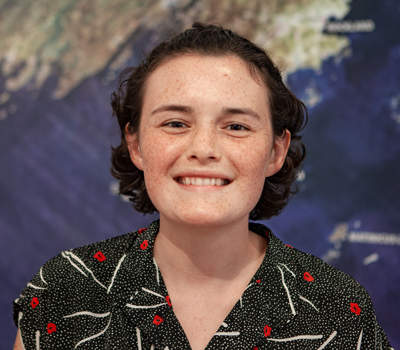 The idea of the latent image originates from the darkroom photography process. To print a photograph, you project light through your film onto light-sensitive paper, causing a grainy apparition to flutter before you. Until it comes in contact with the right chemicals, though, the paper remains blank in appearance. Its invisible ink, its latent potential, remains a secret for the time being.

For years, Millinocket has been in the crossfire of competing projections, presented as either a one-dimensional natural playground of the good old days, or the poster child of quaint stagnancy and industrial decay. It was hard, at first, to sift through these projections—to hear of the loss of a way of life that I couldn’t imagine, while trying to help blueprint a future that I will not see to fruition.

But there’s also a distinct and important moment, when a projection can become a vision. Working at the library, I’ve garnered a particular respect for its vision of resiliency and its ability to incubate growth. Less than four years after it was defunded by the town, it’s undergoing a major building renovation, circulating outdoor gear to community members for free, addressing the digital literacy gap, and facilitating a warm space where you don’t have to buy anything to just be.

The library is not alone, however. In my time in Millinocket, the Katahdin region has been far from stagnant, enacting a first-of-its-kind collaborative planning process. There have been bold efforts to bring public broadband to the area. The town has committed itself to becoming a truly age-friendly community. Buildings have been bulldozed, and new ones will take their place.

At this point, I’ve been walking past the wall at the high school for over a year. On most days, it’s a simple slab of bricks, but I’ll never forget the evening that it transformed before my eyes, as the trees filtered the dwindling light into a kaleidoscope on its surface.

The reason I do darkroom photography comes down to this one moment in the process when the latent becomes the real; when you plunge the paper into the developer, and shapes begin to bloom from the darkness. And as I walked through the construction site of the future library the other week, stepping through half-built walls and squinting to imagine where the circulation desk will stand, I felt as though I had landed in this precise moment in Millinocket: in those few, magical “seconds” of becoming. I can’t wait to see what this image will look like in the end.

Diana Furukawa is working with the Millinocket Memorial Library to develop a community resource and volunteer coordination center for the Katahadin region. Before moving to Maine, she lived in Seattle, Washington. She graduated from Bowdoin College with a degree in sociology and visual arts. 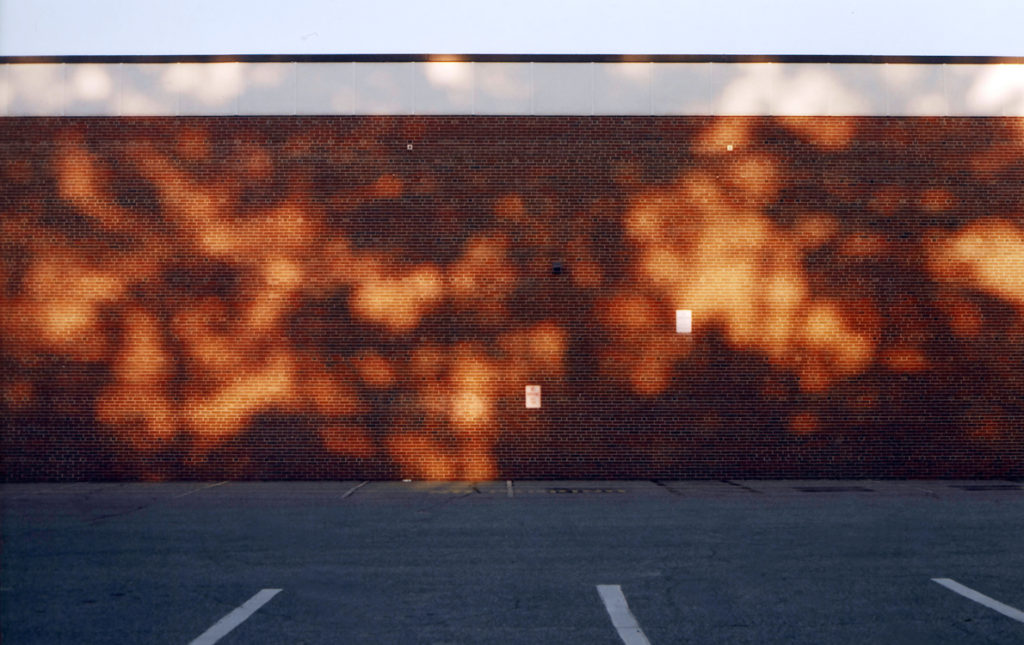