The end of this summer marks the end of an era. After five years, Bill Trevaskis is stepping down from the position of programs director at Waterman’s Community Center.

Bill, who also happens to be my husband, moved with me to North Haven when we were callow 24-year-olds. We’d been friends for a few years and had finally started dating in March of tht year.

In May, I got a phone call out of the blue from Tom Marx, who was then the superintendent of SAD 7, also known as North Haven Community School. Would I be interested in applying for the music and theater teacher position they had just created? They were having trouble getting applicants who could do both things, and his step-son, who went to college with me as it turns out, said I could.

I asked Bill that night, after a recording session, if he would want to move with me to an island off the coast of Maine. We had both just graduated, he from Berklee, and I from my master’s in journalism at Boston University. Job prospects were poor, rent was high, and student loan payments loomed. He said yes.

Bill grew up in San Diego, moved east for music school, and had been to Maine once in his life. I interviewed and was hired later in May, we visited in July and moved in August. I had my job at the school, but Bill was moving with no real plans other than to enjoy the peace and quiet and write some music. As I organized my classroom and attended teacher workshops, he wandered the island in his white Toyota pickup, looking for work and internet access. In the lobby of Waterman’s, he was given the internet password in exchange for signing up for a volunteer coffee shop shift.

That, as they say, was the beginning of a beautiful friendship. While working for RAC Plumbing, he was in the coffee shop weekend mornings, then in the booth running the Saturday evening movie. He became the resident expert on everything technological in the building. He created sound design for dozens of plays and ran the sound board for concerts. Eventually, Waterman’s made the relationship official with the honorary position of tech manager.

When the programs director position opened up in 2011, Bill jumped at the opportunity. By this point he was also on the board of selectmen and, through his work as a plumber, knew every person and every toilet on the island. To nobody’s surprise, he was hired.

So began five years of hard work, connections with artists, and creativity. He booked exciting summer programs and designed elegant posters. In his ripped jeans, T-shirt and down vest, he introduced speakers from Sandor Katz to Mark Bittman, and artists from Lady Lamb the Beekeeper to Deerhoof. He ran the booth, trained interns, ordered coffee shop items, worked with various committees and earned the respect of everyone he encountered.

In the face of his fifth grueling summer at Waterman’s, another opportunity presented itself. A dear friend was retiring from her position teaching music at the Vinalhaven School. A full time job was opening up—not down the street, but just across the Thorofare. Bill submitted a thorough and thoughtful application. Again, the deep connections he had made —on both islands—served him well, and he was hired.

Bill’s tenure at Waterman’s was, in my admittedly biased opinion, extraordinary. I’m excited to see what the next programs director will bring, too. And I couldn’t be happier for my husband to focus in on one task, as much as any teacher ever gets to.

Waterman’s will certainly still benefit from his expertise and volunteerism, and I know I’ll need him to design the sound for my plays. But the closing of this era, and the opening of the next, feels like the right thing at the right time. 

Courtney Naliboff lives and teaches on North Haven. The Working Waterfront and Island Journal publications are grateful to Bill Trevaskis for his generosity with his photography work. 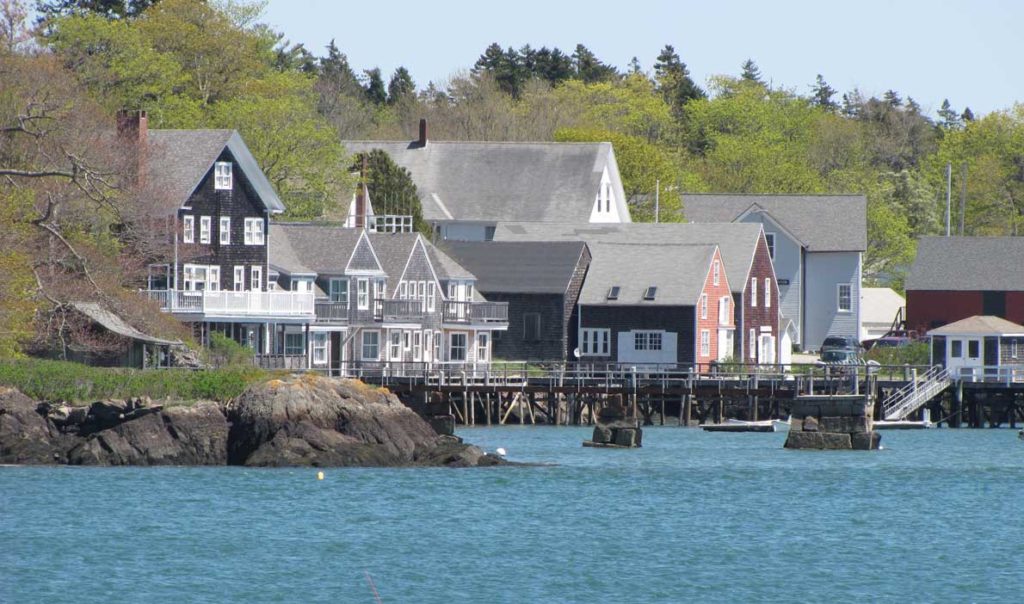