Sometimes I hate living on Swan’s Island. Really hate it.

The island can be nosey. Everyone knows everything about you. If you left the island recently, what you bought at the island store or at Hannaford’s in Ellsworth, who you’ve been talking to or not talking to—they know.

The island can be opinionated. There is no shortage of people who feel they know “the best” way to knit, to garden, to mow, to plow, to trim trees, or to run the ferry, and their opinion should, obviously, be followed.

The island can be judgmental. So very judgmental. If you let it, it can drive you to a point of paranoia and you will find yourself wondering—did I laugh too loud at that joke which some people clearly thought was inappropriate? Will so-and-so think I left that meeting early as a snub?

The island holds grudges from last year and last decade like they both happened yesterday. Families hold together in voting blocs which ignite unending conspiracy theories within island politics.

I never valued it much, but there is a peace in anonymity, a carefree joy in talking to strangers. Conversations can roll off my tongue and I am not frantically trying to remember an extensive family tree so that I don’t accidentally talk badly about someone’s cousin (even if I am truly angry at them), or that I have to feign ignorance about Saturday’s party while talking with Joe Shmoe because he’s currently being snubbed (probably for talking badly about the aforementioned cousin).

I don’t have to remember that this person cringes if you say, “Oh God!” and that person will take it personally if you do not make direct eye contact and practically scream “HELLO” so that you can be heard.

Quite frankly, the island can be stifling, like a strong hug that at first is comforting but is too tight and lasts too long. Hugs are tricky like that. But grudges, snubs, and arguments get tossed aside when something happens to an islander.

Island kids don’t let each other get bullied at Mount Destert Island High School. Potluck fundraisers are put together seemingly overnight when someone is diagnosed with cancer. Baby showers are attended by practically everyone because new babies bring, figuratively and literally, life to the island.

Firewood gets split and stacked and driveways get plowed for older residents by anonymous strangers when winter gets rough. People take turns making sure those with mobility issues get picked up and transported to island events so that they, too, can participate. Dishes arrive as if by magic at the doorsteps of people recently returned from the hospital.

The island has its cliques, but there is no stronger clique than being an islander. Being an islander means someone is always around to vent to, to talk to, to offer a kind word, a prayer, or an affirmation of someone’s good (or poor) character, to share a cup of coffee or tea, to laugh with, to cry with, or to lean on.

The island’s greatest strength is its community’s giant, all-encompassing hug.  It’s comforting and selfless and within this symbol of care and love you are gifted a fleeting moment of true relaxation. Hugs are tricky like that.

Stevie Kowalczyk is working with the Lobster and Marine Museum to help curate its maritime and fishing history collection. She has a master of science in cultural heritage management from the University of Minnesota. 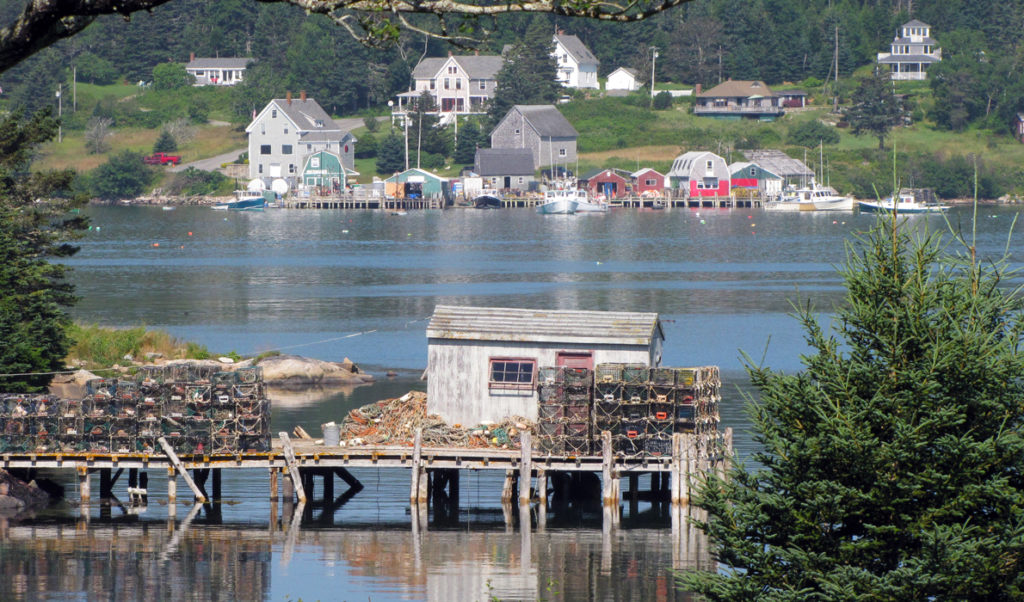