Big whales, bigger weather, young men at sea in rickety boats as underdogs in quixotic quests. It’s the stuff of good fiction. It’s also the story of Peter Willcox, who has traveled more than 400,000 miles at the helm of Greenpeace ships, through tropical storms and sea ice, taking on sealers, whalers and nuclear waste. Now Willcox, who lives on Islesboro, has written Greenpeace Captain, and it’s a hell of a tale.

Willcox started off as a sailor who inherited a lefty political bent from his activist family. After working for five years as captain of folksinger Pete Seeger’s sloop Clearwater, then as first mate on a square-rigger, he signed on with Greenpeace in 1981 after seeing a “sailors wanted” ad in National Fisherman.

Since then, he and his crews have spray painted seal pups to prevent their clubbing, placed themselves between ships and their intended docks, and boarded whaling ships to hang banners and lock themselves to the harpoon guns. Once, they coordinated with fishermen to encircle a toxic-waste incinerator on the North Sea.

Although the confrontations, a.k.a. “direct actions,” were often tense, Willcox emphasizes Greenpeace’s commitment to non-violence. But he also makes clear that the actions were only part of what made these Greenpeace campaigns effective. It was the savvy use of images that gave Greenpeace its influence—the photos and film of their protests that made the front pages of newspapers, and led evening news broadcasts.

The all-important images led to an escapade that seems improbably crazy, when one of Willcox’s crew left a whaling camp on the Siberian coast, intent on traveling 120 miles across the Bering Sea in an open boat to deliver film to Alaska. His compass malfunctioning, he promptly motored toward Japan.

Fortunately, he was apprehended nearby by a crew in a Soviet chopper. (Portland lawyer/politician Jon Hinck appears as the national campaign coordinator for Greenpeace in this era, drumming up stateside publicity for the actions.)

Willcox is an amiable narrator, but we get glimpses of the stress he felt. Once, during a high-stakes, close-quarters confrontation with a Soviet freighter, Willcox did his best to imitate Horatio Hornblower, the protagonist of C.S. Forester’s books. “I had read all the Hornblower novels, and I try to model my demeanor after his: calmly standing with hands in pockets, on deck, deep in thought planning his next move.” But, he concedes, he likely failed to appear so composed. 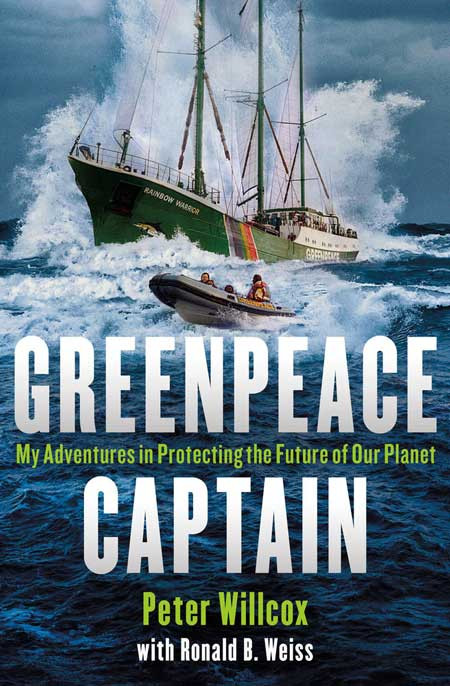 But, through Willcox’s eyes, we do see how environmental debates have shifted over the last few decades, from nukes and whales to a warming planet. On one voyage, Willcox captains an icebreaker to Greenland to document climate change; University of Maine researcher Gordon Hamilton travels along to retrieve samples of glacial ice.

Looking back now, the early days of Greenpeace can seem quaint—rag-tag crews in faded tee shirts and cut-offs, drinking beer, smoking a little weed, getting between the whalers and the whales. But it was deadly serious stuff. No more so than in 1985, when agents of the French government blew up the Rainbow Warrior at a dock in New Zealand. Miraculously, though two explosions ripped massive holes in the vessel’s hull, Willcox and crew mostly survived; one crewmember died.

And the book winds up with another somber note—a 2013 jailhouse diary from Willcox’s months as a prisoner in Russia, where his ship was protesting oil drilling in the Arctic. Bringing his career full circle, Pete Seeger sent a hand-written letter to Russian President Vladimir Putin, requesting Willcox’s release. “The people of the world are watching,” he wrote.

Eventually, Willcox and his crew were released, and he made it back to Islesboro, and his wife Maggy. But his eyes were scanning the horizon. The sea was calling him back.

Murray Carpenter is the author of Caffeinated: How Our Daily Habit Helps, Hurts, and Hooks Us. He lives in Belfast. 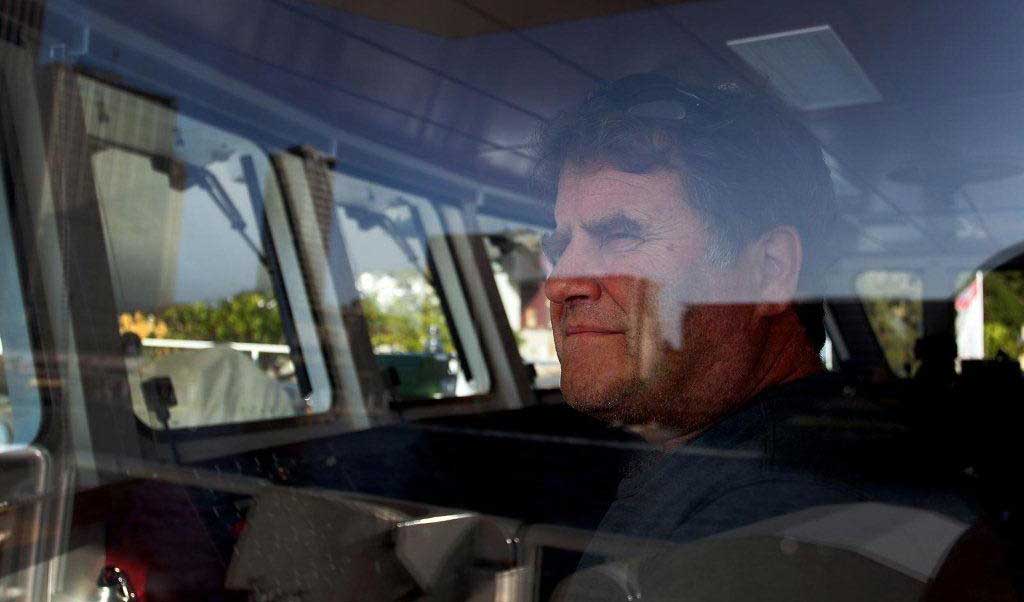 Peter Willcox in the wheelhouse of a Greenpeace ship.