Reflections is written by Island Fellows, recent college grads who do community service work on Maine islands and in remote coastal communities through the Island Institute, publisher of The Working Waterfront.

Two of my students were running towards me, yelling my name.

As they got closer, I could just make out the tiny bulbs of garlic they were each holding carefully in their hands. I smiled and replied sincerely “that is amazing!”

One of my first undertakings as an Island Fellow on Peaks Island was to run an afterschool program to get the school yard ready for an expansion of the gardens. I landed on Peaks in the fall, the perfect time to start a project preparing beds for the spring.

With anywhere from eight to 12 kids on a given afternoon, we got to work removing invasive species (including but not limited to the bittersweet, barberry, and swallow wart that has engulfed the playground over the years) and preparing new beds for fruit trees and shrubs. On the day the students found the garlic, we were digging out weeds along the fence on the far side of the playground.

What was so amazing about finding the garlic was its unexpected placement. You find garlic in a garden, not growing along the fence. Therefore, when you do find it growing along a fence, though the garlic itself is not any different than garlic you might find growing in a garden, it becomes a special prize—a hidden gem—because it’s not where you expected it to be.

Peaks is not that far offshore from Portland (three miles to be exact—one of the reasons I have been gifted the nickname “City Fellow” by islanders and colleagues alike). I can see the lights of Portland as I walk the mile home from the ferry at night. Peaks also has between 14 and 16 ferries a day, depending on the season, making travel between Portland and Peaks both convenient and easy. (Which is crazy given that some of the other fellows in my cohort moved to places like Monhegan and Frenchboro, where they probably don’t even have 16 ferries a month!)

This is all to say that when I first moved to Peaks, I didn’t expect it to feel like an island community in the way I once envisioned. Because of its proximity to Portland, I figured it’d feel more like I was living in Scarborough or Saco than on an island. Before moving here, I thought, “You find island communities in the hard to reach corners of the ocean, not 25 minutes away from Maine’s largest city.”

It turns out, you actually just find island communities on islands. I have been folded into a community that is so layered and loving and creative and complicated that it could only exist on an island. I’ve learned in my four short months on this island that people move here or stay here for a reason. People love this place so much because Peaks is made up of a group of kindred spirits, people who are compassionate and caring; outgoing and outspoken; independent and wild; curious and kind. And I think that’s why people move to or stay on islands in general—because of the unique people who make up these unique places we call home.

And what has been so amazing about finding this tight-knit community on Peaks (and being so wholeheartedly welcomed by it) is that, like finding garlic along a fence post, I wasn’t expecting it in the first place.

Nell Houde works with teachers and students at Peaks Island Elementary School to bring its edible schoolyard master plan to life. She also works with the Peaks Assisted Living organization with fundraising, financing, and operations systems. Houde is a graduate of Bates College where she majored in environmental studies and general education with a focus on community education and agriculture. 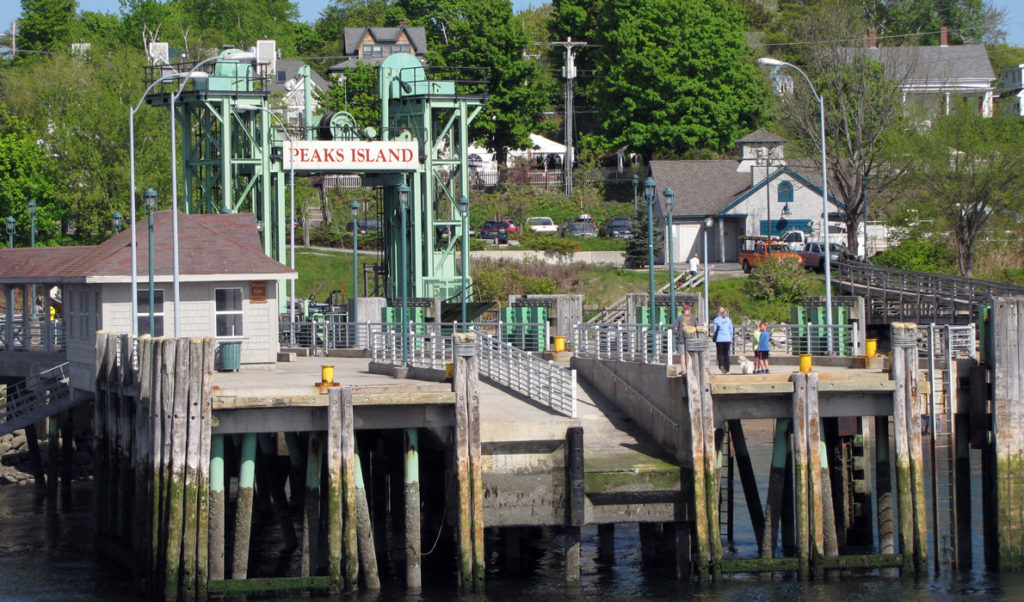