When I look back on what I’ve written for this column in Septembers past, the theme is regularly similar and the ache familiar, year after year. Do other people experience a September transition like I do in the Cranberry Isles? I’ve wished for something, gotten it and am not quite ready to like it. My feelings during this transition can be described in a single word. Bittersweet.

Each year, for about two weeks, some of us carry the weight of this oxymoronic emotion, looking to each other for confirmation that nothing is really wrong, but that we’re just feeling the acute tenderness that appears every year after Labor Day. We’ve yearned for some breathing space during a crowded August, only to have it arrive so abruptly that the instant relief is affiliated with a sense of loneliness.

Where are our summer friends when we get an 80-degree day in September and the water finally feels warm enough for a real swim? Those of us who are here, bravely say, “Look, it’s still summer!” but we know it’s not. It’s the in-between time. The time just before we remember to accept that fall is pretty spectacular here, that we’re really doing quite well, and that a new season is about to arrive.

The abrupt end of summer means a larger proportion of goodbyes than we experience at other times of year. The summer girl in me still feels lucky to be the one standing on the dock, waving, as people crowd the mailboat, heading back to their other homes and lives.

As a person who has now lived here for 40 years, the goodbyes from the dock carry mixed sentiments. My thrill at being able to call the island my home at the end of summer is mitigated by knowledge that comes with age. Not all goodbyes are temporary.

A final farewell for many of us occurred with the end of Dan and Cynthia Lief’s remarkable stewardship of the Islesford Dock Restaurant. For 24 summers they offered the community amazing meals while providing a large number of jobs to island teens and college students, fostering various future interests in the food industry. Bruce and I often finished our Dock meals by sharing the hot fudge peanut brittle sundae. You know, it’s the one Martha Stewart mentioned, on line, in Vanity Fair. (http://www.vanityfair.com/culture/photos/2012/07/martha-stewart-camera-phone-food-photos#1)

In a 2-quart saucepan, stir together:

Bring to a boil, stirring, and then let boil gently for 8 to 10 minutes.

Remove from heat and add in:

a pinch of salt

The closing meal at the Islesford Dock Restaurant took place on Sept. 3. As toasts were made to Dan and Cynthia and as photo albums from earlier years were passed from table to table, I couldn’t help but notice that my friends, the owners, looked exhausted… and happy. They are ready for a change even if the rest of us might not be.

In their coming summers, they will have time to spend at the beach with their grandchildren and visit with their friends. While I can accept that it’s a pretty spectacular idea for them, it is still hard to say goodbye to their restaurant, not just for the end of the summer, but for the last time.

Soon, a new season arrives with temperatures more conducive to bringing home ice cream on the mail boat. Just the thing to serve with fudge sauce for a happy ending to a bittersweet time. 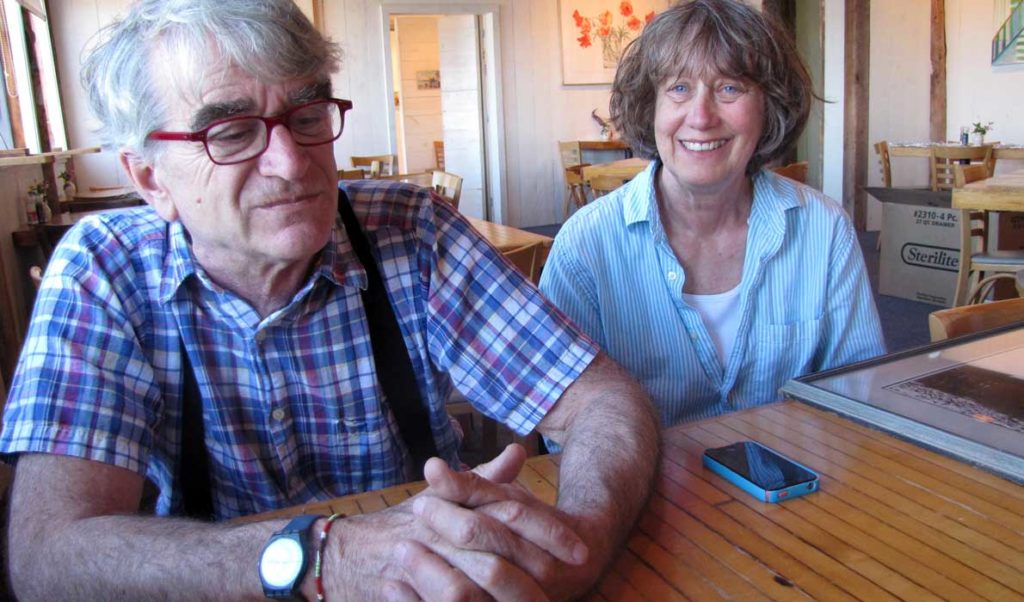