Among the students who travel to Calais for a variety of half-day vocational programs at the St. Croix Regional Technical Center, some are linking up with Stanford University for medical research.

The first task students face in Jon Bragdon’s computer electronics class at the technical center is building their own computers. The most gifted as well as the academically challenged thrive together under Bragdon’s  teaching approach, which he describes as “giving opportunities for excellence to find itself.” Computer skills cannot be taught through a textbook, he says, because of the speed with which the technology changes.

This year, starting from one student’s desire to build a special computer for at-home applications, Bragdon noted an “interesting momentum growing” among the class. The challenge was born.

The project, launched in 2000, works by tasking computers throughout the globe to run simulations of the folding of proteins. This research is used, among other applications, in the medical field to better understand the causes of various diseases.

Students Nathan Chambers and Antonio Andreucci have been running the molecular software since before Christmas. They can watch the atoms rotate and configure in front of a world map that shows where participants are located. Close to two million people have been involved in this program over the years. 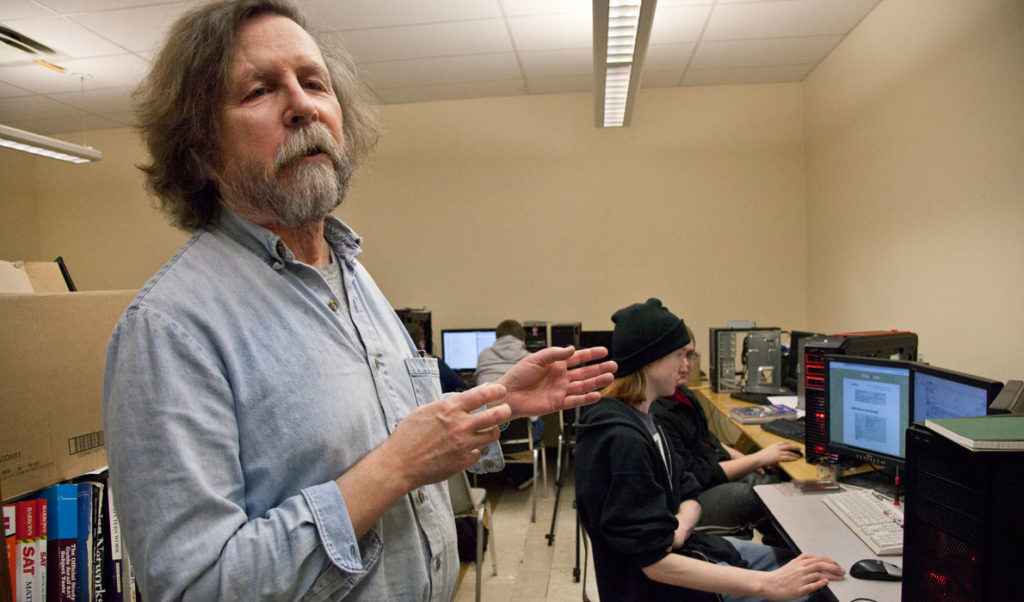