Lucas Lemoine, the 33-year-old scallop fisherman from Swan’s Island charged earlier this year with multiple violations of marine resources laws, has had all of his commercial fishing licenses permanently revoked as a result of a history of violations that goes back almost two decades.

This is the first time a commercial fishing license has been permanently revoked by the commissioner of the Department of Marine Resources (DMR), who was granted the authority last year.

In March, Lemoine was charged with multiple violations of marine resources laws after an investigation in the pre-dawn hours by Maine Marine Patrol officers Jeff Turcotte and Brent Chasse and specialist Sean Dow.

“The decision to permanently revoke Lamoine’s commercial licenses was not one I made lightly,” said Patrick Keliher, DMR commissioner. “However, these were the latest in a long list of violations he committed.”

“He continues to show a pattern of willful disregard for our marine resources laws, so I have permanently revoked all of his licenses,” Keliher said.

Lemoine held both a scallop dragger and lobster license.

The authority to revoke is new for the department and is the result of a law passed in the last session of the 126th legislature. Under the law, license holders with six or more convictions or adjudications of marine resource laws may have their licenses permanently revoked by the commissioner.

Not including the March violations, Lemoine has been adjudicated or convicted of 19 violations of Maine’s marine resources laws since 1998.

On April 14, Commissioner Keliher sent a letter to Lemoine notifying him of the revocation and informing him of his right to request an administrative hearing before the department. During the hearing, the commissioner will consider all evidence presented and either confirm the revocation or reinstate his licenses. If reinstatement is granted, his licenses may be subject to a period of suspension depending on the evidence presented.

“This new authority is not one I anticipate having to use often, since the vast majority of license holders voluntarily comply with our laws,” Keliher said. “But when faced with people who, like Lucas Lemoine, demonstrate a pattern of disregard for the laws that protect and sustain our valuable marine resources, I will make use of any and all authority to remove those law breakers from the water.

“Access to both lobster licenses and scallop licenses is limited,” he continued, “so the individuals who hold these licenses are privileged. That privilege comes with a responsibility to comply with the laws that protect and sustain our marine resources. Removing repeat offenders like Lucas Lemoine will allow people waiting to get into these fisheries a chance to earn a living through lawful participation in Maine’s commercial fisheries.” 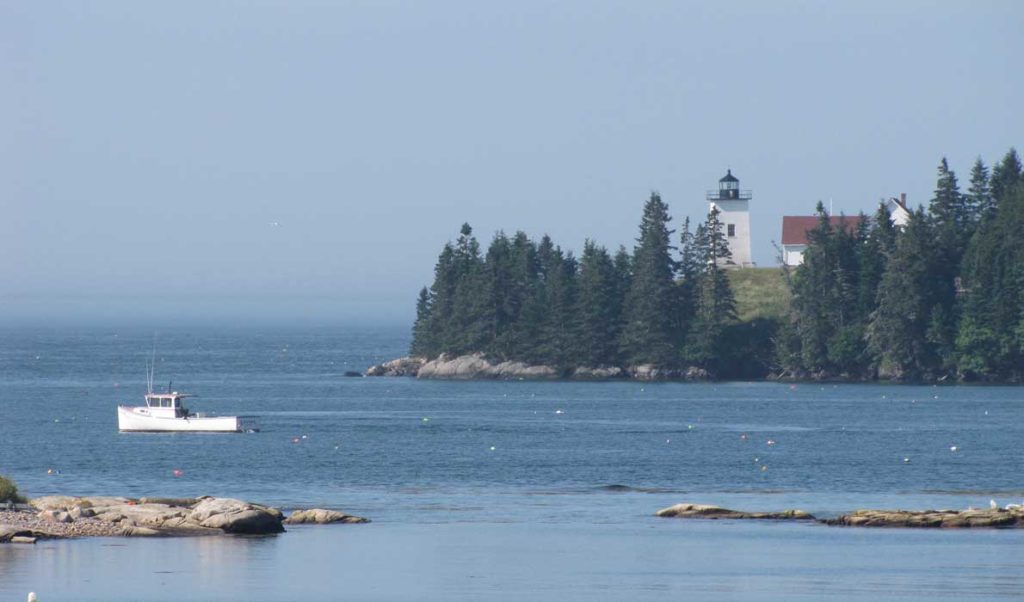 A lobster boat near Swan's Island.