A landmark building from the 1890s and a historical society in need of a new home found each other on Swan’s Island.

The Swan’s Island Historical Society, established in 1972 as part of the Swan’s Island Educational Society, has had its ups and downs, but saw a surge of interest and community support after a 2008 fire destroyed much of its collection. Volunteers worked diligently to salvage what they could, and then obtain and catalog countless new donations.

This impressive assortment of documents, artifacts, photographs, and genealogies is housed in multiple locations across the island—the Swan’s Island Library, storage sheds, and an archive room in the town hall. The “office” is tucked away in a corner of the town hall as well.

Because there is no space for on-going exhibits, society members create a new exhibit each year that is hung in the lighthouse during the summer season and moved to the library the rest of the year. 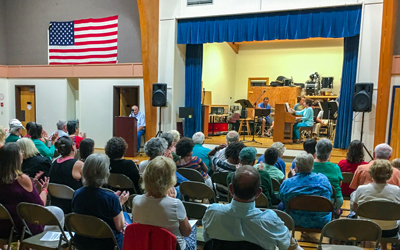 The historical society is supported by a small group of dedicated volunteers who work throughout the year to continue identifying and cataloging items and creating their annual exhibits. The society received an offer it couldn’t refuse—to occupy and manage a vacant church.

Like most churches, the Swan’s Island Methodist Church served as one of the centerpieces of island life. According to Dr. Herman Small’s book, seen by many as the first comprehensive history of the island, “the Methodist society was organized in 1834. The first preacher of that denomination here was Rev. Asa Wasgatt.”

Services were initially held in the Center Schoolhouse, but in 1891, “a church was built at the cost of $2,500.” In 1898, when the book was published, there were 30 members. As the population of the island ebbed and flowed, so did membership.

With attendance at an all-time low, the building was listed for sale in 2005. A concerned group of residents formed the Friends for the Preservation of the Methodist Church in order to purchase the building and guarantee its continued use for religious and community purposes.

The group purchased the building in September of that year and services continued for several more years under various year-round and seasonal ministers.  Unfortunately, the change in ownership was not enough to revive participation. Regular services effectively ended in 2014, and aside from the occasional wedding, burial service, and craft fair, the building sat virtually abandoned and decaying.

By the summer of 2016, it was clear another purpose needed to be found for the building to ensure its survival. The historical society was approached to occupy and care for the building. While it seemed a natural fit, there were a number of challenges to taking on the new responsibility.

First, the historical society was still a part of the educational society and would have to become an independent non-profit. Second, with an annual operating budget of only $3,000, managing expenses seemed untenable.

Serious discussions about how to affect an amicable split from the library, establish a legal entity for the society, transfer artifacts and records, and raise funds began in 2018.

Obtaining the non-profit status was the easy part and completed earlier this year. This meant the group could start working on the harder part, asking for tax-deductible donations to help cover costs associated with the transfer, maintenance, and upgrading of the property.

To kick off the inaugural fundraising campaign, the historical society hosted a night of live music featuring local talent performing old time radio, church classics, and even a little rock ‘n roll. The island is home to numerous talents such as Kimberly Haller, professional pianist, and the Walker Brothers, regionally renowned guitarists. Other artists included Marian Stinson, who has been playing piano for 80-plus years and has never read a note of music.  One group was comprised of three generations of the Joyce family on the piano, saxophone, guitar, and drums.

The Methodist church and historical society have individually weathered the ups and downs of island life, but now have found a new way to sustain each other. Church trustees, society officers, and community members alike agree this is truly a match made in heaven.

To make a tax-deductible donation to help the Swan’s Island Historical Society maintain this historic building for future generations, you can mail a check to PO Box 144, Swan’s Island, ME  04685. 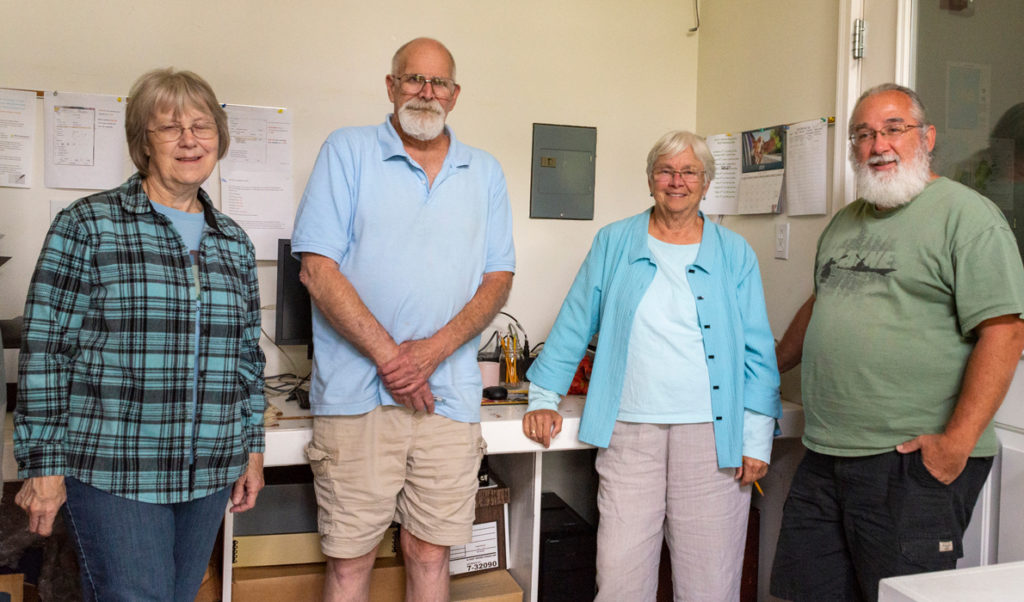