SWAN’S ISLAND — A straw poll in July could determine the future of the island’s ratepayer-owned electric cooperative.

The approximately 450 ratepayers in the Swan’s Island Electric Cooperative will choose between maintaining an island-based grid, which allows a certain amount of local control in responding to outages and bill collection, and the lower costs that would come by merging with Emera Maine, the utility that provides electricity to much of the northern and eastern parts of the state.

A substantially lower monthly electric bill might seem like it would carry the day for merging with Emera. But Jeffrey Ellison, the coop’s manager, said good arguments can be made on both sides.

“I am still undecided and trying to remain objective,” he said after the May 28 public meeting at which information was presented on the possible merger.

At that meeting, “There were quite a number of people who didn’t want to lose control of the coop,” he said. They knew what the electric rates were when they moved to the island and accepted them, he said.

But costs would drop if the coop merged with—and became absorbed by—Emera. And that’s what has prompted investigation into and consideration of the merger.

Currently, ratepayers on Swan’s Island and nearby Frenchboro (Long Island), which is linked to the Swan’s Island grid by a submarine electric cable, pay a monthly base fee of $46 whether they use any electricity or not.

Even with the high rates, the coop needed more revenue, and so a year ago, it applied to the Maine Public Utilities Commission (PUC) for a rate increase under a hardship provision. The PUC and the Maine Office of the Public Advocate urged the coop to explore three options: rate increases, merging with a larger cooperative or utility, and adding renewables to its supply, Ellison said.

Considering those options led to a May 8 meeting at which representatives of the coop, Emera, the PUC and the public advocate office “discussed, in rough outline terms, what a merger might look like,” Ellison said.

Currently, the coop bills ratepayers for about $800,000 annually. Under Emera, the collective island bill would be about $460,000, Ellison said. Residential users would see a reduction of 46 percent to 48 percent, he said, while larger commercial users would see costs drop 33 percent.

The Island Market & Supply would benefit with reduced commercial rates, Ellison noted, “which benefits us all, if the island store is healthy.”

And instead of the $46 monthly base fee, residents would pay a minimum of $7.95 under Emera.

Another benefit that would come by joining Emera is that the large utility would take on ownership and maintenance of the coop’s four submarine cables.

“At some point, our cables are going to wear out, and it would be a huge burden to our ratepayers to replace them,” he said. The larger utility also would pay off the coop’s debt of $1.7 million (and absorb its assets).

“Net metering” is a benefit Emera would provide, Ellison said, explaining that if a home or business had solar panels generating more electricity than the ratepayer used, the value of the power to the grid could be credited to the ratepayer’s bill. Currently, the coop is unable to provide this service.

On the other side of the equation, closing the coop would mean the loss of about nine island jobs (about four full-time-equivalent positions).

Among them is an island line worker.

“They say they don’t provide that level of service to other remote, rural areas,” Ellison said of the local line worker.

When storms cause outages, Ellison said, the island-based line worker is able to clear branches and restore power quickly. Under Emera, if a line were knocked down, the utility would cut electricity to the island; currently, with a line worker on site, the coop is able to isolate the outage area and keep power on elsewhere, Ellison said.

If weather prevents an Emera line crew from getting to the island, outages could last significantly longer.

The coop often allows ratepayers a grace period in catching up on bill payment, he said, understanding that fishermen may have poor cash flow until early summer.

“We don’t know if Emera would deal with people that way,” Ellison said.

The straw poll will be held at the coop’s annual meeting in July. Unless strong support for the merger is seen in the vote, he said, Emera will not pursue the take over, which includes assessing the island grid and other preliminary work.

If the vote shows widespread support, the details of a contract will be hammered out and another ratepayer vote would come to finalize the deal.

Emera and the coop would have to secure PUC approval before a final agreement is implemented. 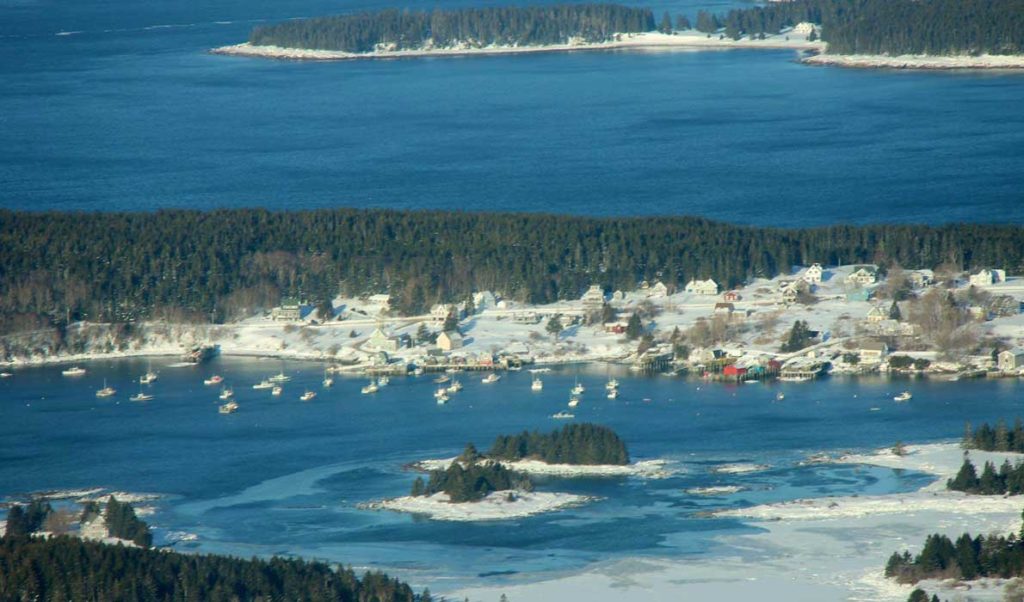