When Christine Dentremont finished the industrial design program at Pratt Institute in Brooklyn, N.Y., she relocated two days later to Swan’s Island, where she would spend the next few years as a sternman on a lobster boat.

Fishing was never going to be her ultimate career move, but she found it useful for more than the wage. With her design training, she began to view her environment in terms of form in relation to function—the waves of the sea, the curve of a hull, the creatures of the deep.

Today, Dentremont is back to her designing ways, applying these forms to furniture, useable art items and décor. This past spring, her work—a blend of art and craft—was recognized by the Maine Arts Commission when it named her the 2015 Functional Craft Arts Fellow, which came with a $5,000 grant. The award is allowing her to launch a professional studio and market to a broader audience.

On a recent sunny day, Dentremont was leading the way to her studio, located upstairs in a garage on her parents’ property, through a warren of old furnishings, yard tools, machinery and dozens of antique signal cannons her father has collected over the years.

At the back of the attic, she opened a door to a light-filled space, a large canvas painted with multiple blue-green swirls off to one side. Stacked under a workbench are long, thin strips of veneer. Shelves are full of bottles of varnish and liquid porcelain; several dozen sand dollars, cast from molds taken from the real shells, sit on a couple of tables, in various states of packaging for retail outlets. 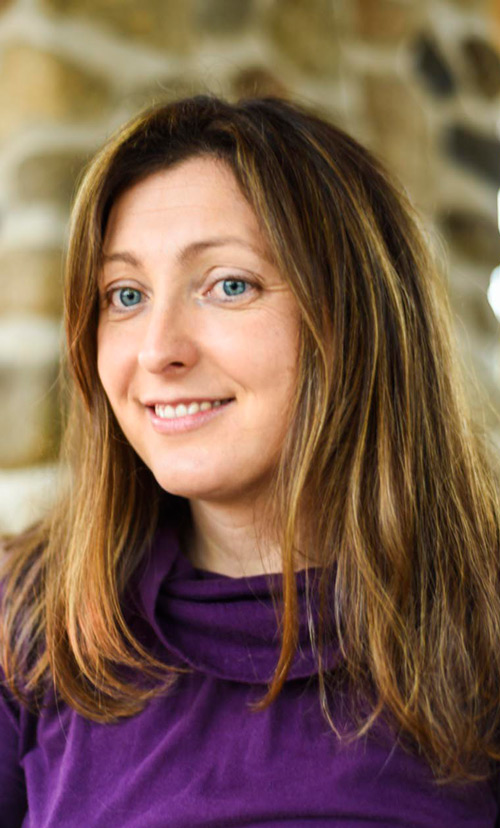 From the top of one shelf, she pulls down a high-gloss, cherry-red stool with a wavy seat and curved legs. A prototype for factory production, it’s light, stackable, inexpensively made and designed with ergonomics in mind. Another piece, which she calls a “wave bench,” mimics the movement of waves with the dramatic upward sweep of the seat platform at each end.

“I’ve been doing a variety of stuff,” she said, taking down a pendant light fixture cast in the shape of a giant sea urchin, an exploration of patterns and textures. “I always like to learn.”

Born and raised in New York, Dentremont’s connection with the island started in the late 1980s, when her parents bought a summer home. She owes her precipitous move here to love, for a young man from East Millinocket who based himself on the island to go urchin fishing.

“I had options to stay in the city and work in industrial design, but I couldn’t see myself working in a cubicle,” she said. “Especially when you weigh out the rent and paying school loans, and being happy doing those things.”

Sterning for a fellow named Rusty Crossman, she enjoyed being on the water and doing physical work.

“I took a break from artwork for a while,” she said. When she had her daughter, now 12, she focused on child-raising, homeschooling and volunteer work for the community. In 2007, she returned to a concept begun at Pratt, a wave-shaped benchtop, balanced on “rocks” cast in cement.

The bench became a multi-year work in progress that involved creating a half-circle jig to take strips of luan—a tropical hardwood—laid over it in laminates of complex curves, glued together and held in place while drying with weights, tie-downs and hundreds of clamps. For the base, she discarded the rock idea when, at a local demolition site, she spotted a steel I-beam perfect for cutting down to size.

“I said, ‘Oh, that would be the perfect grounding piece for my bench. It’s really solid,’” she recalled.

As it happened, there were also some discarded treadmills at the dump.

“I think it’s the industrial design part of me, breaking down those materials and using them, because I cut the arches off a treadmill and used that as a design element.”

The result is a top that’s curved and light, and a base that’s solid and grounded. The wave bench, she said, is a reflection of the ocean and an expression of her sculptural sensibility as a one-of-a-kind piece. As she learned to laminate wood, she realized she could achieve similarly curvy furnishings that could be more easily mass-produced, thus the smaller stool.

“The seat is one of the hardest things to design,” she said. “It’s weight-bearing, but it needs to be light so people can move it. So it’s tricky to do.”

Other commissions include multifunctional stools/end tables crafted for the Swan’s Island Library from the Dutch elm named “Herbie,” a 240-year-old tree in Yarmouth that was taken down in 2010 when it succumbed to disease; a walnut bench with top inlay in melted black lacquer, sold at the Rockland-based Archipelago Fine Arts Gallery (operated by the Island Institute, publisher of The Working Waterfront); and whirligigs made from repurposed bicycle parts for Eco-Motion, an interactive street show in Belfast. The wave bench will be featured at the new J&B Atlantic Gallery in Ellsworth.

Life on an island plays a role in some of this production: She planned to fire up her kiln to produce light fixtures in the shape of jellyfish this past winter, but the propane provider on the mainland had trouble making enough trips to the island due to weather.

“So I had to ration everything and the pieces wouldn’t set,” she said.

But now, she’s at full throttle, sketching new pieces, including steam-bent furniture inspired by ferns, launching a website, attending art shows, and reaching out to galleries.

“Being acknowledged by the Maine Arts Commission is an honor and fuels my sincere desire to be part of Maine’s creative economy,” she said. 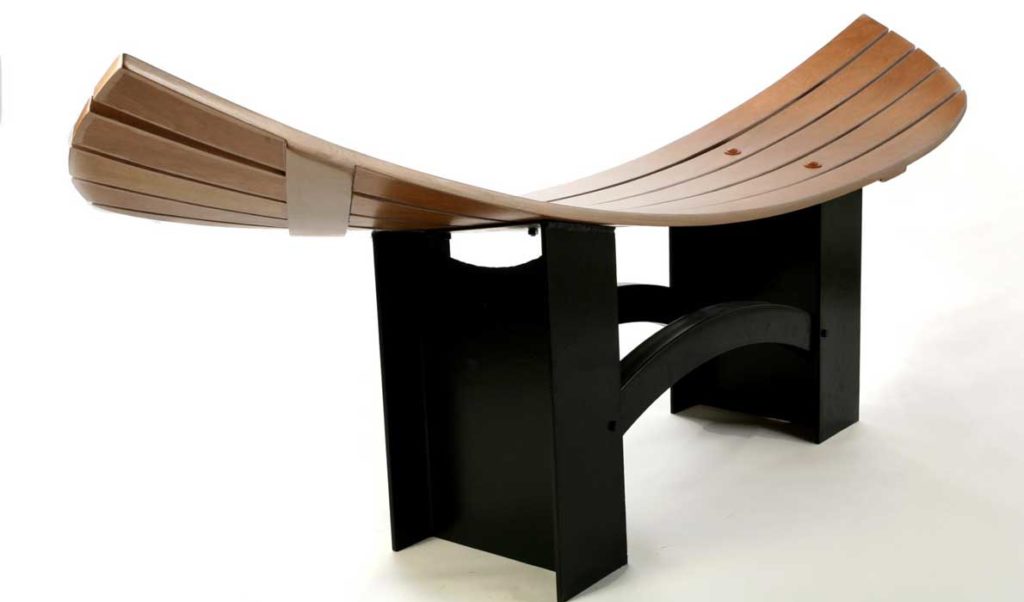