Ratepayers in the Swan’s Island Electric Cooperative voted to authorize the coop’s board to further investigate merging with or being acquired by Emera Maine, the utility that provides electricity for much of eastern and northern Maine.

Ratepayers on Swan’s Island, and nearby Frenchboro, whose electric customers are linked to Swan’s through a submarine cable, were given until the end of the July 23 annual meeting to return paper ballots, and of the 243 received in time, 223 supported exploring the move. That computes to 97 percent support, said the coop’s Karen Griffin.

The ballot included three statements corresponding to the options:

Griffin said 13 ballots indicated opposition to the merger or acquisition, five expressed no opinion, and a few were blank.

Emera officials and the coop’s board and staff will now explore the logistics of a merger or acquisition, addressing such matters as the status of infrastructure, including the cable between the island and mainland; the coop’s debt; and its physical assets such as vehicles and equipment.

Susan Faloon, a spokeswoman for Emera, said the company will “enter negotiations with an open mind,” but confirmed that if the merger is completed, island customers “would pay what customers [on the mainland] pay.”

A final vote of coop members will come after details are worked out.

The move to consider abandoning the coop model came because residents pay cripplingly high electric rates, including a monthly base fee of $46 whether they use any electricity or not, which is especially irksome to summer residents. Year-round residents also are burdened, paying high electric rates during the coldest months.

Currently, the coop bills ratepayers about $800,000 annually. Under Emera, the collective islands bill would be about $460,000. Residential users would see a reduction of 46-48 percent, while larger commercial users would see costs drop 33 percent.

And instead of the $46 monthly base fee, residents would pay a minimum of $7.95 under Emera.

Nearly 100 people attended the annual meeting on Swan’s Island, Griffin said, at which representatives of Emera spoke about the company.

One concern some ratepayers have about a merger or acquisition is the speed at which Emera would respond to outages. If a winter storm knocks down lines, the utility shuts down the entire island for safety reasons. A line truck and crew might not be able to respond to the island in a timely way if there are widespread outages on the mainland, or if bad weather cancels ferry service.

Currently, the coop employs a line worker on the island.

Apart from a merger or acquisition, some on the island are investigating establishing renewable energy production on the island, which is an option the Maine Public Utilities Commission suggested when the coop first began considering a merger. Emera, like all utility companies, handles only transmission and distribution, and does not generate electricity. 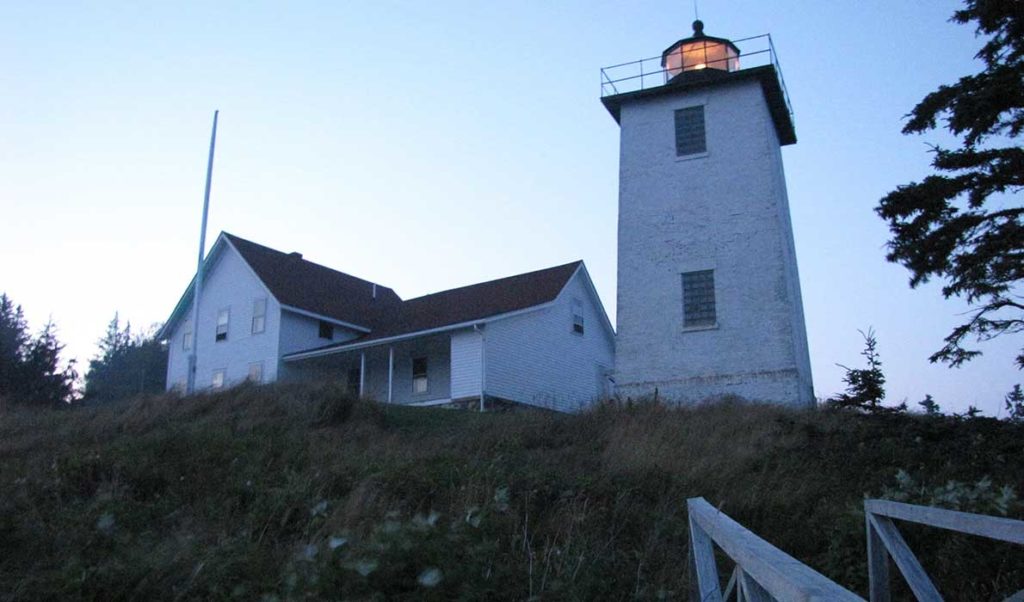