Looking for that fascinating tidbit to liven up the VHF radio chatter or cocktail party conversation this summer? Here are four facts about the ocean—on scales from global to local—that might surprise you and will definitely wow most of your friends and neighbors.

The ice sheets that currently cover Greenland and West Antarctica are so massive that they exert a gravitational influence on the sea. Just as the moon and earth attract each other with a force that is proportional to their two masses multiplied together, the ice sheet and each particle of water in the sea attract each other.

The net effect is that the ocean water in the vicinity of the ice sheets piles up a bit, and the surface of the ocean more than a couple thousand miles away sits a bit lower than it would otherwise. This phenomenon is becoming critically important as researchers seek to understand the many influences on sea level around the world to inform their projections of future sea level.

It turns out that as ice sheets melt and global average sea level rises, the distribution of water around the planet will also change; as the ice sheets shrink, their gravitational influence decreases, and the “piling up” effect lessens. This means sea levels very close to the current ice sheets could actually decrease, while areas further away may see substantially more sea level rise than they otherwise would solely due to the fresh water the melting will add to the oceans.

In addition to the ice sheet influence, a number of other factors lead to variations in how high or low sea surface sits throughout the world’s oceans. As an example, the surface of the sea bulges upward in the middle of the sub-tropical gyres—the giant circulation systems in the mid-latitudes.

In the North Atlantic, most of us know the sub-tropical gyre through familiarity with the Gulf Stream, which outlines the western and northern edge of the gyre. A return flow outlines the rest of the gyre, carrying colder waters southward and westward.

The reason that the Gulf Stream flows is due primarily to the fact that sea surface is a couple of feet higher on its right than on its left, and unlike a river, which flows from high ground to low ground, the Gulf Stream and other major ocean currents flow along the side of the ‘hill’ of water, due to the balance of gravity and an apparent force called the Coriolis effect, which arises due to the earth’s rotation. The sea surface variation itself is ultimately driven by the prevailing winds, combined again with the influence of gravity and the earth’s rotation.

#3: Temperature extremes in Gulf of Maine.

The Gulf of Maine—the waters between Cape Cod, Maine and Nova Scotia—is unique in having an extremely high annual temperature range, much higher than most other places on the planet.

The range results from our position at the boundary between sub-tropical, Gulf Stream waters and sub-arctic Labrador waters, and the influence of storm systems that move across the North American continent.

This variable environment is not hospitable for many species, which has contributed to our region having very low natural biodiversity since the last ice age. While we have hosted incredibly rich marine life in terms of biomass, especially groundfish in prior centuries, and lobsters and scallops right now, the total number of species in the region is low by global standards.

Speaking of fish and lobster, you can feel good about buying and eating local seafood in Maine this summer. We hear a lot about the problems with our fish and other marine life, but there are good news stories as well. With some careful shopping, you can feel good about feeding local seafood to your summer visitors—in addition to our plentiful lobster, most flounders, our pollock and the mighty halibut are all carefully managed and either at healthy population levels or steadily increasing in the size of the wild population. And they’re all delicious, organic, and local!

Dr. Heather Deese is vice president of research and strategy at the Island Institute. 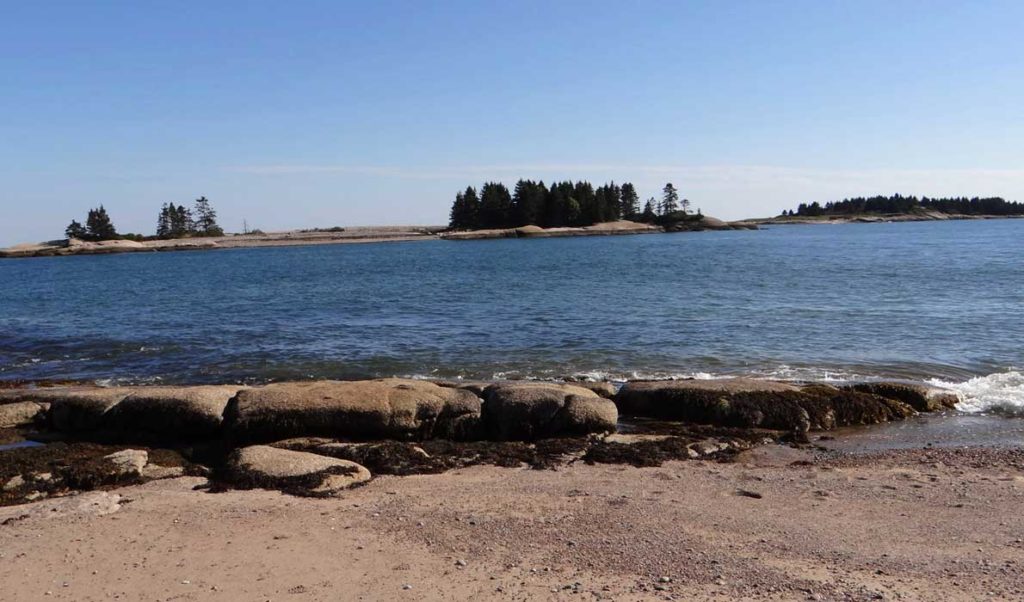