Even under normal circumstances, getting to and from Tenakee Springs, a small island town in Southeast Alaska, is no cakewalk.

Alaska Seaplanes flies twice daily to Juneau, the capital city, but that’ll run you upwards of $300 roundtrip, and storms can ground planes for days or even weeks. You could make the run to Juneau in your own boat if it’s sturdy enough and the seas aren’t too high, but that’s a crapshoot, especially in the winter.

That’s why residents rely almost exclusively on the ferry as the most affordable and dependable way of moving people and freight. That is, until the ferries stopped running.

Tenakee Springs, like dozens of isolated towns sprinkled along Alaska’s sprawling coastline, is bearing the brunt of budget cuts and mechanical failures that effectively shut down winter ferry service.

Tenakee hasn’t seen a ferry since October, and some residents are wondering how long they can hold on without a crucial link to the outside world.“The discussion as a family is that we will stay as long as we can stay,” said Nikita Chase, a Tenakee resident. Like many islanders, she wears a lot of hats: city councilor, EMS team member, school groundskeeper, domestic violence prevention advocate.

She’s also a single mother of nine children, four of whom are still at home, and so has a lot of mouths to feed. Buying all her groceries at the small store in town is too expensive, so, like many residents, she used to take the ferry—five or more hours each way and an overnight stay in Juneau—to stock up on bulk goods.

Since October, though, she’s had to charter floatplanes to bring in enough food to feed her family. That pushes the price of a shopping trip well over $1,000, before accounting for the price of groceries.

The Alaska Marine Highway System is not your average water taxi service. Like so many things in the 49th state, the network is remarkable for its immense scale—a jaw-dropping 3,500 miles end-to-end, from Bellingham, Wash., to Dutch Harbor in the Aleutian Islands. That’s the equivalent distance of sailing from New York to London.

No single boat runs the full length at once, rather, the coast is divided up into service regions, with some of the larger ships running longer routes between them. The ferries serve more than 30 towns, most of which have no overland access to the rest of the state. The vessels themselves vary in size, from the 180-foot open-deck shuttle Lituya to the 400-foot mainliner Columbia, capable of transporting 500 passengers and more than 130 vehicles.

The ferry system has been around since 1963, and many of its ships are just as old, leading to frequent maintenance issues. That’s just the tip of the iceberg, so to speak, when it comes to the current challenges—state funding has been declining for the last few years, and poor management decisions led to some costly blunders, like ships configured to only work with certain docks.

The knockout blow, however, came last spring when the legislature slashed the ferry budget by 46 percent, the price of avoiding a system-wide shutdown proposed by Gov. Mike Dunleavy. The “blue canoe,” as the ferries are sometimes called, sailed into the winter with a barebones schedule, leaving some communities fully cutoff until the spring.

ONE BOAT OF TWELVE

Things got worse from there. Unexpected mechanical failures sidelined one vessel after another, stranding more and more communities. By February, only one of 12 ships was still operational, serving just two towns.

One Tenakee Springs resident captured the mood of many coastal and island communities in an email to KCAW public radio in Sitka, where I’m a reporter, writing: “Up the proverbial shit creek without a proverbial paddle we are.”

The ferry stoppage has hit predominantly Native communities with particular force. The Southeast towns of Angoon and Hoonah, for example, saw food supplies dwindle and grocery store shelves run bare as the stoppage dragged on. Things got so bad that by February larger towns started organizing food drives—running emergency relief into the towns on fishing boats. Eventually, the state chartered a private tour company to make limited passenger runs as a stopgap measure.

There is some relief on the horizon for Angoon and Hoonah, with intermittent ferry service expected to resume in March, but that has done little to quell fears over the long term reliability for this critical link to the outside world.

The cuts to the ferry system came along with a range of budget reductions, as Dunleavy sought to curtail spending on state services. Department of Transportation Commissioner John MacKinnon said that while the administration is not happy about the breakdown in service, he stands by what he calls the original purpose of the cuts.

MacKinnon said DOT has to consider the transport needs of the entire state—not just coastal communities—and determine how much support the ferry system should receive.

“The ferry system we were operating was collecting 35 percent of the cost of a ticket through the farebox—heavily subsidized,” MacKinnon said. “These 35 communities were getting a benefit that hundreds of other communities throughout the state were not getting.”

DOT is providing alternative transportation options in certain cases, including two passenger runs in late February and early March connecting Tenakee Springs and a few other towns back to Juneau, though as of this writing it’s unclear whether chartered trips will become a regular thing.

Meanwhile, both the governor and the legislature have moved to boost ferry funding to restore basic service and cover unanticipated repair costs. The governor also appointed a nine-person advisory board, tasked with coming up with a set of recommendations by late September.

Tenakee Springs, however, will likely have to wait even longer. The town was left off the summer schedule, and its aging dock is being replaced starting in July, a project that won’t be complete until December at the earliest.

Faced with this uncertainty, some residents have already moved away.

Nikita Chase, the single mother who has resorted to chartering floatplanes for groceries, hopes it doesn’t come to that.

“We have looked into moving to other areas,” she said. “But really this is our home and we will fight to stay here till we can’t.”

Ari Snider is a native of Belfast, but has been working in Alaska since graduating from Brown University. 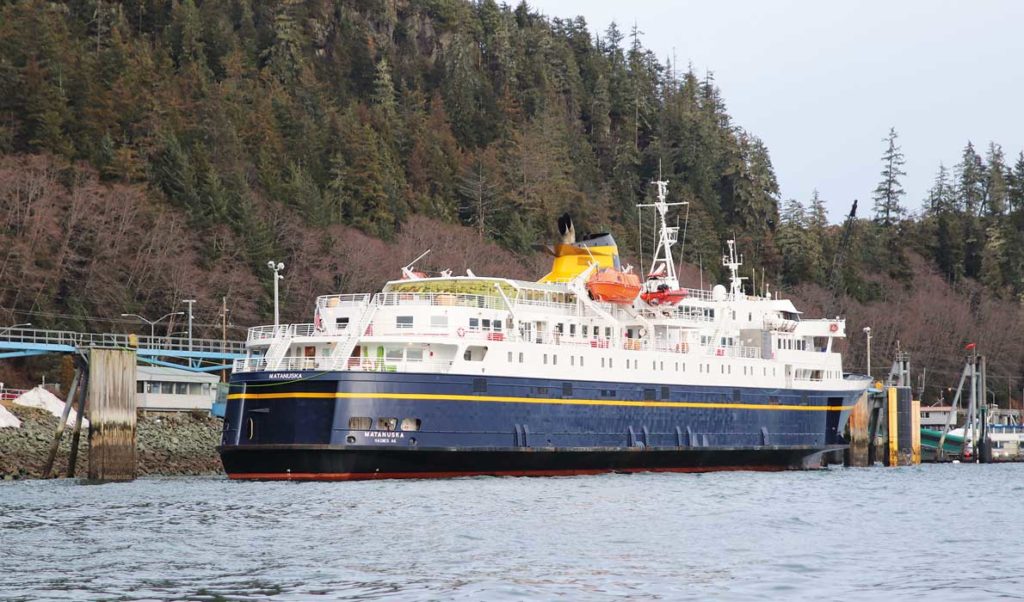