At their town meeting on March 7, Stonington residents voted to reject a proposal to purchase the Bragdon-Kelley Funeral Home property on Thurlow’s Hill for $250,000. The property would have added about 25 parking spaces in town for the many tourists who flock to the area each summer.

The proposal would have used a $150,000 boating facilities grant from the Maine Bureau of Parks, matched with $100,000 in borrowing.

Town Manager Kathleen Billings estimates the population in Stonington soars from about 1,152 to as many 10,000—including daytrippers—during the peak tourist season. She argued that area residents “need to think smart” and allow tourists to use prime parking spaces because they generate the economic activity the town needs. Billings said some employees park in the prime spaces which hurts businesses because there’s already a shortage of parking spaces.

Last year was a strong season for both the tourism and lobster industry in the area, the manager said.

Stonington is Maine’s top-grossing lobster port with $60 million worth of lobsters landed in 2014. It’s also home to many shops, art galleries and a farmers market which operates at the Island Community  Center. Billings said shops and restaurants were busy last summer, an encouraging rebound after the recession.

Although voters rejected the proposal to purchase the funeral home, they approved the purchase of the William R. Ralston property on Atlantic Avenue next to Camden National Bank. They voted to use $150,000 from surplus for the purchase and cleanup. Billings said they will remove the existing building on the property and it will be reused for green space and about five additional parking spaces.

“There’s a small beach there with some grass and trees,” Billings said.

Stonington residents also voted to use surplus money to make improvements to Hagen Dock beginning this fall. “Cruisers,” recreational boaters, often use the dock to access the town’s shops and eateries.

In other business, residents approved $100,000 to pave the existing runway at the Stonington Municipal Airport. The total cost will be $139,000 but $39,000 was donated from an outside source. 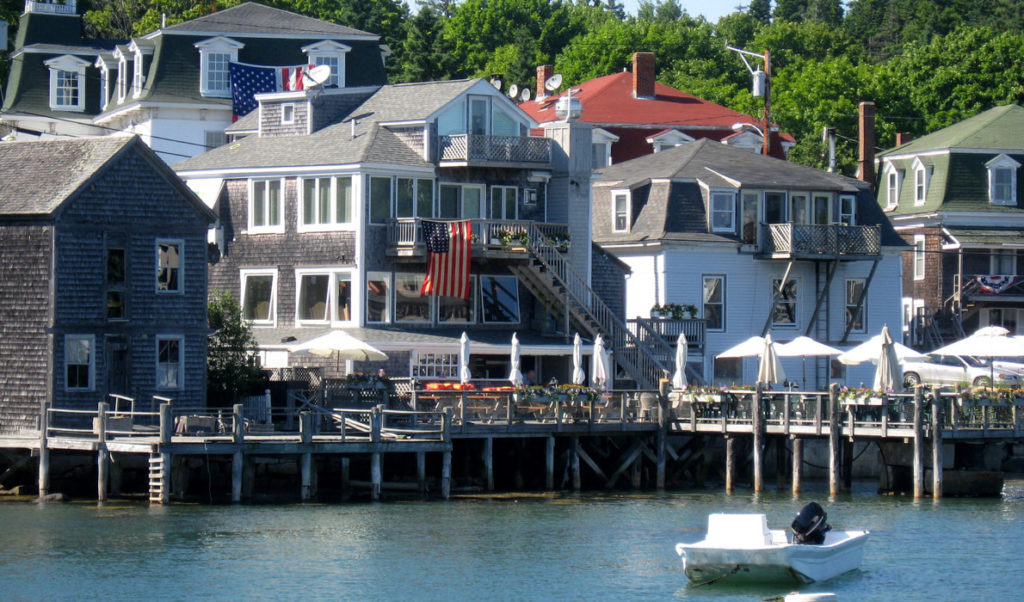