Lubec is accustomed to superlatives. As the easternmost town in the nation, home to some of North America’s highest tides, the iconic West Quoddy lighthouse and—for many weeks at least—the nation’s first sunrise, Lubec locals count themselves as lucky as its summer visitors.

“That’s what’s unique about it, is that it’s not one big park, it’s a system of parks,” said Carl Carlson. “Our hope is we will attract people who go to Acadia but want a slightly different experience—something more remote, more rural, a place where you’re not in the crowds but you still have the beauty of nature.”

Carlson is chief operating officer for the Butler Conservation Fund Inc. (BCF), a nonprofit created by New York philanthropist Gilbert Butler who, at the end of his career in the private equity business, dedicated 80 percent of his company’s assets to the creation of an environmental conservation fund.

So far, BCF has invested more than $11 million in Cobscook Shores, not including $600,000 to be spent building a bike lane around Cobscook Bay. This is BCF’s second project in Maine and one of seven “landscape-scale” projects worldwide. Penobscot River Trails, based in Grindstone, opened last September and offers 15 miles of Acadia-style carriage roads, hiking trails, groomed cross-country skiing trails, and warming huts on 4,300 acres along the east branch of the Penobscot River.

“They’re all totally different, but the unifying factor among all of them is that they are ridiculously beautiful,” said Carlson.

Jim and Gail Roberts have made a habit of visiting the parks this summer, frequently driving the short distance from their home in East Machias. Their young son enjoys biking on Red Point Park’s gravel carriage trail, and stops only long enough to balance his bicycle in a nearby rack before sprinting down a flight of stairs to the beach.

“It’s beautiful,” said Jim. “It’s not like something you’d expect to see down here.”

“Our passion is outdoor aerobic recreation,” said Carlson. “We don’t promote things that are motor-based—we want human-powered recreation. It promotes good health, it’s good for the environment, and that’s where our interest falls.”

To that end, BCF has partnered with the Lubec schools, paying for the restoration of its basketball court, and when coronavirus restrictions are lifted, will also provide instructors and equipment like kayaks and bikes to be used during visits to the parks.

BCF also aims to preserve the natural beauty of Cobscook Bay, says Carlson, building on the work of local land trusts like Maine Coast Heritage Trust and the Downeast Coastal Conservancy (DCC). Both organizations have invested heavily in the region.

“We’re offering 13-odd miles of shorefront, but Cobscook has more than 100 miles of protected waterfront,” said park project manager Charlie Howe. “So along some of our trails you get to appreciate how scenic the bay is.”

Among other things, Cobscook Bay is known for its unusually high 24-foot tides, its fertile waters, and the highest concentration of nesting bald eagles in the northeastern U.S. DCC Director Jon Southern, who consulted with BCF during the project, says conservation land is not only an environmental necessity, it is a draw for new taxpayers.

So far, BCF has invested more than $11 million in Cobscook Shores, not including $600,000 to be spent building a bike lane around Cobscook Bay.

“If you talk to the top 5 percent of taxpayers, you’ll find most of them are recent transplants to the area, and if you ask what incented them to come here to build and pay these huge tax bills, one of the top reasons is conservation lands like ours and what Butler is adding,” said Southern. “Without any of that open space or conserved lands, this area would have very little appeal not only for residents but for tourists.”

Southern moved to Washington County almost 20 years ago. This summer in particular, he has watched real estate fly off the market as new people flock to the area from away. But long before the pandemic, Southern says Downeast land was being posted “no trespassing” at an alarming rate.

“I can tell you I’ve lost almost all of my favorite [open] spaces in Perry and Pembroke since 2001,” said Southern. “Without sounding doom and gloom, I foresee a time in our lifetime when these conservation lands are going to be the only places the average person can enjoy traditional outdoor pursuits.”

Admission to all of the Cobscook Shores parks is free, and Carlson says they hope eventually to hold a grand opening ceremony, but nothing is certain. Marketing plans, too, are on hold until next year at the earliest, but for now BCF is pleased to see the locals enjoying them.

With park project manager Howe as her guide, Lubec Board of Selectmen Chairwoman Carol Dennison is exploring all 14 parks. The project encountered some local criticism when it was learned the parks would be tax-exempt properties, taking roughly $50,000 off the tax rolls in one of Maine’s poorest counties. But Dennison says she is optimistic they will prove their economic worth to Lubec.

“I think in the long run, if it brings summer residents here to purchase property, our tax base will increase and it will offset itself,” said Dennison, who this year has seen more people venturing Downeast to get out of the cities and away from COVID-19. “We have something beautiful to offer, tranquility, and hardly anyone walking on trails. That will bring people here as well.”

Lubec’s vision for itself, says Dennison, is centered around fishing and outdoor recreation.

“We want to be known for that,” said Dennison. “So in that respect, Mr. Butler’s project went right with the vision of the town.” 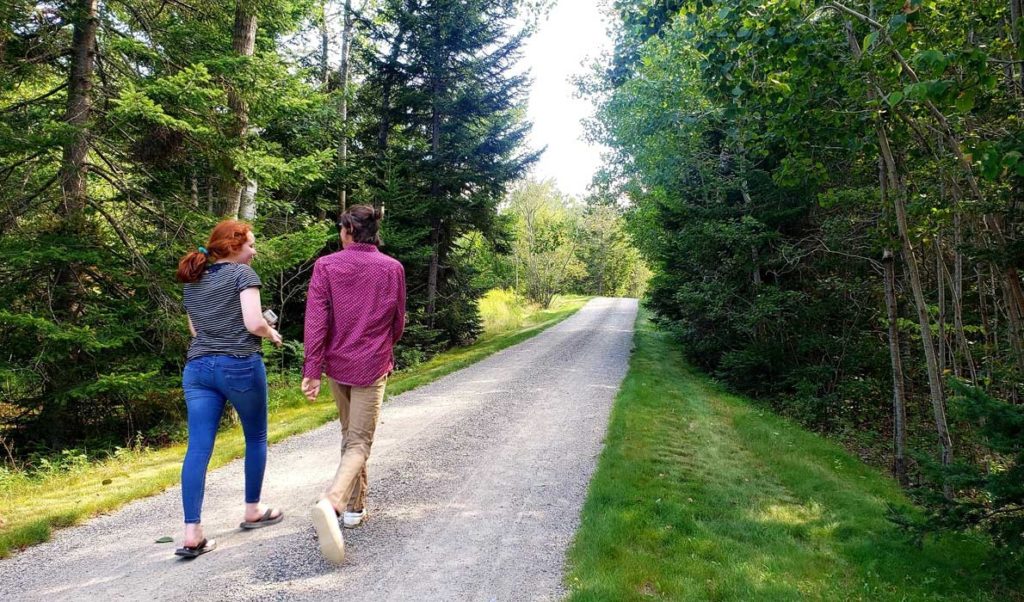 We spoil our food with best-by dates