I serve on the board of a small school on St. John in the U.S. Virgin Islands. It is called the Gifft Hill School because of its location, perched atop Gifft Hill. It is a place filled with hope for the island’s future because it focuses on preparing island children for whatever path they choose in life.

Gifft Hill is a preschool through 12th-grade school that serves roughly 165 students. Or it did, until Hurricane Irma, a Category 5 storm, tore through the island. As I write, Hurricane Maria is bearing down on the small island of 4,000 residents. These storms have caused me to realize yet another way I have been fortunate in my life. I’ve never lived through or had friends living in the path of such devastation. And I can’t recall ever feeling so helpless.

I’ve been asking myself repeatedly: what will happen when one of these storms hits the coast of Maine? What will I do? How will I direct our organization to respond? It’s only a matter of time.

In the days leading up to Irma, the cell towers on St. John were dismantled so they wouldn’t be destroyed by the 180 mph winds. All communications with the outside world were effectively cut off for islanders. Think about that—no communication, and not knowing when it would return. All that any of us from off-island could do was say good luck and hope everyone would survive. There would be no way of knowing for days.

News was slow to emerge from the island in the days that followed landfall. Little or no information could be gleaned from the national press. The islands, when they were covered, were treated as third-world countries rather than as a part of the U.S., another startling reminder that the rest of the world doesn’t think about small islands in these situations.

What have I learned since?

In the aftermath of the storm, St. John had little to no fresh water, electricity, or food. The solar power systems had been shredded, so the island would have to wait for a diesel delivery, but power lines were largely destroyed and bringing power on-line will take weeks, if not months. Food is mostly imported. They desalinate sea water in the Virgin Islands, which is a very energy intensive way to get drinking water.

An island with an economy based on tourism has little resilience in a natural disaster. Imagine an island community having its economy brought to a screeching halt for a year or more; who would be able to stay on-island? Who would have to move off, never to return? St. Johnians are thinking this through and making these decisions right now. They are life-changing, brutal decisions.

Another element of island life made clear through these storms is the extreme wealth disparity in these places. Those with the means to do so move out of the path of the storm. Those who cannot are left to ride it out in whatever way they can.

While almost every home was damaged, those who lived in affordable housing were left homeless. I can’t imagine that flood insurance will be affordable for any of us who live along coasts any longer. What will this mean for commercial waterfront infrastructure and for those who have had their working-waterfront property passed down to them over the generations? People will have to self-insure or be ready to take a total loss on their property if a storm hits.

What is Gifft Hill School to do in this situation? Those who are still on-island need to rebuild. They need the school, if for no other reason than so teachers can care for children as parents work. The school needs financial support to pay educators at a time when those families still on-island are unable to pay tuition. Those who can will soldier on and rebuild the community, but it will be forever changed.

This hurricane season, I have become more aware than ever of the severity of the weather events we are likely to see in the future. I now know what it feels like to count the hours and days between communications with friends, hoping they are still alive. And I have been sleepless and troubled, thinking through how these events will shape the future of our coast. 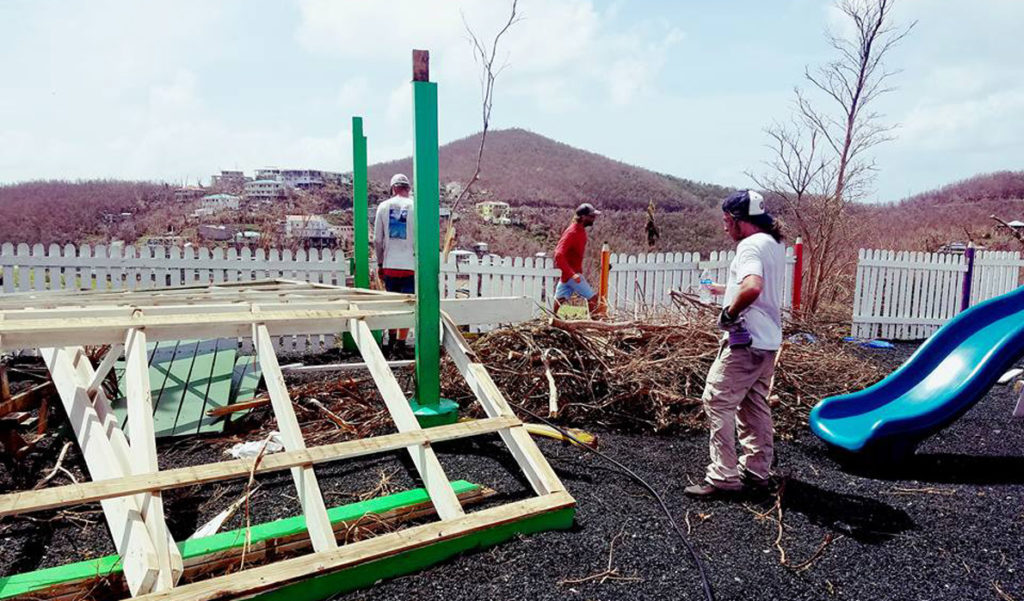