St. George voters supported a proposal to purchase a waterfront property in the village of Port Clyde on May 11. The move carried in a 245-104 vote.

The town had negotiated a $810,000 purchase option, contingent on the vote. The former Mosquito Island Lobster Company property is assessed at $1.1 million.

The parcel includes a wharf, two-story building, launch ramp and more than a half acre of harbor-front land in the heart of the village, just beyond the Port Clyde General Store. St. George, a peninsula town that includes the villages of Port Clyde, Tenants Harbor and Martinsville, is known for its recreational and commercial boating, and has 125 miles of saltwater shoreline. But just 200 feet of that were in public ownership prior to the vote.

The town’s harbormaster, Dave Schmanska, was an advocate for purchasing the parcel.

“We’re hoping the town views this as an investment for the future,” he said prior to the vote. “We’ve run out of space. We’ve outgrown our current site,” he added, referring to the existing Port Clyde municipal pier, a rock jetty that has no docking space and a single float.

Though some residents had concerns about a town pier competing with private wharves, Schmanska believes the town won’t operate the property as a going concern.

The tax impact, also a concern for some opponents, will mean $25 more each year for the next ten years on a home valued at $250,000. St. George currently has no debt, so it’s in a strong position to borrow funds, Schmanska said.

Last fall, the Ulbrich family, owners of the property, signed a purchase and sales agreement with the town. Prior to his death in 2007, Koni Ulbrich and a partner operated St. George Marine on the site, where they restored a 1930 sailboat, Hayday. For a time, the property was leased by Mosquito Island Lobster Company. Ulbrich’s wife Louise died in 2010, and the property belongs to their daughters, Cecile Tucker of Weston, Mass., and Wilhelmina Ulbrich of Warren.

The 70-foot by 55-foot wharf needs an estimated $250,000 in repair work, but is safe for use in the near future, according to experts who examined it. That work is not urgent, Schmanska said.

The town’s select board unanimously supported the purchase, as did the town budget committee, conservation commission and the Georges River Land Trust.

Besides the town pier in Port Clyde, the town maintains a wharf and float in Tenants Harbor for public access. Schmanska said the Ulbrich property could easily be split between recreational and commercial use. The ramp is already used by Island Transporter, a ferry service for heavy equipment. If the purchase is approved, “we’re really buying access for the future, for our kids and grandkids,” Schmanska said. 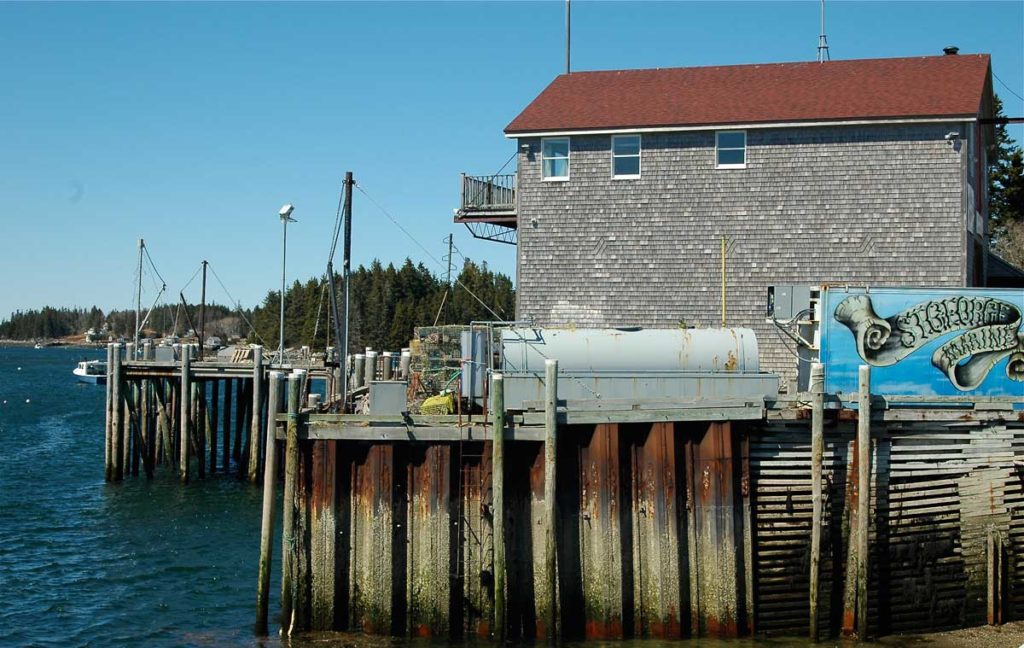 The wharf in Port Clyde.