This month, we decided to highlight some of the new science we heard about at the 40th Maine Fishermen’s Forum in early March.

The Eastern Maine Skippers Program, a regional collaboration among high schools including Deer Isle, Blue Hill, Vinalhaven, North Haven, Harrington and Bar Harbor are studying green crabs and strategies to control the invasion to conserve the ecosystem and benefit harvesters. The program focuses on teaching traditional skills of fishing, business planning, marketing, entrepreneurship and co-management of marine resources to students interested in pursuing careers on the water.

The Skippers groups at each school are undertaking a wide variety of projects:

Sam Belknap, a long-time participant in the lobster industry and graduate student at the University of Maine, is working with a Bluetooth technology company to develop a low-cost, surface pH sensor for deployment in hollow lobster buoys. Stay tuned for progress on this exciting project.

Tracking salmon, sturgeon, and great whites from lobster traps and buoys may soon be possible. Researchers have talked about their success deploying acoustic receivers for fish, marine mammal and shark tags in lobster traps and on buoys. The receivers pick up a distinct acoustic signal if the tag (and the animal wearing it) pass within 400 meters.

Bob Baines, a lobstermen from Spruce Head, noted that the receiver in his tag picked up a signal from the same great white shark two years in a row, on nearly the same day of the year.

Real-time bottom temperatures from lobster trap sensors also are in the works. Jim Manning, who directs the Environmental Monitors on Lobster Traps program from the New England Fisheries Science Center in Woods Hole, now has six million data points of bottom temperature from the Northeast.

Manning hopes to deploy temperature probe technology this year that will enable participating lobstermen to automatically upload data to a device on board when they haul traps with the probes, providing “near real-time” data. These temperature data, along with data collected from current meters and student-built drifters, help oceanographers validate their temperature and circulation models.

Neal Pettigrew and colleagues from the UMaine Ocean Observing System continue to collect important, real-time, oceanographic information. Tom Shyka of the Northeastern Regional Association of Coastal and Ocean Observing System presented data that showed the temperature sensor at 150 feet deep in Penobscot Bay is recording some of the coldest temperatures in February and March that have ever been recorded at that location in the last 15 years.

Pettigrew showed time series of currents between the surface and the bottom in the Northeast Channel (the entrance to the Gulf of Maine), and highlighted the surprising periods when the deepest waters in the Gulf of Maine are flowing outward (they were expected to flow in).

The next initiative is to deploy nutrient sensors (measuring nitrate, ammonia and phosphate) at multiple depths from their buoys. The time-series data from these sensors on the buoys will complement data that Barney Balch and colleagues at Bigelow Laboratories have collected on the ferry that crosses between Portland and Yarmouth, Nova Scotia. The new buoy-based sensors will provide a longer time-series and allowing researchers to understand whether the surprising deep water outflows through the Northeast Channel are contributing to a ‘regime’ shift that in the mix of nutrients available to support the ecosystem in the Gulf of Maine.

And finally, lessons from overseas: a panel of researchers from UMaine spoke about looking for inspiration and lessons for Maine, including: 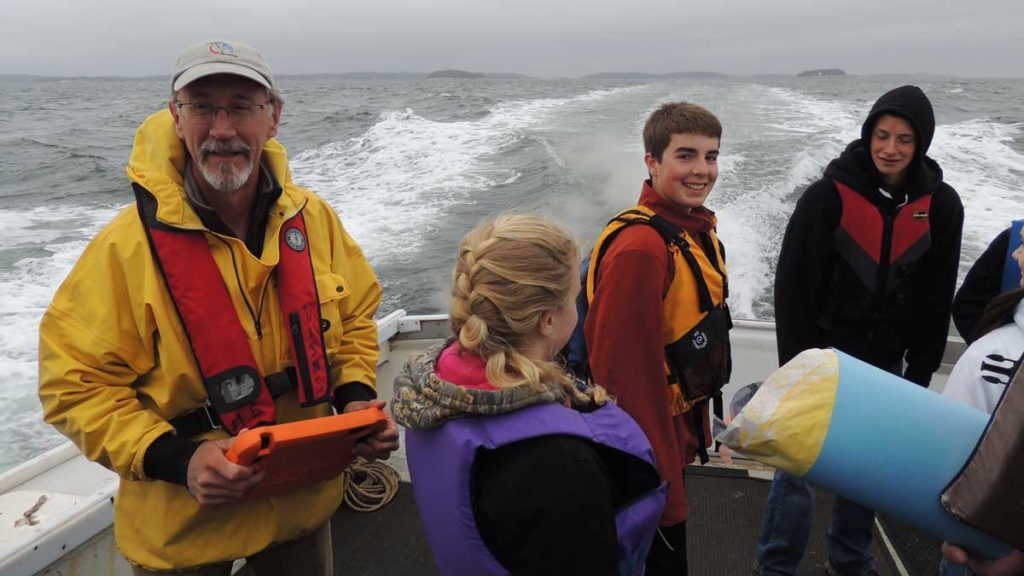