Though listing prices and sales volume in York were on the increase, Harrington said inventory there decreased 24 percent. That decrease was representative of a statewide trend.

Some homebuyers are hesitant to list their property because they’re not sure they can replace it with something comparable, he said. Both the higher than usual listing prices and rising interest rates have influenced homebuyers to hang on to what they already own.

“It’s the law of supply and demand,” he said.

Harrington predicts low inventory should ease, and though listing prices may level off, he expects 2019 to be another active year.

“We need to allow the market to catch up to a more normal pace,” said.

Another area in York County that saw a sharp increase in residential sales was Kittery. Portsmouth Naval Shipyard is hiring hundreds of people and it’s a big driver in that area, Harrington said. The presence of large employer Pratt and Whitney also attracts homebuyers. Another trend, Harrington said, is Massachusetts residents buying southern coastal properties with plans to retire there. Farther north, the Boothbay area also saw purchases of vacation homes.

The new construction segment of the market also is active in York County, Harrington said, with more building permits issued in Wells than anywhere else in Maine. One factor slowing the building of new homes is the shortage of tradespeople.

“There are not as many young people interested in those types of positions today,” said Harrington. “That’s holding back the market.”

Portland reported some of the highest listing prices for coastal residential homes, with an average listing price of $425,000. Broker and realtor Elizabeth  Dubois with the Bean Group said that represented about a 7 percent increase over the previous year.

The average listing price in South Portland was $325,000, 6 percent higher than the previous year. Bidding wars, in Portland, in the Willard Beach area of South Portland, and in Westbrook resulted in properties selling for more than asking prices, she said.

Threat of rising interest rates created a sense of urgency among potential homebuyers, Dubois said. In late December, the Federal Reserve Board raised its benchmark funds rate from 2.25 percent to 2.5 percent.

“Any threat to impact a buyer’s purchasing power drives an urgency to act, and I have seen it firsthand in many of my buyers,” she said. “I’ve seen seller/buyers scurrying to upgrade to their higher-priced ‘dream homes’ before interest rates rise. That has helped with our inventory shortage because these buyers have listed their homes in order to upgrade.”

In Damariscotta, agents see many cash sales, which means the market is less affected by rising interest rates or a fluctuating stock market, said Jim Drum of Drum and Drum Real Estate. Many buyers are out of state residents who sell high priced properties in metropolitan areas and then reinvest in a waterfront property in Maine, he said. The business saw sales of about $27 million annually in the period from 2016 to 2018.

For 2019, Drum expects it will be business as usual, and that inventory will be replenished this spring. He believes the lower inventory is primarily the result of three years of brisk sales.

Last year also was a good year for Acadia Real Estate in Ellsworth. Owner Steve Shelton predicts sales will continue to increase in 2019 because of the urgency provided by interest rates that may rise again.

“The attitude will be, ‘Grab it while you can,’” Shelton said. 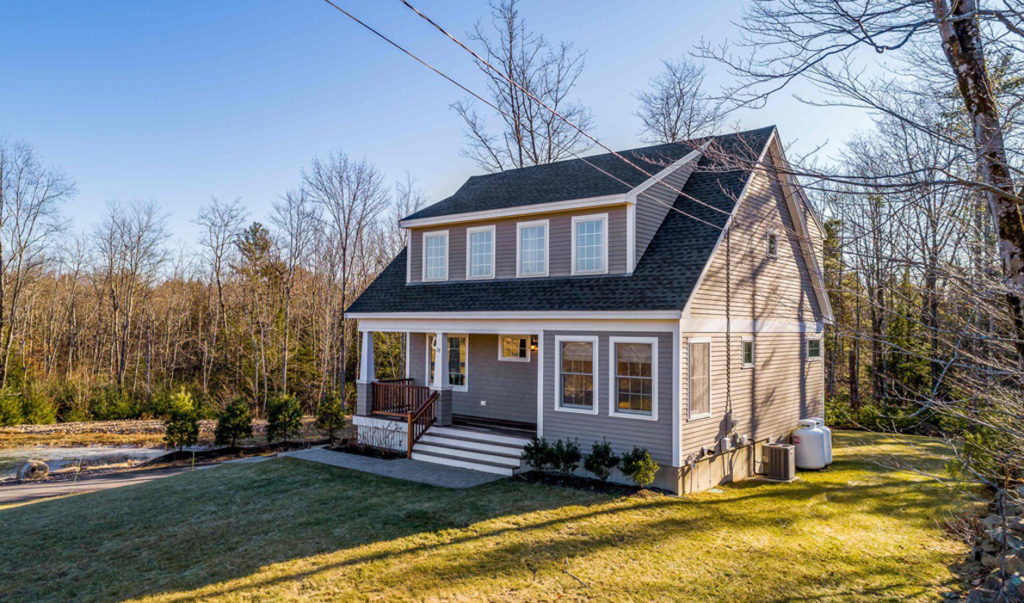