Much has been written about the way loss resonates in small communities. The way grief echoes in the empty space where a friend once was. How not one person is unaffected by the lack of balance.

North Haven experienced such a loss at the end of the summer. Greg Quinn, a musician and actor I was privileged to work with, died after living courageously with cancer since his early adulthood. He was a son, a brother, an uncle, a fiancé and nephew or cousin to seemingly most of the island. He was just my age; we nearly shared a birthday.

Greg was onstage as often as his health allowed, and we were all better for it. My husband was producing an album of Greg’s original folk songs, and he played them at open mics, on yachts, and performed full sets as part of Waterman Community Center’s summer events. He acted as a child under John Wulp’s direction, and performed in new works by Adam Alexander and in a handful of shows I directed as well.

Because of Greg’s presence, I was able to fulfill a directorial dream in 2011 and stage The Glass Menagerie, Tennessee Williams’ semi-autobiographical work. Every member of the four-person cast shone, and Greg put an incredible amount of vulnerability, honesty and hard work into his portrayal of Tom. His middle school teacher portrayed Tom’s mother, Amanda, and a friend since preschool played the gentleman caller. The strength of the show was in the connectivity between the actors, something unique to a small town and particularly an island.

There’s a gap now in the circuit where he once was.

Greg’s mother Kate is North Haven’s librarian, both at the school and in our town library. Her life is given over to good works, large and small, and her every action makes someone a little happier, feel a little more loved. She bakes—I wish there were a synonym for “bake” that connoted the platonic ideal of baking, the flakiest pastry and the tenderest crumb—for the teachers and high school students every Thursday. She turns out hundreds of donuts of every flavor for church fundraisers, making off-season Monday holidays the most eagerly anticipated days of the year. She forages mushrooms and cranberries and rakes clams. She films every school event.

When the gulf of loss opened up in August, there was nothing we could do to fill it, as much as we wished we could, to bring healing and happiness to Kate and the countless others who called him family. But as happens in a small community, we strengthened the support structure around the missing piece.

We baked and we gathered and we raised funds. We listened to Greg’s music, catchy and wry and self-aware. Songs were sung in return, and lanterns released into the sky. We leave the space open for the one we’ve lost, but we distribute ourselves and our love to restore balance as well as we can. 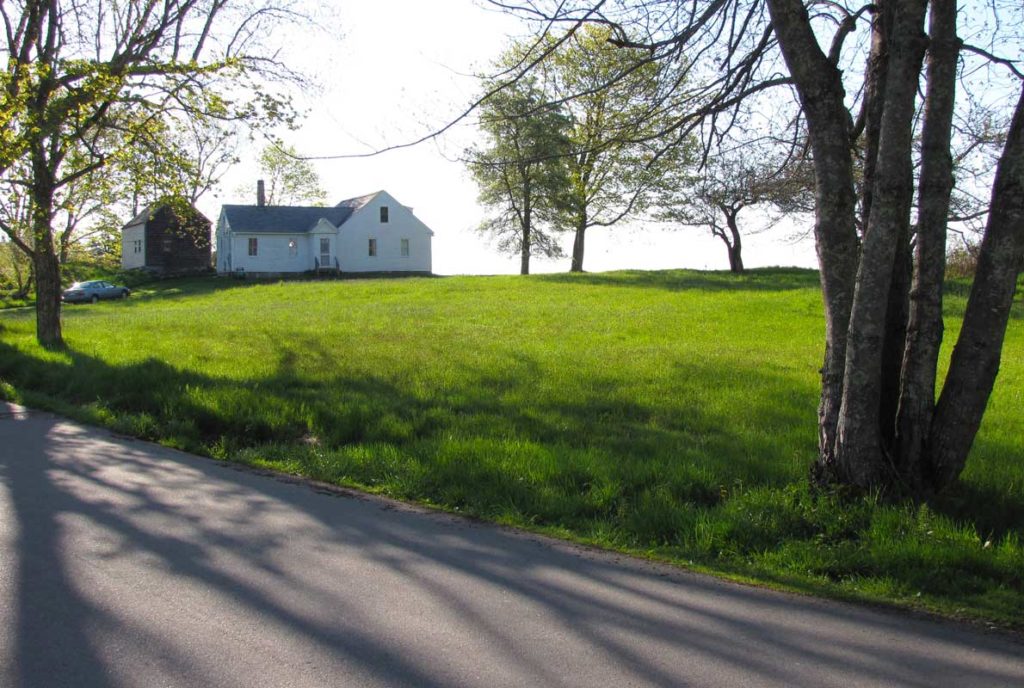 Shadows on a North Haven street.