Every year, people from Maine’s islands buy all sorts of things. We buy clothes and shoes, tools and supplies, fuel and electricity, and groceries. Every island resident knows how challenging it is to get their things from the mainland to their homes. Bitter seasons in Maine make maritime travel unpleasant, and the logistics often result in people asking, “Is this yours?” “No, is it Phil’s?” “Not mine, deah,” and so on.

Even for Mainers, at least 90 percent of what we buy has had a maritime journey before it reaches us. Almost everything moves by sea.

It’s been four years since I enrolled at Maine Maritime Academy. Four years since I sat in the kitchen on Little Cranberry Island, with wood to stack, a dog at my feet and my global outlook only a hundred square miles. A classic small-town picture if ever there was one.

In four years, I sailed over 30,000 nautical miles, visited six nations on four oceans, and met people from more places than that. In the next few months I will add 10,000 miles to the tally and cap it all with a job that will have m commanding the movements of two massive ships, as well as numerous people.

Growing up on a small island or in any small town in Maine gives a child a much stronger sense of community, one that won’t found elsewhere. The different challenges of life in this environment mean kids have to create more of their own fun than most. They may not have an abundance of friends to choose from or places to go. But that sense of community, gained through the small network of people, both young and old, found in Maine towns, will make almost every young adult from here a better person to sail with.

The kind of people who get into the “grocery chain” on the pier without being asked, or step over to a neighbor’s house to clear away deadfall, or rush a friend to the hospital on a cold winter night, are the kind of people everyone wants to have on their ship at sea.

When you climb aboard a ship for the first time, you enter into a small community. Most commercial ships now have fewer than 20 people on board. Every person must be the kind of neighbor and friend who will step up to a crisis or a hard situation without being prompted, who knows that they have a valuable part to play because that’s always how it’s been.

Students from Maine Maritime are taught this lesson, of course, but there is nothing like the upbringing small communities give to young people. There is something different about them, something that says, “I can call on this person in a pinch.”

So when you pick up your winter wardrobe at Reny’s, take a look at the tag. It probably came from thousands of miles away, and it may have been carried by a young new officer from Maine. Some of those young Mainers grow up in little places, but they take that into a much bigger world. 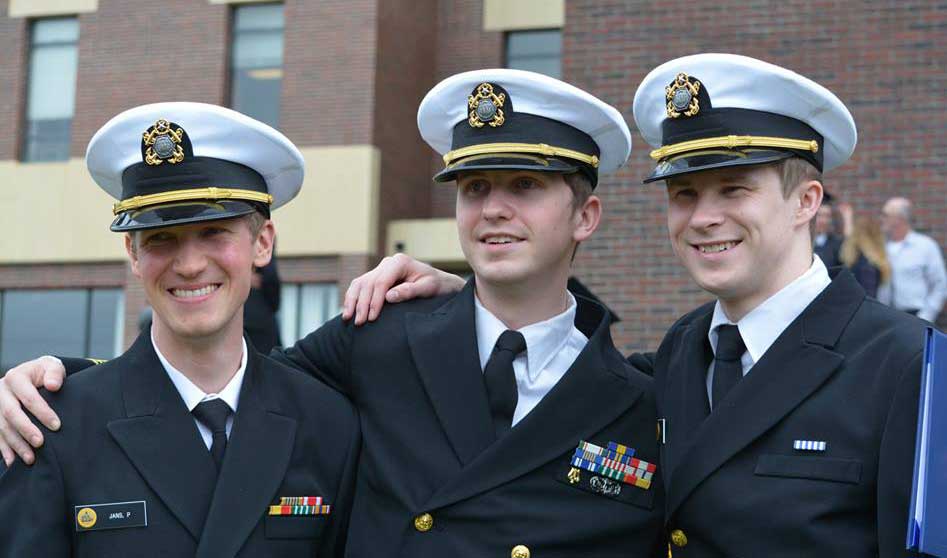