The continued closure of Maine’s shrimp fishery puts a strain on some of the state’s fishermen, but is having little impact on Maine’s restaurants, where the local seafood had been a winter favorite with customers.

“It has not been a big impact on them because I think that restaurants, in particular, tend to shift food items pretty easily based on availability and cost,” said Steve Hewins, president and CEO of the Maine Restaurant Association. “The unpredictability of the shrimp stock itself has caused a lot of restaurants to move on from that item on their menu because there’s no expectation that it’ll come back.”

The state’s shrimp fishery has been fully closed since 2014 following a shortened 2013 season due to population collapse.

In November, fishery managers at the Atlantic States Marine Fisheries Commission voted to keep the moratorium in effect for 2017, but allowed a larger research catch in the hopes a larger sample size will provide more information to researchers, said Terry Stockwell, the director of external affairs at the state’s marine resources department and the state’s representative on ASMFC’s shrimp board.

Prospects for reopening Maine’s shrimp fishery are conservative, said Stockwell. The annual stock assessment takes place in the summer, but members of the shrimp board are already beginning to “wonder aloud” about the impacts of climate change on the fishery and whether the board needs to consider an alternative way to manage the fishery if it seems unlikely the population will rebound with continued moratoriums.

Maine shrimp from the research catches are available now and they are being snapped up by seafood wholesalers, who are selling small quantities to Maine restaurants. The bulk of the shrimp are going out-of-state, said George Parr, general manager of Portland-based seafood wholesaler, Upstream Trucking, because only markets in places like New York City are willing to pay the prices the shrimp are commanding.

Prices for these small research catches have been high. By the end of February, the Portland Fish Exchange had auctioned about 22,000 pounds of Maine shrimp, said Bert Jongerden, the fish exchange’s general manager. Fishing for the research catches began in January. At press time, the low end of the shrimp price scale was $3.16 per pound; the high end, $12.11 per pound.

Maine restaurants aren’t in a frenzy to buy Maine shrimp because at the higher end of the price scale, a three-ounce portion of Maine shrimp with the head on would cost customers more than $20, said chef Cara Stadler, owner of Tao Yuan in Brunswick and BaoBao Dumpling House in Portland.

“It’s not that we couldn’t afford it, per se,” she said. “We couldn’t put it on the menu because it would out-price everything else.”

Even at the lower end of the price scale, most Maine restaurants aren’t buying. Those that are, Parr said, are buying small amounts, usually five or ten pounds, and are adding them to their menus as small appetizers.

“If the price got down to like, say $2.50 a pound for whole Maine shrimp, then everybody would step up to the plate,” he said. 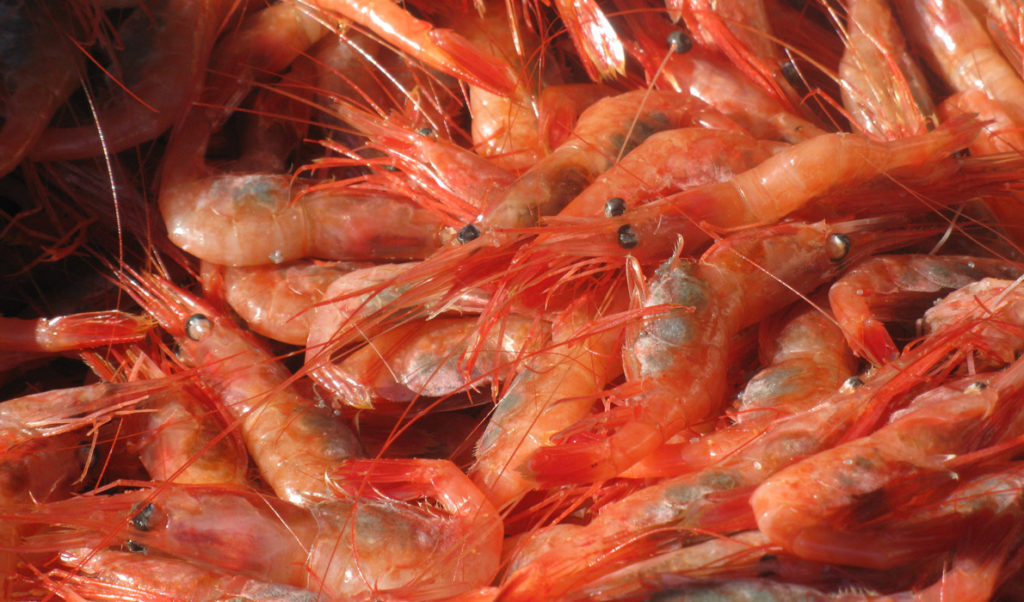