It’s a glorious time to be a satirist. The Onion’s headlines feel painfully truthful, people seem abundantly willing to share “news” stories on social media without verifying their accuracy, and every day a new “you can’t make this up” story breaks.

Maine, in all its quaint and quirky glory, was more or less left out of the satirical news cycle. But not anymore, thanks to Seth Macy and his satirical news site New Maine News.

“I think I picked Maine because I’m really familiar with it, and that love hate relationship I’ve always had with Maine,” Macy said. “I love it here, and I’m probably not going to leave, but man, if I had a chance to leave I’d leave in a minute. It doesn’t make any sense! I have this inner conflict and that’s how I’m trying to take care of it, by making fun of everything all the time.”

Macy grew up in East Machias and on North Haven island, and other than his stint in the Air Force after high school, has lived in Maine his whole life. A childhood spent reading Mad Magazine and an adolescence filled with school and community theater productions prepared him for his work as a satirist not just for New Maine News, but for the gaming and metal satire site Hard Times, as well.

Macy launched New Maine News, for which he is currently the sole contributor, in October, shortly after his 40th birthday.

“I had a flash of inspiration and I wrote a whole bunch and I backdated some and posted other ones,” he said. Macy invited friends to follow New Maine News on social media, and a few shares from fellow comedic content producers O’Chang Comics gave him a boost. 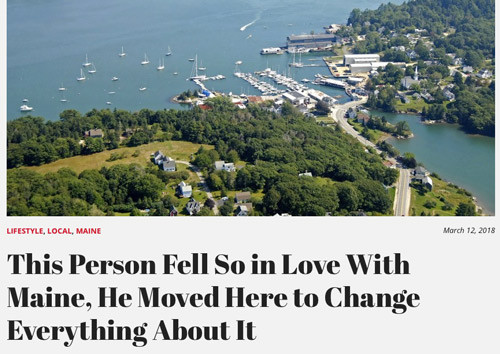 In the six months Macy has been writing New Maine News, his social media following has skyrocketed into the tens of thousands, and his work has seen coverage from every conceivable Maine news outlet. Macy credits his success to the relatability of his content.

“Anything to do with trucks, or vehicles, those are always big hits, stuff about people from away, that gets eaten up too,” he said. A one-sided feud with Belfast, fueled by some less than kind comments a resident left on a New Maine News story, provides frequent fodder. And although initially dismissive of his forays into political satire, Macy admitted to some success lampooning the current governor.

“He was sitting on the Narcan, but meanwhile he’s making a talk about how medical science saved his life. I always try to make a little fun of Belfast all the time, to try to point out things I think are wrong or hypocritical, without necessarily trying to take a stand,” he said. “I think the LePage one is the closest I’ve come because I think it’s pretty messed up that he won’t do anything to help other people’s problems but he’s over there saying medical science saved him from his food addiction.”

The quality of writing, and near-plausibility of some of the stories, has meant that not all readers recognize the site as satire right away. Humorist Dave Barry shared New Maine News’ story about a cold snap causing “chipped nipples,” not realizing that it was satire, and ESPN shared a story about a basketball stuck behind a wood stove causing a tie game.

“It’s another one of those cases where I would rather it would have been shared because they thought it was hilarious than because I tricked them. I’m not out to fool people,” Macy said.

In addition to New Maine News, Macy is a freelance contributor to other satire sites, gaming sites, and works on the aspects of web content that “aren’t as fun,” such as backend and e-commerce. With a friend, he designs and sells enamel pins and hats as Super Pintendo. He also wrote a popular episode of Temp Tales, O’Chang Comics’ popular animated web series.

“I wrote the cartoon about that guy who tried to launch off the ferry boat ramp. I adapted that to an O’Chang comic and they used their magic to make it into an amazing and wonderful thing,” Macy said. “The first time I saw Temp Tales I thought, they got it! They got it so good! They nailed it! And I realized there’s a really cool place out there for just Maine humor.”

Macy is hoping to bring advertisers to New Maine News and hire an additional writer, although he says changes in Facebook’s algorithm have made it more difficult to reach readers. Meanwhile, he plans to continue to provide his sometimes snarky, sometimes affectionate take on our home state.

“I can’t change anybody’s mind,” he says. “I think that’s what makes satire so great. You can’t change their mind, but you can make them feel uncomfortable for what they believe in.” 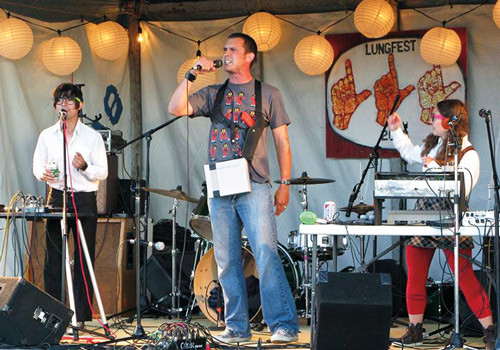 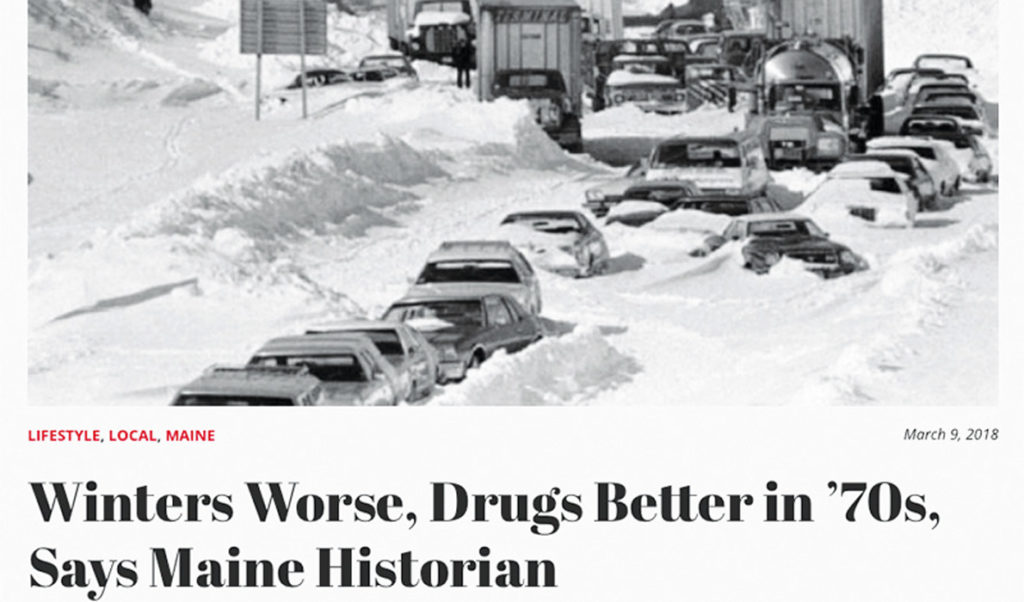