Seaweed, mussels, and scallops—these are some of the farmed seafood products that are enjoying great success among small aquaculture operations off the Hancock County coast.

And business owners continue to innovate as they look to expand markets, share their technologies and know-how with newcomers, promote aquaculture as a sustainable industry, work with state and municipal governments to preserve and develop working waterfront infrastructure, and expand Maine’s imprint as a producer of premier products.

That was the word from seafood farmers who told their stories during an online presentation hosted by Stonington’s Maine Center for Coastal Fisheries on Aug. 28.

Springtide, founded in 2017, is an organic seaweed aquaculture company, growing varieties like sugar kelp and alaria. The company provides consulting services and organic seed to other farmers, dries and processes seaweed into various products, advises investors interested in seaweed aquaculture, and offers educational programs. It touts Downeast Maine as ideal for growing seaweed due to its cold, clean waters.

“How do you take this mysterious, wild, ancient plant and domesticate it?” Redmond said. “That’s what we’re trying to figure out.”

For kelp—a large brown seaweed that grows in coastal waters—the process starts by collecting spores, settling them onto long lengths of string, then unspooling the string onto lines suspended between moorings in the ocean.

The tiny organisms grow through the winter and become a huge abundance by springtime. The kelp is harvested, hung to dry in greenhouses, then processed into products such as seasoning blends.

Evan Young at Blue Hill Bay Mussels also uses ropes, but suspended vertically in the water column, to grow blue mussels. The company was founded in 1999 and can grow 400,000 pounds of mussels per year at a three-acre site in Blue Hill Bay. Most of the product goes to out-of-state wholesalers, with the rest purchased by local restaurants and individuals. The mechanized harvest includes a conveyor belt, debearding machine, inspection belts, and sizing machine.

For five years now, the company has been working with the Downeast Institute in Beals to develop “blonde” mussels through a selective breeding program. The goal is to differentiate the product in the marketplace and command premium prices.

Mussels are also the focus at Hollander & de Koning Mussel Farm in Bar Harbor. But rather than rope culture, the operation harvests wild seed and raises them on the seabed, said co-owner Fiona de Koning.

The technique, developed in the Netherlands, is designed to collect only part of the wild seed resource, leaving the rest on its own. According to de Koning, the method increases the total biomass 12 percent to 15 percent.

“It’s not efficient to have processing and distribution as separate to each separate farm,” she said. “If we want aquaculture to be an even more valuable economic driver to coastal communities, we have to look at that, and start producing enough volume to be taken seriously in the marketplace. There’s potential and huge opportunity to do that.”

In Stonington, Marsden Brewer, a commercial fisherman, founded PenBay Farmed Scallops. Four years ago, Brewer and his son Bob were part of a delegation to Japan, a leader in farmed scallops, to study methods and technology. Now they’re using “lantern nets”—tiered mesh cylinders that hang in the water from a longline. Last year, he sold about 40,000 scallops. Now he’s looking to expand.

“This is about putting another tool in the toolbox,” he said.

Brewer helped found the Maine Aquaculture Co-op in Tenants Harbor, which seeks to develop the scallop-farming sector. The co-op recently received a grant from the Maine Aquaculture Hub to buy a lantern net washer, adding to specialized equipment already on-hand, including a sorter/grader and scallop washer.

“The equipment is necessary to scale up,” he said.

Speakers noted that shellfish and seaweed farming help restore the environment—removing nitrogen and phosphates, sequestering carbon, and creating protein all at once.

But Brewer was also wary of scaling up too much.

“As we look forward on this, currently in Maine you can have up to 100 acres and you can have 10 of those,” he said. A thousand-acre operation would be too big for Maine, he said. “I like the idea of scaling up production on shore, but on the water it needs to be done at a scale that fits the community.” 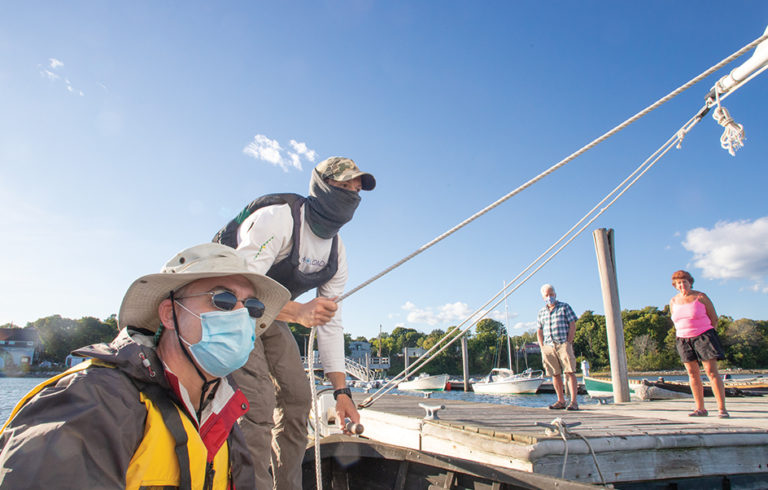 The sublime joy of sailing, courtesy the Apprenticeshop 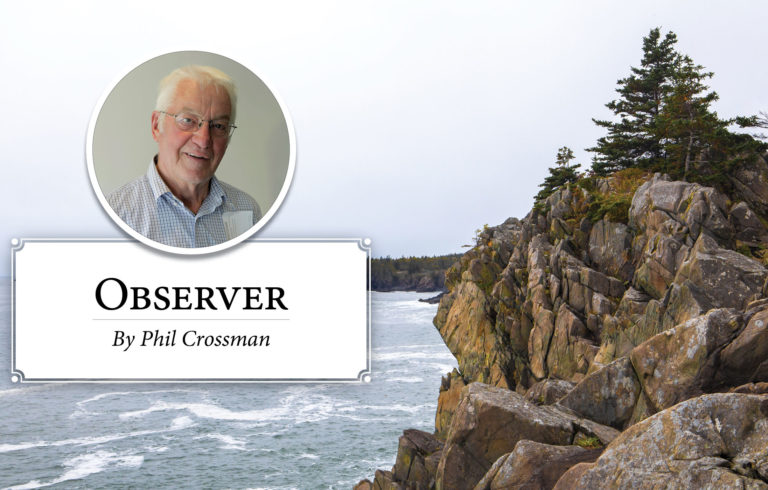 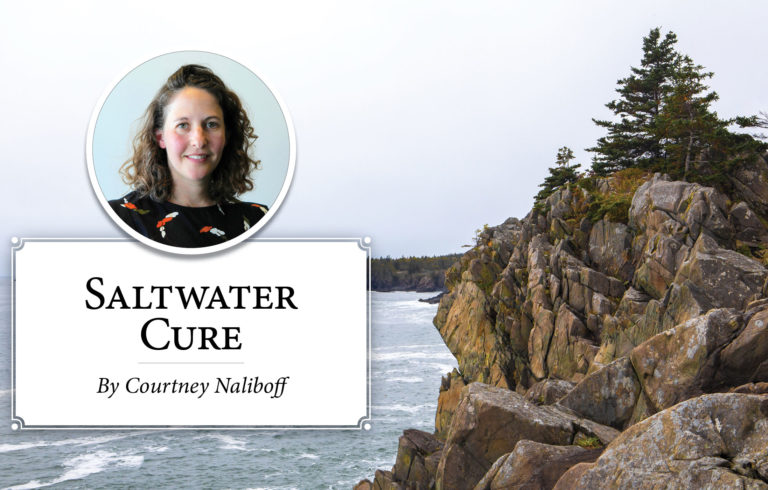 A very long swim, a new view of my island