The lobster fishery is a critical part of the United States and Canadian economies. In 2013, the U.S. fishery landed $463 million worth of lobsters ($385 million of which were landed in Maine) and the Canadian fishery brought in approximately $680 million. Landings have been up over 80 percent in both areas since 2007 and are continuing to rise.

Due to rapid changes in the ecosystem and implications for the fishery, the U.S. and Canada have joined forces to host a biennial Lobster Science Symposium. This year’s meeting was in Prince Edward Island (PEI) in November, and presenters shared exciting new results:

A “clash of crustaceans” study has been underway in Great Bay, N.H., to determine how invasive European green crabs are interacting with lobsters. According to Elizabeth Morrissey and colleagues at the University of New Hampshire, lobsters inhabit the cooler, more “cobbly” habitats closer to the mouth of the estuary, whereas green crabs are more abundant in warmer, muddier areas further up the estuary around the shellfish grounds. This could be a habitat preference, or due in part to the fact that the researchers found that more often than not, lobsters eat green crabs in lab studies, regardless of size.

An intestinal parasite transferred from eider ducks to green crabs has been discovered in lobsters in Nova Scotia. While green crabs are voracious predators, they don’t actually eat eider ducks. They do, however, eat duck feces, taking in the parasite. Fortunately, the parasite, Polymorphus botulus, does not affect humans and can be easily killed by freezing and heating. It can have negative impacts on green crab behavior and the impacts on lobsters could be similar.

Fraser Clark from the Atlantic Veterinary College at the University of PEI is investigating if the recent discovery of this pathogen in lobsters is due to the use of green crabs as bait in Nova Scotia. He found that the incidence of infected lobsters is much higher at sites where they use green crabs as bait, however the link has not yet been confirmed. At this point, he recommends a cautious approach when using green crabs as bait.

Rémy Rochette’s work at the University of New Brunswick indicates that since the 1960s, summer sea surface temperatures have increased an average of 1.0-2.5 degrees Celsius over the geographic range of the American lobster. In areas where this translates to an increase from 50 degrees Fahrenheit to 53.6 degrees, larval lobster are developing much faster, in 37 days compared to 57 days.

In areas where it is warmer still (60.8 degrees Farenheit to 64.4 degrees), a smaller difference is seen, but development time still decreases from 20 to 16 days. This will have implications for dispersal distance of larvae.

University of Maine graduate student Jesica Waller studied the impact of increased CO2 (750 parts per million) and temperature (66 degrees Farhenheit) on larval lobsters in experiments at Bigelow Laboratory. These conditions are expected to occur by the year 2100.

Waller found that in elevated temperatures, larval lobsters experienced faster development rates, increased mortality and increased respiration, whereas in higher CO2, development, mortality and respiration were no different than present day conditions. This suggests that elevated temperatures may cause more problems for larval lobsters than acidification.

Mussel aquaculture farms provide habitat, through the use of blocks and vertical lines, and more mussels on the seafloor, both of which attract organisms such as crabs, starfish, lobsters and fish. Using acoustic tags on lobsters under and adjacent to a mussel farm off of Magdalen Island (between PEI and Newfoundland), Emilie Simard of the Institut des Sciences de la Mer in Quebec was able to track lobster movement beneath and around the farm.

Previous studies found higher lobster abundance under mussel farms, and Simard’s study found that lobsters under the farm used a smaller area and concentrated their activity compared to those outside the farm. Larger lobsters, in particular, spent more time under the farm. The lobsters may be attracted to the habitat and food resources found at the farm.

The average observer probably can’t differentiate between our American lobster and the European lobster. But Ann-Lisbeth Agnalt from the Institute of Marine Research in Norway can, and she is not happy to find the Americans showing up in Norwegian waters. “Please stay out,” she says. “You don’t want our green crab. We don’t want your lobster.”

And you can’t blame her. Agnalt is concerned about disease introduction, crossbreeding, and unforeseen ecological interactions. In fact, to date, 60 lobsters have been genetically identified as American lobsters in European waters, the most found in Norway and Sweden. In Norway, seven American females with eggs have been discovered.

What’s worse is that some have successfully mated with European male lobsters in the wild. The resulting hybrid larvae have some problems, with over half having asymmetric development. And, yes, some of the Americans found in Europe have shell disease. Since 2009, six in total, and all in Norway. So you can understand Agnalt’s concern! 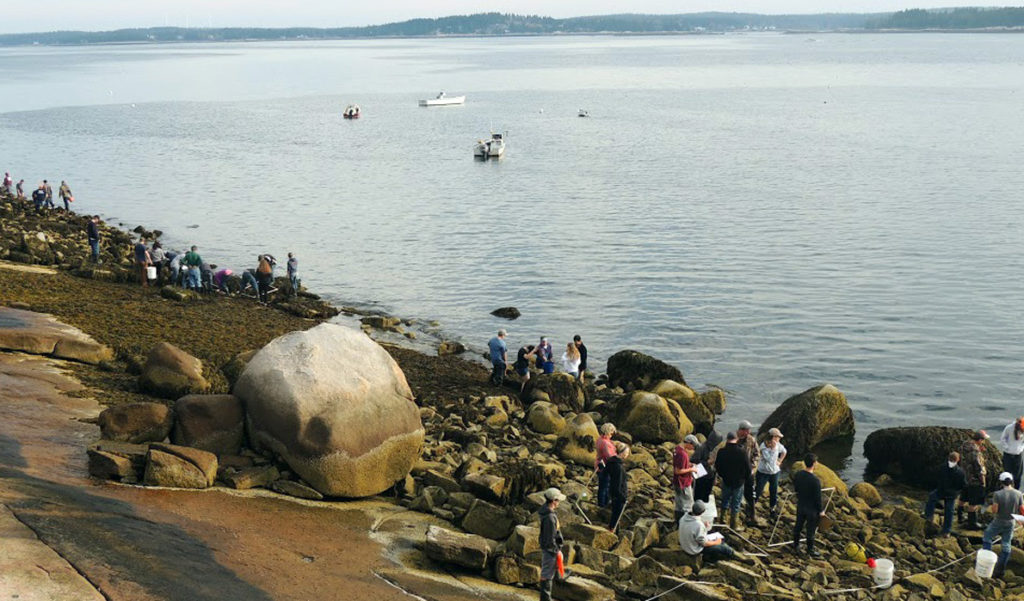